As another president once remarked in a different context — LBJ speaking to a hanger full of gruntsin Vietnam — “go on out there, boys, and nail that coonskin to the wall!” That was around the time the war was looking like a lost cause, with 1000 soldiers a month coming home in a box and even the Rotarians of Keokuk, Iowa, starting to doubt the official story of what exactly we thought we were doing over there. It was also, arguably, around the time America stopped being, ahem, “great” and commenced the long, nauseating slide into idiocracy and collapse.

The news media has taken LBJ’s place in today’s Wile E. Coyote phase of our history, cheerleading the congressional hunt for the glittering golden scalp of You-Know-Who in the White House. They got all revved up on Friday in a New York Times front-page salvo with the headline: F.B.I. Opened Inquiry Into Whether Trump Was Secretly Working on Behalf of Russia. The purpose of this blast was to establish the high and grave seriousness of Robert Mueller’s Russia Collusion investigation, because otherwise the yarn has completely shed its credibility. Note: it was around paragraph nine in the story that the team of three Times reporters inserted the sentence that said, “No evidence has emerged publicly that Mr. Trump was secretly in contact with or took direction from Russian government officials.” The idea, you see, was to simply drag the teetering narrative back onstage to titillate the paper’s Creative Classnik readership who desperately want to nail that Golden Golem of Greatness to the wall, scalp, paunch, tiny hands, and all.

The CBS 60 Minutes Show took its turn last night with a puff piece on Elijah Cummings (D-Maryland), incoming chairman of the House oversight Committee, which, CBS interlocutor Steve Kroft delighted in pointing out, “can investigate any [old] thing.” And so, Rep. Cummings will be the ringmaster of this new “Greatest Show on Earth,” aimed at climaxing in an orgasmic impeachment operation. Mr. Kroft could hardly contain his glee onscreen.

The facts say something a bit different about the actual reality-based Russia Collusion case, namely, that it’s been a two-year smokescreen to cover the collective ass of a rogue leadership in the Department of Justice and its step-child, the FBI, who deliberately and repeatedly broke the law in dishonestly pursuing a way to annul the 2016 election result. It also reflects darkly on the Obama White House and its participation in all this huggermugger. Wads of information around this matter also came out in the past week — which you can be sure the news media would not touch — including congressional testimony from last July with former FBI lawyer, Lisa Page, revealing that the traffic controller for the so-called Steele Dossier was one John Carlin, Assistant Attorney General at the time, and formerly then-FBI Director Robert Mueller’s chief-of-staff. Ms. Page herself characterized Mr. Carlin as “a political appointee.” Was he Mr. Mueller’s clean-up man? 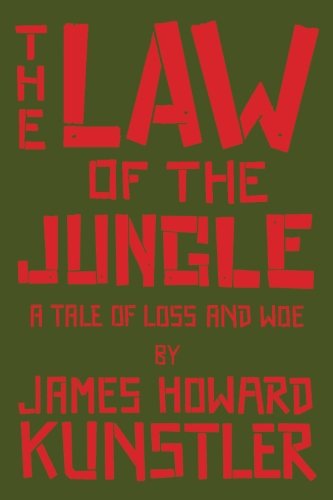 What was there to clean up? For one thing, that the Steele Dossier was never properly verified when it was used as a predicate to commence spying operations against Mr. Trump and people who had worked for him in the campaign and afterwards. In fact, it was revealed last week that a file exists proving that the FBI didn’t follow verification procedures before the Dossier was submitted to the FISA courts for warrants to surveil the Trumpistas. Mr. Carlin’s role was also to coordinate the Hillary email investigation with then-AG Loretta Lynch and Barack Obama’s White House. He resigned shortly after then-NSA Director Michael S. Rogers was alerted that the FBI was abusing the NSA data-base to spy on Trump (as reported by Jeff Carlson at Themarketswork.com.)

The purpose of the Russia Collusion narrative was to buy time for Mr. Mueller to come up with an obstruction of justice case on Mr. Trump, which was becoming increasingly difficult to do, and still apparently hasn’t been accomplished. Meanwhile, the actual malfeasance evidence against Mr. Mueller, Deputy AG Rod Rosenstein, and a long cast of characters mounts steadily and raises the question of when the spotlight will be turned on them, and who will throw the switch.