It would be gratifying to Karl Marx, born 200 years ago in Trier, Germany. In a New York Times tribute headlined, “Happy Birthday, Karl Marx. You Were Right!” philosophy professor Jason Barker declared that “educated liberal opinion is today more or less unanimous in its agreement with Marx’s basic thesis” that capitalism is fatally flawed. But that presumption is true only if “educated liberal opinion” simply does not care about tyranny.

Trier, Germany, held a huge birthday celebration highlighted by the unveiling of a 5,000-pound bronze statue of Marx donated by the communist Chinese government. Jean-Claude Juncker, the president of the European Commission, gave a speech lauding the communist theoretician, declaring that

Karl Marx was a philosopher, who thought into the future, had creative aspirations, and today he stands for things which is he not responsible for and which he didn’t cause…. One has to understand Karl Marx from the context of his time and not have prejudices….

Juncker hyped Marx’s doctrines to claim that European governments need to give more handouts to fulfill citizens’ “social rights.” Daniel Kawczynski, a British member of parliament whose family had fled communist Poland, denounced the celebration: “I think it’s in very poor taste. We have to remember that Marxism was all about ripping power and individual means away from people and giving to the State. Marxism … allowed a small band of fanatics to suppress the people.”

Unfortunately, as decades have passed since the fall of the Soviet Union, romanticism is deep-sixing the bitter facts of the lives people in communist regimes were forced to live. British Guardian columnist Paul Mason hailed the Soviet takeover of Russia for providing “a beacon to the rest of humanity.” But Marxism in practice didn’t work out so well. Communist regimes produced the greatest ideological carnage in human history, killing more than a hundred million people in the last century. Many zealots believe that it is unfair to Marx’s legacy to hold him culpable for the perennial savagery by regimes that invoked his name. But the seeds of tyranny were there from the start.

Marx’s salvation scheme was built on a mystical foundation supplied by German philosopher G.W.F. Hegel. Though the New York Times eulogy for Marx touted Hegel as an advocate of a “rational liberal state,” Hegel was derided in his lifetime as the “Royal Prussian Court Philosopher” and for promoting the notion that the State is “inherently rational.” Hegel deified government, asserting that “the State is the Divine Idea as it exists on earth” and “all the worth which the human being possesses — all spiritual reality, he possesses only through the State.” Hegel scorned any limits on government power: “The State is the self-certain absolute mind which recognizes no authority but its own, which acknowledges no abstract rules of good and bad, shameful and mean, cunning and deceit.”

Marx, perhaps blinded by Hegel, never recognized the inherent danger of Leviathan. Nor did Marx explain how communism would actually arise after the demolition of capitalism. Equally important, he never even attempted to reveal how the State would “wither away” after the “dictatorship of the proletariat” commenced. Marx’s humanitarian piffle did nothing to deter Lenin from decreeing that “liberty is so precious that it must be rationed.”

Marxists assumed that vastly increasing government power was the key to liberating humanity. But all-powerful regimes quickly become ends in themselves. In 1932, Soviet dictator Joseph Stalin decreed the death penalty for any theft of state property. In Ukraine, where millions were starving because of the brutal collectivization of farms, even children poaching a few ears of corn could be shot.

The history of communism proves there will never be a shortage of intellectual apologists to sanctify any and every atrocity. In 1936, Sidney and Beatrice Webb, two prominent British socialists, justified Soviet repression because “any public expression of doubt … is an act of disloyalty and even treachery” to central economic planning. Thus, to liberate people with food and clothing, government was entitled to execute anyone who criticized the Five Year Plan for agriculture and textiles. The Webbs glorified Soviet ethical doctrines: “Paramount is the injunction to abstain from and to resist ‘exploitation,’ meaning any employment of others at wages for the purpose of making a profit out of their labor.” The Webbs observed that “abstention from exploitation is the ethical duty that is … most forcibly and frequently impressed on the youthful mind.” They presumed that all private contracts are exploitative and that politicians would never abuse their power by exploiting those under their thumb.

Economist John Maynard Keynes hailed the Soviet Union in 1936 as “engaged in a vast administrative task of making a completely new set of social and economic institutions work smoothly and successfully.” American churchman Sherwood Eddy wrote in 1934, “All life [in Russia] is … directed to a single high end and energized by such powerful and glowing motivation…. It releases a flood of joyous and strenuous activity.” American philosopher John Dewey visited the Soviet Union and proclaimed upon his return, “The people go about as if some mighty, oppressive load had been removed, as if they were newly awakened to the consciousness of released energies.” Jean-Paul Sartre, France’s most respected postwar philosopher, declared, “Soviet citizens criticize their government much more and more effectively than we do. There is total freedom of criticism in the USSR.” After controversy erupted in France in 1997 over a book that claims communist regimes had killed nearly 100 million of their own citizens, a French Communist Party spokesman sought to differentiate Stalin and other communist leaders from Hitler: “Agreed, both Nazis and communists killed. But while the Nazis killed from hatred of humanity, the communists killed from love.”

While many Western intellectuals painted the Soviet Union as a utopia, some communists had fewer illusions. In 1928 Grigori Pyatakov, one of six Soviet leaders personally named in Lenin’s last testament, proudly declared, “According to Lenin the Communist Party is based on the principle of coercion which doesn’t recognize any limitations or inhibitions. And the central idea of this principle of boundless coercion is not coercion by itself but the absence of any limitation whatsoever — moral, political, and even physical. Such a Party is capable of achieving miracles.” Pyatakov was one of the stars of the 1937 Moscow show trials, confessing to ludicrous charges of sabotaging mines in Siberia, and was executed shortly thereafter.

Marx’s hostility to private property guaranteed boundless tyranny.  Property rights are the border guards around an individual’s life that deter political invasions. Socialist regimes despise property because it limits the power of the State to regiment the lives of the people. A 1975 study, The Soviet Image of Utopia, observed, “The closely knit communities of communism will be able to locate the anti-social individual without difficulty because he will not be able to ‘shut the door of his apartment’ and retreat to an area of his life that is ‘strictly private.’” Hungarian economist János Kornai observed, “The further elimination of private ownership is taken, the more consistently can full subjection be imposed.”

Marxist regimes felt entitled to inflict unlimited delusions on their victims — for the good of the people, or at least proletariats. East Germans were told the Berlin Wall existed to keep fascists out — even though all the killings by border guards involved East Germans who were heading West. Marxism promised a utopia, and that unsecured pledge sufficed to treat subjects like serfs bound to endlessly submit and obey. Anyone who tried to escape was treated as if he were stealing government property. 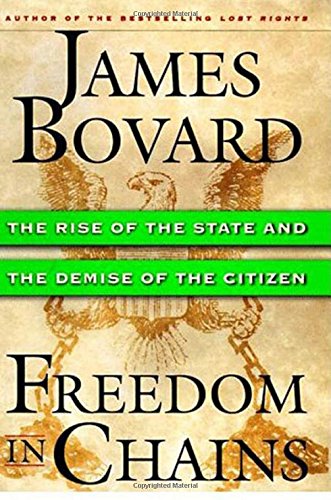 Communism is still often portrayed as morally superior to capitalism because it banishes greedy corporations poisoning people for profit. According to Marxist theory, environmental problems cannot arise in socialist countries because man and nature are by definition in harmony. But Eastern Bloc regimes became a vast graveyard for Mother Nature. Pollution was pervasive largely because of the deification of economic plans. As long as the factories roared and industrial output rose, it didn’t matter that people and everything else were dying.

I traveled behind the Iron Curtain many times in the mid to late 1980s to study first-hand the results of Marx’s philosophy. I saw pervasive fear in the faces of emaciated people on the streets of Bucharest, Romania, and I saw the terror in the eyes of young Czechs when anyone touched on the subject of politics. I encountered border guards who flew into a tizzy at any piece of paper that might contain subversive ideas. And I witnessed legions of Western apologists who always insisted on giving communist regimes more time and more Western handouts to redeem themselves.

Marx continues to appeal to social justice warriors, thanks to axioms such as “from each according to his ability, to each according to his need.” And who determines “need”? The presumably omniscient, benevolent State. Marxism promised to end the “class struggle,” but it did so by subjugating almost everyone to officialdom. As Yugoslavian dissident Milovan Djilas observed in 1957, communism begot a new class of supreme bureaucrats with their own vested interest to perpetuate their power. Abolishing private property left people hostage to petty government officials who kept their jobs by punishing anyone who failed to kowtow to the latest dictates. As Leon Trotsky explained, “In a country where the sole employer is the State, opposition means death by slow starvation … who does not obey shall not eat.”

Regardless of Marx’s intentions, his doctrines spurred perpetual dread in hundreds of millions of victims. But it was criminally naive to expect happy results from any system that bestowed boundless power on politicians. Two hundred years after Marx’s birth, never forget that a philosophy that begins by idealizing government will end by idealizing subjugation.

This article was originally published in the October 2019 edition of Future of Freedom.