When the first demonstrations on the streets of Paris were reported seven weeks ago, nobody could have foreseen the endurance, the tenacity and the viral effect of the Yellow Vests movement. After all, the French are known to protest and to strike, it’s part and parcel of their culture. However, by the time this article is being written, protests, marches and demonstrations have broken out in a multitude of European cities.

Why was it different this time?

To begin with, it is worth taking a closer look at the situation in France, the point of origin of this “contagion”. There are a few very important elements that set the Yellow Vests apart from past protesters. For one thing, unlike previous demonstrations, this one wasn’t led by the unions, nor was it organized by any identifiable political body. The protesters had no unified or homogenous political beliefs, party affiliations or ideological motivations. In fact, through interviews and public statements of individuals taking part in the demonstrations, it would appear that any organized elements, or members of the far-left or the far-right were a slim minority among the protesters. And while those few were the ones largely involved in the violent clashes with the police and the destruction of private and public property, the crushing majority of the Yellow Vests were peaceful, non-violent and largely unaffiliated with any particular political direction.

As the movement grew and spread, many political figures have tried to co-opt it, without success. Front National’s Le Pen, hardline leftist Melenchon, far-left factions and various union leaders, all tried to place their flag on the Yellow Vests, claiming that they align with and can represent their grievances. They all failed. The Yellow Vests might contain individuals with all kinds of political inclinations, but as a whole, the movement remains apolitical, and if anything, suspicious and hostile to the political class in its entirety.

The evolution of the grievances themselves is also of particular interest. What started as a protest against a new fuel tax, gathered momentum and ended up being about the economy, the cost of living and the public resentment toward the establishment. These underlying problems that the Vests are protesting against are far from unique to France.

Even though Yellow-Vest-inspired protests were reported in many European countries, the most extensive demonstrations took place in Belgium, Hungary, the Netherlands and Spain. The causes and aims of most of these protests were not aligned with their French counterparts, as the citizens of different countries had different grievances. For example, in Belgium the focus was on immigration and in Spain on the Catalan independence. With the notable exception of the Hungarian protests, that we will look into later, the rest of the demonstrators’ complaints did have one thing in common: No matter what headline issue their complaints were wrapped in, the core problems were largely of an economic nature, while they also targeted the political class that is widely seen as being out of touch with reality.

The corrosion of purchasing power, the ever-increasing taxation levels, the restriction of business and free markets through regulations and manipulations, are issues most of us face in the West. Add to that mix the surge in immigration of the past years and the projected nonchalance of the political leaders, and it’s plain to see how discontent came to its current boiling point. During the demonstrations, the French chanted “Couper la tête du roi!” (cut off the king’s head!) and the sentiment appears to be shared by their protesters across Europe. Only in France, over 4,500 people have so far been arrested in connection with the Yellow Vest movement, in an environment highly corrosive to “Liberté” and “Égalité” and toxic to “Fraternité”. The combination of these issues manifests in a decrease in the quality of life of all citizens, however, it is the working and the lower-middle class that feel it the most. And it is these citizens that have been taking their grievances to the streets over the last two months.

What is especially problematic at this stage is the way the establishment is choosing to resolve those complaints and to deescalate the demonstrations. President Macron, the first one to capitulate to the demands of the Yellow Vests, chose to scrap the fuel tax hike and to provide an increase of the minimum wage, as well as a tax cut for most pensioners. These measures are set to place the county’s already strained budget under severe additional pressure. As a result, the short-term financial relief that the protesters have won is bound to be massively overshadowed by the long-term effects of their government’s excessive spending. The way President Macron, and the other leaders who will likely soon follow chose to appease the protesters and his concessions just to stay in power will only serve to make the economic situation much more dire for the public and make the problems they protested about much worse. 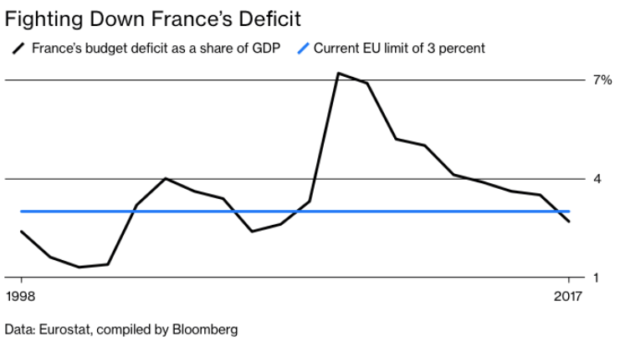 Overall, the sharp dissatisfaction of the public with the way things are, esp. in Europe, is becoming increasingly apparent and hard to ignore. Nevertheless, short-sighted demands and corresponding capitulations do next to nothing to solve the real, underlying issues that forced the people to the streets in the first place. The refusal of the French Yellow Vests to stop their protests even after President Macron’s concessions proves that their concerns run much deeper and cannot be papered over that easily. So far, the Yellow Vest movement has shown great promise in its potential to bring about change, yet at the same time it has also shown troubling signs of a collectivist and statist inclination, that, much like the original French revolutionaries, might simply replace one centralized and illiberal system with another, updated version of the same idea.

This is highlighted by the exception of Hungarian protests, fueled by complaints that were of a very different nature than those in the rest of Europe. While the French, the Dutch, the Belgians, the Spanish and the rest of the protesters stood up against state overreach and the added pressures on personal and financial freedom, such as excessive taxation, unpopular immigration policies, denial of self-determination and similar issues, the Hungarians complained about the exact opposite. Opposing a wave of reforms misleadingly dubbed “slave labor” laws, the Hungarians actually protested a move by the government to throw out Soviet-era regulations and to liberalize and open up the labor market. By striking down laws that hitherto limited the amount of overtime that a worker has the right to accept, the reforms actually pave the road for a much healthier, competitive and robust labor force, where the state gets out of the way and each individual is free to work and earn more, if they so choose. The opposition and the resulting protests against this move are therefore a very worrying sign as to the true nature of the protesters’ motivations, a concern that might not be unique to Hungary.

In this backdrop of social unrest and contagion of demonstrations, it is important to remember that protests alone cannot be enough to solve anything. Without a viable solution, reasonable counter-proposals to the existing system and an open dialog on the core problems, one cannot hope for progress to be made. It still remains to be seen if the Yellow Vest movement will prove to be yet another political pressure group that still believes in centralized authority or if they see that the solution lies in the competition of ideas and in the understanding that “man is not a means to an end, but an end in themselves.”

As 2019 is set to pile additional pressures and challenges on the economy, with projected slowdowns and rising interest rates, the discontent will only spread. How this discontent will be vented and whether it will be productively or destructively channeled, will likely be defining questions for the long-term, not only socially and politically, but also economically. Nevertheless, for short- and mid-term, hopes for serious structural reforms, potent enough to steer us clear of the next debt-fueled crisis seem overoptimistic and even naive.

From an investor’s point of view, it might still too early to tell exactly when this avalanche will be triggered, however it is becoming increasingly clear that the current situation is unsustainable. As political and social tensions continue to rise and as the economy slows down enough to reveal the deep cracks in the system, responsible investors would be wise to be prepared and to plan ahead. In tumultuous times, precious metals are set to do what they always have: protect one’s wealth, retain purchasing power and provide a much-needed hedge and isolation from heightened systemic risks.

Previous article by Claudio Grass: Money: How Its Past Predicts Its Future