State of the Art

A new study in Science, “Quantifying reputation and success in art,” documents that in the contemporary art world, it’s less a matter of what you know than whom you know.

Art economist Magnus Resch writes in Art News this week of what he has learned from his database of prices paid for roughly 10 million works of art by half a million artists at more than 20,000 museums and galleries around the world.

Having your works displayed at most of these institutions is more or less a career dead end, while there are only a few royal roads to success.

The most lucrative network of all consists of six New York institutions—the Museum of Modern Art, the Guggenheim, the Gagosian and Pace galleries, the Met, and the Whitney—and one Chicago museum, the Art Institute. If you can make it there, you’ve made it everywhere:

An exhibition at one of these is a guaranteed ascent to fame and headline prices. It is the definition of artistic validation. 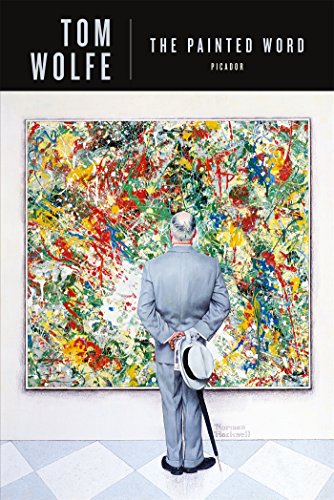 Once you’ve made it in one of the Big Seven, you have a strong shot at getting in several of the others.

But if you don’t get into this golden circle early in your career, you are likely doomed to perpetual obscurity. Resch writes in “Moneyball for the Art World”:

It was devastating to unfold this map. Ninety-nine percent of all institutions scored low and there was only one route to success. If an artist was not part of the central hub, he or she was stuck in an island network, where only limited success is achievable and probability is low to ever cross the bridge to the mainland. No more than 240 artists who began exhibiting in an island were able to enter the central hub. That’s 240 of 500,000.

Conversely, artists who start out in the big time tend to stay there:

Of the 4058 high–initial reputation artists, 58.6% remain in high-prestige territory until the end of their recorded career, and only 0.2% had the average prestige of their five most recent exhibits in the bottom 40%.

In other words, artists need to move to New York, as Tom Wolfe pointed out in his 1975 book The Painted Word. While painters are supposed to shock the bourgeoisie, they also need to stay conveniently close to the richest of the robber barons. Wolfe observed:

…you can get all the tubes of Winsor & Newton paint you want in Cincinnati, but the artists keep migrating to New York all the same.

In Resch’s new database, the Museum of Modern Art, which was founded in John D. Rockefeller Jr.’s living room, remains almost as dominant as it was during Wolfe’s young manhood: 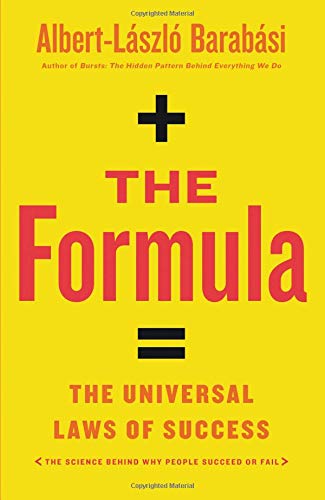 During the 1960s this entire process by which le monde, the culturati, scout bohemia and tap the young artist for Success was acted out in the most graphic way. Early each spring, two emissaries from the Museum of Modern Art, Alfred Barr and Dorothy Miller, would head downtown…. [From] the moment the two of them stepped out on Fifty Third Street to grab a cab, some sort of boho radar began to record their sortie…. They’re coming!… And rolling across Lower Manhattan, like the Cosmic Pulse of the theosophists, would be a unitary heartbeat: Pick me pick me pick me pick me pick me pick me pick me…. O damnable Uptown!

In a new book with the ambitious title The Formula: The Universal Laws of Success, Resch’s collaborator, Northeastern U. physicist Albert-László Barabási, writes of a natural experiment in the value of artistic self-promotion: In the 1970s, two teenage New York graffiti artists formed a collective they called SAMO (for “same old”). Their work was largely indistinguishable, but their financial fates after they parted in 1980 were not.

Today, Al Diaz is still scratching out a living, while Jean-Michel Basquiat died of a heroin overdose thirty years ago. But one of Basquiat’s paintings sold last year for $110.5 million, the highest price in Resch’s database.

Personally, Basquiat’s paintings remind me of the grotesque drawings of Ralph Steadman, who famously illustrated Fear and Loathing in Las Vegas. Steadman is no doubt a wealthy man, but his works don’t sell for nine figures.

Italy, the EUTo a Nation of Snowflakes