More Alike Than Unlike

Needless to say, [Woodrow] Wilson suffered from the Great American Malady, the belief that people all over the world are “more alike than unlike,” in other words, that they are just inhibited, underdeveloped could-be Americans saddled with the misfortune that they spoke another language.

EvKL examines the American left and World War One; as can be seen from the above cited passage, one focus is on that of the belief in the universal – and additionally messianic – nature of the American democratic system.

He offers the well-understood points of the prolonging of the war due to Wilson’s entry into the war; the desire of the British left for the war to be extended via America’s entrance; that it was also the American left that dove into the Second World War.  My focus, however, will be two-fold: the ideology of the left that drove it (and still drives it) to war, and the drive to follow utopian failure with the next utopian failure.

[Wilson] was working towards a Djihad, a holy war to extend what he considered the American form of government. 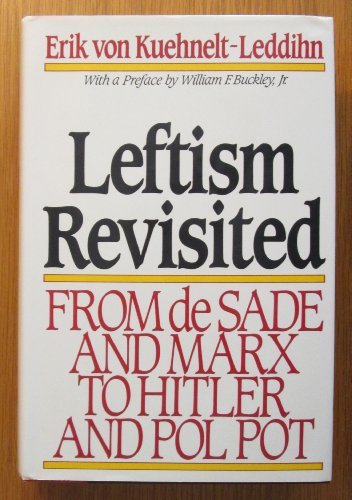 This was evident even earlier, in Wilson’s dealings with Mexico, as seen in a statement made by Walter Hines Page, Wilson’s ambassador.  The context is a discussion with Sir Edward Grey, Britain’s Foreign Secretary, and Wilson’s desire to force Mexico into a democracy.  Page concludes:

The United States will be here for 200 years and it can continue to shoot men for that little space till they learn to vote and rule themselves.

The only change in the last one hundred years is that the intervention no longer occupies a “little space.”

World War One is pointed to by EvKL as “a far more crucial historic event than most Americans think. …George F. Kennan is perfectly right when he says, ‘All the lines of inquiry lead back to World War I.’’’ I think this is right as far as it goes, but it doesn’t go far enough.  The Great War wasn’t born in a vacuum; the left that drove the world into and through this war – with no acceptance of truce or a less-than-total victory – did not come from nothing.

EvKL points to the anti-monarchism and the anti-Catholicism of Wilson; one can say much the same of the left since the time of the Enlightenment.  There are roots that produced the trees of the Great War; one does not commit suicide without some cause, some history, some events of distress, some loss of foundation and hope.

We are introduced to George Davis Herron, Wilson’s “left hand (in every sense lefthand!).”  EvKL offers that Herron’s thinking, in every way, encompasses the thinking of the progressive left of the time, and he is also perfectly aligned ideologically with Wilson. Some background, from Wikipedia:

George Davis Herron (1862–1925) was an American clergyman, lecturer, writer, and Christian socialist activist. Herron is best remembered as a leading exponent of the so-called “Social Gospel” movement and for his highly publicized divorce and remarriage to the daughter of a wealthy benefactor which scandalized polite society of the day.

Herron came to fame by challenging the right of the wealthy to their possessions and preaching a gospel of social redemption.  This earned him an endowed position at Iowa College, where he taught for six years beginning in 1893.  It was regarding the daughter of his benefactor to which the aforementioned remarriage refers.  The court awarded Herron’s now ex-wife (with whom he had five children) the fortune of Herron’s new wife in the settlement!

Politically, he was a supporter of the Socialist Labor Party of America during the 1890s.  In 1904 he delivered the nominating speech for Eugene Debs at the National Convention of the Socialist Party.

During the war, he was in Europe – having fled the US with his second wife to avoid the scandals of his divorce and remarriage.  While he saw the evils in England and France as bad enough, these could be cured; it was in Germany where an incurable disease existed.

Despite Wilson’s campaign slogans to the contrary, Herron vocally predicted Wilson’s secret mission and therefore his eventual actions; these all came true with America’s entry into the war in 1917.  He supplied intelligence garnered from his German academic contacts to the Allies during the war.

This was a Holy War of all the forces of progress, enlightenment, and tolerance against the most unholy alliance of the Vatican, “Mother of Harlots,” the Prussian Junkers, the wicked Hapsburgs and the Lutheran gun manufacturers of the Ruhr Valley!

In April 1917, at the time when a negotiated peace was still possible had not America joined the Allies, Herron – “tortured by the fear of a compromise peace” – would write: “Darkness is rising rapidly over the skies of the nations.”  To which it was replied by Romain Rolland: Herron was “a ‘virtuous hypocrite’ and a ‘gigantic idiot.’”

Wading through this mass of material one is simply terrified by the mixture of misinformation, naiveté, hubris, and goodwill which characterize the activity of this fantastic person.

He and Wilson finally meet at the Paris Peace Conference.  However, Wilson was familiar with Herron’s work – even writing a note of praise to the publisher of Herron’s book which called for no end to the slaughter until total victory was achieved.

…[Wilson] said that he read the book with “the deepest appreciation of Mr. Herron’s singular insight into all the elements of the complicated situation and into my own motives and purposes.”

Soulmates, I guess you could say.  Herron was fearful of premature peace, writing that he would be shattered (“sick unto death almost”) if such a thing were to come to pass.

Perhaps the meeting of critical importance was one held on February 3-4, 1918 between Herron and Professor Heinrich Lammasch on a confidential peace mission from Charles I, Emperor of Austria.  The proposal from Vienna was simple:

Lammasch described the envisaged transformation of the Austro-Hungarian monarchy into a federated political body in which, entirely in keeping with one of Wilson’s Fourteen Points, the individual nations (ethnic groups) should be “accorded the freest opportunity of autonomous development.”

Herron was tempted after the first day, but overnight decided against supporting this proposal.  After all, peace now would leave in place a monarch – and a Catholic!

Lammasch had been only an evil tempter. No, the Hapsburg monarchy had to go because the Hapsburgs as such were an obstacle to progress, democracy, and liberty. Lammasch returned to Austria a broken man.

Broken due to the rejection, no doubt; perhaps also broken because Herron thought it would be helpful (inspiring?) after the meeting to give to Lammasch two of his books that he had written against peace!

It was Herron who proposed to Wilson that Geneva (the home of Calvin and Rousseau, both of whom Herron admired) should be the home of the proposed League of Nations – Geneva also being Herron’s home during the war.

After the war [Herron] wrote from Geneva to William Allen White, “I labored unceasingly to make America a really messianic nation in this world crisis and to help the President in his divinely appointed stature.”

Like all idealists and utopians, he was disappointed with the results of his messianic dreams – he greatly disapproved of the “Treaty of Versailles which made a ‘perjury’ of official Allied war objectives.”

Herron’s Umsturz und Aufbau was published in German in 1920, since such a violent diatribe against the Paris Treaties could not have been brought out in the United States or in England.

Perhaps an inspiration to one of the greatest rhetorician of the twentieth century?  Speaking of whom…

Hitler could not have been more extreme in the denunciation of the Versailles Treaty whose “paragraphs abounding in ferocity, lust of conquest, contempt for the law, and lack of honor are as cruel, as shameless, as senseless, as vulgar….”

While not sure of the Bolsheviks, he could still write that the “future civilization of Europe is coming out of Russia and it will be at least an approach to the Kingdom of Heaven when it comes.”  When he saw that communism in Italy was failing to achieve his utopia, he fervently supported the fascist Mussolini.  Meet the new left, same as the old left.  Chasing one utopian dream after another.