By Jack Ravenwood
The Unz Review

We are now at year 55 since the assassination of President Kennedy in 1963. This defining event of the Baby Boomer generation still looms large over the American nation, ever finding new ways to stay relevant to contemporary events.

There have been two significant developments during the Trump presidency. First was Trump’s tweet in October 2017 saying that he would declassify all the remaining JFK files that the government is still withholding. I and many others who are interested in the JFK investigation were hopeful that this would happen, as I wrote in March of that year. While Trump’s supporters cheered and took it as further confirmation of Trump’s anti-establishment bona fides, the claim unfortunately turned out to be false. More than 15,000 records remain withheld, including some of the most important records that researchers have been waiting for, such as those on CIA man George Joannides.

Joannides, a mysterious figure whose identity was only discovered in the late 1990s, oversaw the agency’s relationship with a Cuban exile group that Lee Harvey Oswald was in contact with, and was then brought out of retirement in the 1970s in order to oversee the CIA’s relationship with the Congressional committee that had re-opened the JFK investigation. The Congressional investigators were led to believe that Joannides was just a regular CIA employee with no relation to the events in question. When House Select Committee on Assassinations chairman Robert Blakey finally found out, decades later, who Joannides really was, he admitted (to his credit) that he was wrong to think that the CIA had cooperated with his investigation, and that he should have believed his investigators like Gaeton Fonzi and Edward Lopez, who knew that the Agency was deceiving them, and tried to say so. 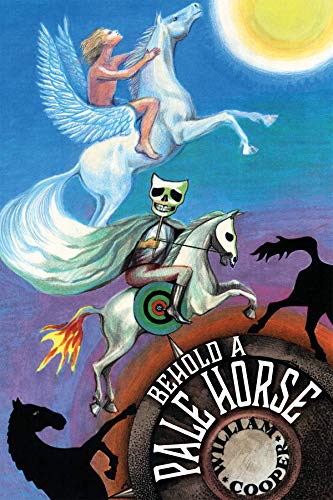 So we’re still waiting for all the JFK files, and President Trump has not pushed the CIA to disclose them. But with a tweet and a subsequent release of some previously classified material, most people have been convinced otherwise. Ask the average Trump supporter whether or not Trump released all the JFK files and they will likely say that he has. This is because most of Trump’s supporters, even otherwise intelligent and skeptical people, are strongly inclined to believe most everything that he says, (must be that master level persuasion) the same way that his detractors foolishly believe every negative story that the fake news media reports about him, including the conspiracy theory that Russia “hacked” the 2016 election.

(One important finding – to my knowledge totally unreported in any mainstream source – is that the stolen DNC emails were transferred at a speed far too fast to have been done by outside hacking, whether by Russians across the sea or teenagers down the block. Instead they must have been transferred onto a USB, by someone inside the DNC. Gee, I wonder who that could have been.)

But the biggest new story in the long tale of the JFK assassination and its cover-up is the emergence of Q.

With an ongoing series of posts on anonymous message boards known for being pro-Trump stomping grounds, Q – whoever he is or they are – has created a grand conspiracy theory on par with that of Milton William Cooper’s Behold a Pale Horse, or Chris Carter’s X-Files narrative (which I’ve always thought used material from Cooper).

The Q story holds that since President Kennedy’s assassination, if not before, the United States has been under the control of a shadowy entity which Q followers call “Cabal.” Within Cabal are all the bad guys of all the great conspiracy theories of the past hundred years, and more – the CIA, the Masons, the mafia, the black nobility, the Vatican, and even aliens. And they not only engineer almost every significant event that happens in the political and social landscape, from elections to blockbuster movies to false flag shootings, but they also commit the most heinous and unspeakable crimes, for the strangest of ritual and metaphysical reasons, that you can imagine.

Q says that Donald Trump was asked to run for the Presidency by a team of military generals and other assorted true patriots who have slowly and patiently coalesced behind the scenes, waiting for the right time to strike back against Cabal. Q says that President Trump and the Q team say a prayer to the departed spirit of JFK each and every day in the White House, to steel them for the battle against Cabal. Q says that John F. Kennedy Jr. was a close friend of Donald Trump, and either was killed by the Clintons to ensure Hillary’s Senate seat, or faked his own death and is still alive, helping Trump and Team Q fight Cabal behind the scenes. Some believe he might even be Q himself.

What a great story! Where is Chris Carter to turn this into a tv show? (Arkhaven Comics is already turning it into a comic book.) But then, times have changed, and one could argue that there is no need to turn it into a show, because it is already a show that we are watching in real time and following on social media. This would make Jean Baudrillard’s head explode, if he were still alive.

One of the remarkable things about the Q phenomenon is how it has reversed some of the beliefs and values that have long been held by conspiracy theorists. For example, ever since investigators during the Iran-Contra scandal found out about the REX-84 plan to suspend the Constitution and declare martial law in the event of a national emergency, people have worried that someday the government is going to round up all the patriots and stick them in a FEMA camp somewhere. (See the aforementioned William Cooper book for a typical presentation of this.) But now, with Q talking about military tribunals for the members of Cabal, many of the same people are applauding the idea of doing away with due process and Constitutional rights for those accused of a crime.

Q supporters often point to the bizarre exchange between Lindsey Graham and Brett Kavanaugh during the latter’s confirmation hearings. Graham made a point of establishing the legitimacy of such tribunals during times of war, noting that the United States has technically been at war since 9-11. This is seen as further evidence that Graham and Kavanaugh are both on Team Q and gearing up for “The Storm.” Apparently Graham’s years of shilling for the neocons’ war agenda are just water under the bridge now.

Kavanaugh likewise has been hailed by Trump and Q supporters as another fighter in the battle against Cabal. I’m inclined to believe that the sexual assault charges against Kavanaugh were false, especially because Blasey Ford’s testimony was so obviously constructed for maximum emotional effect and minimal legal accountability for perjury. (I’m also inclined to believe that Kavanaugh’s innocuous explanations of the various terms in his yearbook were bullshit. The only thing teenage boys like more than beer is sex.) But much more important than any of that is the fact that Kavanaugh is alleged to have helped cover up the likely murder of Vince Foster when he worked for Ken Starr’s investigation of Bill Clinton in the 1990s. A witness in the Foster case, Patrick Knowlton, recently recounted his experience with Kavanaugh during that investigation on Ed Opperman’s podcast. So how does Kavanaugh go from covering for the Clintons to being on team Lock-Her-Up?

Then there is the last case that Kavanaugh presided over before his appointment to the Supreme Court by President Trump. That was the case of Morley vs. CIA, which was brought about by journalist Jefferson Morley, who discovered the identity of the aforementioned George Joannides back in the 1990s. Ever since that time, he has been fighting the CIA in court to try to get the records on Joannides, so that historians and researchers can try to piece together his role in the events surrounding Lee Harvey Oswald and the JFK assassination. In a 2-1 decision, Kavanaugh sided with the CIA against Morley in deciding that, when a litigant successfully sues the government for records through the Freedom of Information Act, the government is not liable to pay their legal costs. This “incentivizes the CIA and other agencies to abuse FOIA and discourages investigative reporting,” because whereas the government has virtually unlimited resources to fight, stall, and stonewall in court, the average citizen journalist or investigator does not.

I can’t take a position on whether or not Q is “real,” i.e. someone actually connected to the President, simply because I have no way of knowing. The “Q proofs” that supporters offer up are not proofs at all, but some of them do indeed seem to defy explanation. But what is more significant is that President Trump is clearly in on the game. And what is even more significant is that the mainstream media, while publishing article after article about how stupid the Q theory is and how dangerous the Q followers are, never acknowledge Trump’s obvious acceptance of it, nor ask him to do anything about it.

The Q phenomenon could be killed in an instant, in a very simple way. All President Trump has to do is tweet: “Q is not real. It’s not anyone connected to me.” Boom. Done. But he hasn’t done that, or anything like it, such as having a friendly journalist pitch the question to him. For whatever reason, he wants Q to continue. Why? And why is the media scared to ask him about it, especially if they’re so sure that it’s just a larp, but nonetheless oh so very dangerous?

At least some of the benefit for Trump is obvious. The Q narrative paints him as perhaps the greatest President in American history, selflessly devoted to battling evil in the name of truth, justice, and the American way. Just like how many people think of JFK. Except that, whereas JFK is supposed to have been killed by the military-industrial complex, we’re now supposed to be rooting for the military-industrial complex as the good guys, fighting against the shadowy and nefarious Cabal. The plot has shifted from Seven Days in May to G.I. Joe vs. Cobra.

I don’t think that President Trump would continue to subtly encourage the Q phenomenon just for the ego boost, or for the few thousand extra votes it gets him. But I could be wrong – stranger things have happened in American politics.

We may yet learn the truth about who or what is behind Q. For those of us who believe that the prince of this world is the father of lies, it’s not impossible to believe that there are rich and powerful people who are as evil as Q says they are. And it’s difficult not to hope, in some part of your mind, that Trump really is what Q supporters believe him to be, and that The Storm really is going to round up all those “bad, bad people” that Trump called out during his campaign. But I’m not holding my breath, just like I’m not holding it waiting for the rest of those files.

I suspect, rather, that Q will disappear when the people behind him deem the time to be right, and no explanations will be forthcoming. Competing theories will emerge – it was a psyop, it was just an elaborate hoax, it was Trump himself, it really was JFK Jr.! – and researchers and historians will debate the minutiae, talking about how thesepieces of evidence point to this conclusion, but these other pieces of evidence point to that conclusion. And the question of Who Was Q? will take its place alongside that other historical mystery that I’m sure I and others will still be writing and wondering about five, ten, twenty years from now, and beyond: Who Killed JFK?