Crimea's 3000 Year History Holds Many Secrets of the Past, and the US Gov't Doesn't Want You to Study Them

If an American wishes to do historical research on Crimea using any of the social sciences they will realize that a wall has been constructed to prevent them from doing so.

I recently had an idea for a research project entitled “an anthropological study of Feodosia, Crimea”. The history of Feodosia produced a vast wealth of archeological treasures now underground that hold many secrets of the past. Academic research in this area, however, is almost impossible because the current American government has in place a de facto ban on all grant-based anthropological investigations of Feodosia. Why so?

Because Crimea is now part of Russia.

National Geographic – which gives out grants – mentions Crimea as a country on the “Targeted Sanctions Country list”.  If an organization calling itself National Geographic listing Crimea as a country isn’t bad enough, the government makes it clear that “Severe civil and criminal penalties could be levied for sanctions violations”. This threat alone is clearly intended to intimidate social scientists hoping to do research in Crimea. It has a chilling effect that seriously restricts academic freedom – a term whose meaning has already diminished significantly in the 21st century.

Here is a brief survey covering one thousand years of the rich history of this region that generated my interest in Feodosia: 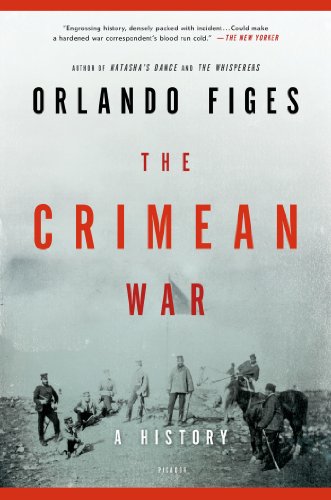 The earliest known inhabitants of the area now called Theodosia – as far back as the 8th century B.C. – were the Tauric people. The Tauri – famous in the ancient world for their virgin goddess- had a custom of sacrificing shipwrecked strangers to the goddess known to the Greeks as Iphigeneia. This became the basis for the play by Euripides entitled “Iphigeneia and Orestes among the Taurians”.

The city was officially founded as Theodosia by Greek colonists from Miletos in the 6th century BC. Interestingly, Western Philosophy was founded at almost the same time by Thales of Miletos –the “Father of Western Philosophy”. Presumably – since ideas and beliefs were often traded along with goods – the early Feodosians were aware of this new phenomenon although there is no documented evidence.

Having rich agricultural land and strategically located on the Western shore of Anatolia it was bound to attract interest from ambitious neighbors. And it did in the first century A.D. with the Roman invasion of Crimea.

This was followed by the sacking of Feodosia by the Huns in the 4th century A.D.

The Polovtsy practiced agriculture and also controlled trade between ancient Rus and the Black Sea. Controlling much of Crimea, the Polovtsy engaged in the sale of slaves and furs to Byzantium and the Islamic East. These people, for the most part, practiced the shamanist Täri religion as did their ancestors from Eastern Mongolia.

In addition to the Polovtsy there is evidence of Khazar settlements in this region. In fact, excavations in Feodosia have revealed Khazar artifacts dating back to the 9th century.

All of that precedes 1,500 years of the following history:

War with the Golden Horde. Feodosia’s role in the outbreak of the Black Plague spreading throughout Europe. Conquest by Genoa. Conquest by the Turks. Conquest by Imperial Russia. And finally… the invasion by and occupation of Nazi forces in WW II.

Unfortunately, the wall of sanctions that has been put in place prevents valuable research being done by Americans on this fascinating Crimean town. It is both shameful and scandalous that politics should be allowed to halt the advancement of the sciences. As an American academic and citizen I would like to urge the current president to dismantle the sanctions list.

“Please Mr. Trump…tear down this wall!”