The World’s Most Exclusive “Spy Club”

To understand the scope of the US government spying on its own citizens, not to mention the rest of the world, you need a long attention span.

A case in point is a lawsuit filed a decade ago by the Electronic Frontier Foundation (EFF) against the National Security Agency (NSA) and other government agencies. The lawsuit seeks to force the NSA to end its practice of “dragnet surveillance,” the interception and copying all internet traffic that passes through the US. The NSA refers to this surveillance program, which was exposed by NSA whistleblower Edward Snowden, as Stellar Wind.

The lawsuit relies in part upon an unclassified draft report published in 2009 by the NSA acknowledging Stellar Wind’s existence. But in a Kafkaesque irony which is common in litigation involving the NSA, the agency refuses to acknowledge the report’s authenticity, even though the NSA wrote the report. Thus, the NSA argues, the court must disregard the document and dismiss the lawsuit.

Help for the EFF arrived in an unexpected form earlier this month, when Edward Snowden himself filed a declaration stating that the report was in fact genuine. Now the Ninth US Circuit Court of Appeals must decide whether to allow the lawsuit to proceed. 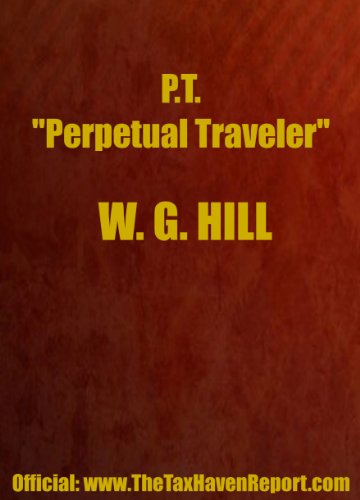 That’s thanks to a little-known surveillance consortium that is undoubtedly the world’s most exclusive spy club. Nicknamed “Five Eyes,” it’s a top-secret intelligence-sharing alliance that was formed in 1946, whereby members agree to share intelligence they collect with one another. The club’s first members were the UK and the USA. Canada, Australia, and New Zealand joined later.

Formally, the Five Eyes Alliance is a “multilateral agreement for cooperation in signals intelligence (SIGINT),” such as shared monitoring of the military communications of long-time adversaries like Russia and China. Although the existence of Five Eyes was revealed more than 30 years ago, it wasn’t until 2010 that US and UK authorities officially admitted it existed.

Members of the Five Eyes club have agreed not to spy on citizens of another member without permission. So, if domestic courts order the NSA to discontinue its Stellar Wind initiative, what do you think will happen?

The NSA will simply outsource data collection to one of its Five Eyes partners. Indeed, this type of outsourcing has been common for a long time.

For instance, in 1983, then British Prime Minister Margaret Thatcher requested that Communications Security Establishment, Canada’s equivalent of the NSA, spy on two ministers in her cabinet she suspected of not being loyal to her. The CSE obliged, with the entire operation carried out at the expense of British taxpayers.

Naturally, a club as exclusive as Five Eyes has prospective new members clamoring to join. After all, getting other countries’ surveillance agencies to spy on your political enemies is a pretty sweet deal for a powerful politician.

Thus, Five Eyes has been expanded to 14 Eyes, with the addition of Belgium, Denmark, France, Germany, Holland, Italy, Norway, Spain, and Sweden to the club. Israel, Japan, Singapore, and South Korea are also rumored to be part of this secret alliance.

It’s unclear if the additional countries have unfettered access to all intelligence gathered by the original five or even if the new members have agreed not to spy on each other’s citizens. And the official objective of the club is still to facilitate the sharing of military intelligence among members.

And yet, relying on foreign intelligence agencies to do the dirty work isn’t the only way that the NSA could continue to spy on Americans if it’s forced to curtail the Stellar Wind surveillance program.

Perhaps the most important option is Executive Order 12333, authorized by President Ronald Reagan in 1981. This order gives free rein to the NSA to spy on anyone if the surveillance takes place outside the US. And if the NSA “incidentally” collects the contents of a communication within the US, the order allows it to be retained.

In today’s networked world, “incidental” collection of data is more the rule than the exception. For instance, all major domestic email providers have backup servers outside the US. To retrieve the data, all the NSA needs to do is to tap into these servers – a capability the Snowden leaks demonstrated it has practiced for years.

The bottom line is that if you want to “privatize” your communications, you’ll need to work at it by encrypting every aspect of your electronic existence. Today wouldn’t be too soon to start that effort.

The US Has Built 800+ Military Bases WorldwideRevenge Is Mine