The Constitution of Unlimited Federal Authority

Once again I have been reminded that September 17th was Constitution Day, the federal observance of the ratification of that power giving political document. How unwarranted to honor this piece of parchment that was used to vastly increase federal power. In fact, it was prepared in complete secrecy behind locked doors, with armed guards for security during the process. Given that the members of the constitutional convention were drafting what is now referred to as the “law of the land,” a completely new governing system, the total secrecy and reasons given for that secrecy have never proved valid in my opinion. In addition, the claim that this document protected liberty, while at the same time politicians plotted in secret to overthrow the current system for one of their choosing, one that created a much more powerful central federal system, is a contradiction impossible to ignore.

It is no secret that I do not worship the Constitution as so many seem to do. Most hold it sacred, and a few hold it in contempt. I am in the latter camp. When I take a pragmatic approach in analyzing this loose set of rules constructed by a small group of politicians, I find holes that are difficult if not impossible to repair. This leads me to understand that there is more to this document than meets the eye. In other words, it is not something to be sanctified; it deserves much scrutiny. This is the opposite approach from the norm, but one that allows open investigation of those who drafted it and their true motives, instead of shrouding them under a protective halo.

Can anyone even imagine today a few politicians on their own and in secret, Democrats or Republicans, or any combination of the two, overhauling the government, creating a new set of rules replacing the current government, and drafting those rules by secret ballot?

“If only we could get back to the Constitution.” I have heard this phrase uttered an untold number of times, but what does it mean? It means nothing to me, for it is not a worthwhile argument or for that matter, any argument at all. It places reverence on a political document, and any thinking person should be able to understand that if the protection of individual rights is due to a constitution drafted by politicians, then he has no rights at all.

Politicians, legal scholars, professors, academics, and any number of others are fond of claiming that the U.S. Constitution severely limits government, and protects the individual from tyranny. They claim that all federal powers are explicitly limited due to the written restrictions contained in that “founding” document. This is simply not true.  Where are these so-called restrictions? There are none as far as I see in Article 1, Section 8, and this is the one article that outlines all the powers of Congress. In part, it authorizes the power to tax, to provide for the common defense, to provide for general welfare, to borrow money at will, to regulate all commerce, to coin (control) money, among many other powers. In addition, the final power authorized in the powers clauses allows government to make any laws necessary for carrying out these powers. Reading this section of the Constitution, regardless of the rest of this document, and believing that government power is restricted is an exercise in futility. The government certainly has never viewed its power as restricted, and for good reason.

There are those who choose to defend the Constitution by isolating the different powers mentioned, especially by using what the Founders said in non-binding papers, private letters, and after its drafting to support their argument. This is usually a defense based upon the “intent” of the signers. This is not only an empty argument, but is an impossible claim. Pretending to understand the intent of a politician in the 18th century is ludicrous when considering how written law should be interpreted. Even if particular individuals responsible for drafting the Constitution spoke out later to clarify what they actually meant, how is this useful given that the document had already been implemented and made law with only the original language evident?

One example worth mentioning is the continual argument about the general welfare clause. This was mentioned twice in the body of the Constitution. The first was in the preamble, which is irrelevant, due to the fact that no power was given, and could not be given in that section of the Constitution. But it was mentioned again in the powers given to Congress in Article 1, Section 8. There, explicit power was given for Congress to provide for the general welfare. Because nothing specific is outlined concerning this power, no restriction is evident. That is why Congress from the very beginning, due to this non-specific language, abused its power concerning the general welfare clause.

Yes, Madison and others claimed that the general welfare provision in the Constitution was never meant to be an unlimited power for spending or for any number of other abuses by Congress. Do his words mean anything given that the language granting those powers was never changed? Why were all the powers given in Article 1 of the Constitution so broad in nature in the first place if they were intended to be restrictive? Open-ended language granting power to government is never able to restrict, it is only an allowance for abuse. Whether accidental or by design, it has been a nightmare, and if the original language was unclear, why has it never been amended? 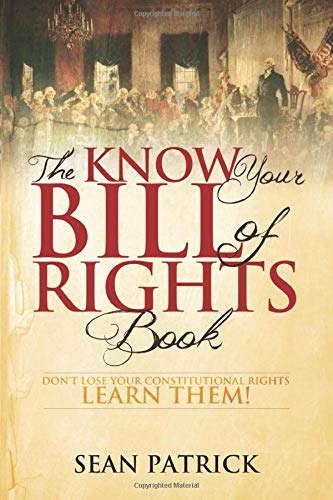 Due to the language used in Article 1, Section 8, it is much more evident that this spending can be justified more easily than it cannot. Words mean things, and the words in the Constitution, especially in the powers clauses, are not meant to restrict, but to allow for unlimited interpretation. The drafters of the Constitution were some of the most brilliant minds of the time, but those defending the Constitution and its framers must assume they were idiots. Why would they allow such loose language, language that obviously would be misconstrued and abused? If they wanted to put into law clear restrictions on government, why would they be so careless by not being specific in their demands? Why would they leave open to doubt the powers of government if liberty is what they sought?

If freedom and liberty are to be evident in this society, government must be held down. No constitution can save us, nor can it provide liberty for the individual. No constitution written by politicians should be revered. It should instead be shunned. The enemy of freedom is government, and if any government is to exist, it should have only one mission and only enough power to protect that singular mission. That is to protect the natural rights of the individual, nothing more.  Consider these words of wisdom by Ludwig von Mises:

“Government is in the last resort the employment of armed men, of policemen, gendarmes, soldiers, prison guards, and hangmen. The essential feature of government is the enforcement of its decrees by beating, killing, and imprisoning. Those who are asking for more government interference are asking ultimately for more compulsion and less freedom.”

No truer words have ever been spoken. The only way to have government by the people is to have little or no government at all.

Has Russia Given Up on the West? Heroes & Whores