Progress: The Road to Utopia or Dystopia?

Scientific Proof of Our Unalienable Rights: A Road to Utopia is an intriguing title for a book.  In it Michael T. Takac weaves the concept of unalienable rights from Jefferson’s Declaration of Independence, (life, liberty, and the pursuit of happiness) with the Constructal Law of Adrian Bejan:

For a flow system to persist in time (to live) [Life], it must evolve freely [Liberty] such that it provides greater access [the pursuit of] to its currents [Happiness (positive feedback)].

The square brackets are Takac’s insertions into Bejan’s Constructal Law.

I preface my remarks about the book with the general impression that I would agree with Mr. Takac on virtually all questions of the day if we were discussing them over a cold beer sitting at a bar. But he presents a theoretical thesis, in fact as the title indicates a scientific proof, that was not convincing for me.

I have noted before that while the Constructal Law seems to apply to almost everything (in the inamanimant world and perhaps in the animal world), I think its application to human affairs is problematic. That is, as applied to the human world I believe it becomes a metaphor, one that can be instructive, but not always true nor quantitative.  For example, the application of the Constructal Law might begin with the absolute law of flow of heat from high temperature to low, or a chemical species from high concentration to low; and from this basis it can be illustrated why tree like distribution patterns occur. 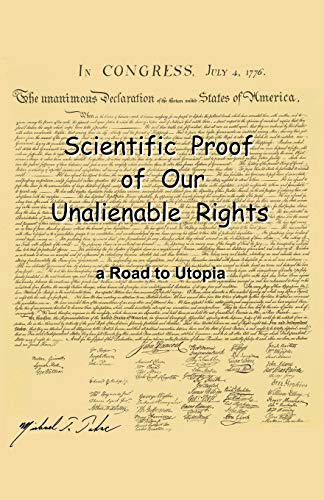 Now consider an example of human action, the concentration of human beings on the surface of the earth. Over the centuries there has been a movement from the low population concentration of the countryside to the high concentration of large cities. But often there is also a flow from the same cities to the lower concentration suburbs. We can dissect these cases to have a better understanding of why they occur, but the point is that human affairs do not exhibit the consistency (constants) for accurate quantitative prediction and perhaps even the prediction of the sign (direction) of action. In economics, Steve Patterson has insightfully explained, we must be precise to note ceteris paribus, all things being equal, for aprioris statements. But as he alludes to some examples, in human affairs we can never have this controlled experiment, things are never exactly equal.

Furthermore, Takac seems to imply, from the title at least (The Road to Utopia), that the Constructal Law will predict, scientifically, that the human condition will continue to “progress.”  I put progress in quotes because to me it is a loaded word. Specifically, the progressives have been a blight on humanity (e.g., see Jeff Deist).

It can go without saying that there has been tremendous economic and technical progress, that I believe has emerged primarily from our Western civilization and has, and continues to, spread to much of the rest of the world; but this progress leaves aside the human condition in the form of the civilization itself that has been the source of this progress. Consider the Steven Pinker-Jordan Peterson interview on progress, especially Pinker’s book on statistical progress Enlightenment Now.  The blurb on Amazon states that “If you think the world is coming to an end, think again: people are living longer, healthier, freer, and happier lives, and while our problems are formidable, the solutions lie in the Enlightenment ideal of using reason and science.”  Perhaps all does seem to be getting happier and happier from the Pinker perch at Harvard.  I have not read the book, but it is baffling to think the 20th century was a low point in violence (per capita perhaps).

As an aside, I was astounded by the brilliant Pinker’s lack of perceptiveness when Peterson asked him if the ground sowed by Christianity might have prepared for the awakening of the European Enlightenment, (~57 minute mark) that he so admires. Just after explaining how nowhere else in time or place has such an Enlightenment occurred, apparently he cannot begrudge even the slightest view that science and reason existed before the 18th century.  Tom Woods has refuted this Pinker thinking in a book and in this interview with Steve Patterson (the relevant discussion begins about 22:30) the critical nature of the Christian worldview to science and reason.

In fact we can find writers who perceived the attitude (hubris?) of the progressive zeitgeist would be the road to a dystopia, not a utopia. In 1930s England George Orwell noted In the Road to Wigan Pier the potential psychological downside of the progress that Pinker enthusiastically extolls. 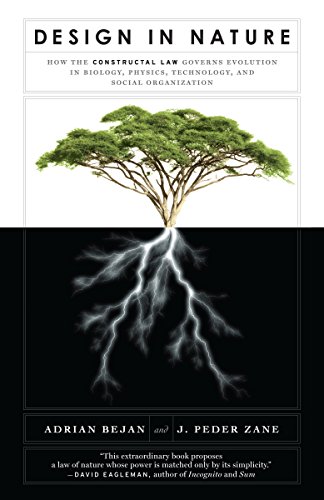 The tendency of mechanical progress is to make your environment safe and soft; and yet you are striving to keep yourself brave and hard. You are at the same moment furiously pressing forward and desperately holding back. It is as though a London stockbroker should go to his office in a suit of chain mail and insist on talking medieval Latin. So in the last analysis the champion of progress is also the champion of anachronisms.

To begin with, there is the frightful debauchery of taste that has already been effected [sic] by a century of mechanization. This is almost too obvious and too generally admitted to need pointing out. But as a single instance, take taste in its narrowest sense—the taste for decent food. In the highly mechanized countries, thanks to tinned food, cold storage, synthetic flavouring matters, etc., the palate is almost a dead organ. As you can see by looking at any greengrocer’s shop, what the majority of English people mean by an apple is a lump of highly–coloured cotton wool from America or Australia; they will devour these things, apparently with pleasure, and let the English apples rot under the trees. It is the shiny, standardized, machine–made look of the American apple that appeals to them; the superior taste of the English apple is something they simply do not notice. Or look at the factory–made, foil–wrapped cheese and ‘blended’ butter in any grocer’s; look at the hideous rows of tins which usurp more and more of the space in any food–shop, even a dairy; look at a sixpenny Swiss roll or a twopenny ice–cream; look at the filthy chemical by–product that people will pour down their throats under the name of beer. Wherever you look you will see some slick machine–made article triumphing over the old–fashioned article that still tastes of something other than sawdust.

Of course, later his 1984 presented a world of technological progress where liberty was smothered.

In 1860s Russia Fyodor Dostoyevsky presented a similar case about the perverse sense of human nature and progress in the words of his crazed nihilistic protagonist in Notes from the Underground.

Now I ask you: what can be expected of man since he is a being endowed with strange qualities? Shower upon him every earthly blessing, drown him in a sea of happiness, so that nothing but bubbles of bliss can be seen on the surface; give him economic prosperity, such that he should have nothing else to do but sleep, eat cakes and busy himself with the continuation of his species, and even then out of sheer ingratitude, sheer spite, man would play you some nasty trick. He would even risk his cakes and would deliberately desire the most fatal rubbish, the most uneconomical absurdity, simply to introduce into all this positive good sense his fatal fantastic element. It is just his fantastic dreams, his vulgar folly that he will desire to retain, simply in order to prove to himself—as though that were so necessary—that men still are men and not the keys of a piano, which the laws of nature threaten to control so completely that soon one will be able to desire nothing but by the calendar. And that is not all: even if man really were nothing but a piano–key, even if this were proved to him by natural science and mathematics, even then he would not become reasonable, but would purposely do something perverse out of simple ingratitude, simply to gain his point. And if he does not find means he will contrive destruction and chaos, will contrive sufferings of all sorts, only to gain his point! He will launch a curse upon the world, and as only man can curse (it is his privilege, the primary distinction between him and other animals), may be by his curse alone he will attain his object—that is, convince himself that he is a man and not a piano–key!

You will scream at me (that is, if you condescend to do so) that no one is touching my free will, that all they are concerned with is that my will should of itself, of its own free will, coincide with my own normal interests, with the laws of nature and arithmetic. Good heavens, gentlemen, what sort of free will is left when we come to tabulation and arithmetic, when it will all be a case of twice two make four? Twice two makes four without my will. As if free will meant that!

To conclude, I believe Mr. Takac is on the right track to correlate happiness (at least the pursuit of it) and life with liberty, but God knows that human life is too complicated to be predicted even by the most elegant of theories such as Constructal Law.

London Fears Losing Market and InfluenceHillary Compares Herself to Churchill