Why Seasonal Allergies Cause 'Brain Fog' — Here's What the Science Says

Allergic rhinitis, or seasonal allergies, often referred to as hay fever, affect 20 million U.S. adults and more than 6 million children.1 The most common symptoms include sneezing, stuffy or runny nose, watery and itchy eyes and itching in your nose, mouth or throat, but a sizable number of allergy sufferers also experience noticeable brain fog as well.

What causes the fuzzy-headed feeling is up for debate, but many theories are out there. One of the simplest is that allergy symptoms can make it difficult to get a good night’s sleep, which in turn makes you fatigued and takes a toll on your ability to think clearly and be productive. Others, however, believe there may be more to it than that, and the inflammation triggered by allergies may be directly or indirectly affecting the brain.

How do Allergies Affect Your Brain?

Allergies are your body’s reaction to particles that it considers foreign (allergens). The first time your body encounters an allergen, your plasma cells release immunoglobulin E (IgE), an antibody specific to that allergen. IgE attaches to the surface of your mast cells, which are found in great numbers in your surface tissues, such as your skin and nasal mucous membranes, where they help mediate inflammatory responses. Mast cells release a number of important chemical mediators, one of which is histamine.

The second time your body encounters a particular allergen, within a few minutes your mast cells become activated and release a powerful cocktail of histamine, leukotrienes and prostaglandins, which trigger the entire cascade of symptoms you associate with allergies. As part of the immune response, proteins called cytokines are also released, all of which add up to serious inflammation in your body.

This inflammation, in turn, could affect your brain in a number of ways, from interfering with sleep, as mentioned, to affecting your ears. If your middle ear is unable to drain properly due to inflammation, for instance, it could cause feelings of brain fog or dizziness.2 Yet, research also suggests that allergies have a very real effect on cognitive function:

Brain Fog During Allergy Season Is not All in Your Head

It’s very common for allergy patients to complain of memory problems and slowed thinking during allergy season, and it’s important to understand that these problems are very real — not “all in your head,” as some medical providers may claim. In research published in the Annals of Allergy, Asthma & Immunology, for instance, cognitive testing revealed that people allergic to ragweed “experience subtle slowed speed of cognitive processing” and, in some cases, “difficulties in working memory” during ragweed season.7

A similar study used neuropsychological tests to demonstrate changes in cognitive function among people with seasonal allergies when they were exposed to ragweed pollen. Allergies “adversely affected a broad range of cognitive functions,” according to the researchers, including longer response times and decreased efficiency on measures of working memory, psychomotor speed, reasoning/computation and divided attention.8

In fact, there’s even a condition known as “allergic mood,” used to describe symptoms of depression and anxiety that seem to often occur in people with seasonal allergies. In one study, researchers found that seasonal allergy patients experienced an increase in depressive symptoms while experiencing an acute allergic inflammation episode, with findings supporting a close relationship between allergic processes, inflammatory cytokines, sleep and age at manifestation as potential mechanisms.9

Reducing Your Exposure to Allergens Is the First Step to Relief

Many allergy sufferers turn to over-the-counter antihistamines and decongestants to try and tame allergy symptoms, but these Band-Aids come with side effects that can rival the allergy symptoms themselves, including dry mouth, drowsiness and dizziness. Another more natural avenue to reduce your symptoms is to reduce your exposure to allergens as much as possible. The American College of Allergy, Asthma and Immunology (ACAAI) suggests reducing your exposure to by:10

Using a neti pot (a small, teapot-like pot) is another simple technique to safely cleanse your sinuses of irritants, including allergens. It involves pouring water (distilled or sterilized only) into one nostril and allowing it to flow out the other. You can find detailed instructions for nasal irrigation here. You can perform this nasal irrigation up to four times a day until your symptoms improve

Lifestyle Changes Are the Next Route to Allergy Relief

Even in the case of seasonal allergies, what you eat and how you sleep may affect your symptoms and how you feel. Getting enough sleep each night is especially important in order to avoid worsening any brain fog you’re already feeling, however your gut is also intricately linked to your brain and mood, which is why what you eat is also important.

“Healing and sealing” your gut has been shown to help alleviate allergy symptoms, and the key to this is eliminating inflammatory foods like grains and processed foods and introducing healthier foods, including fermented foods, that will support a proper balance of bacteria in your gut. In fact, people with seasonal allergies who took a probiotic supplement during allergy season had decreased symptoms and improved quality of life.11

Eating a wholesome diet based on unprocessed, ideally organic and/or locally grown foods, along with optimizing your vitamin D levels and correcting your omega-3 to omega-6 ratio by increasing your intake of animal-based omega-3s and decreasing your intake of processed vegetable oil will form the foundation upon which your immune system can function in an optimal manner. 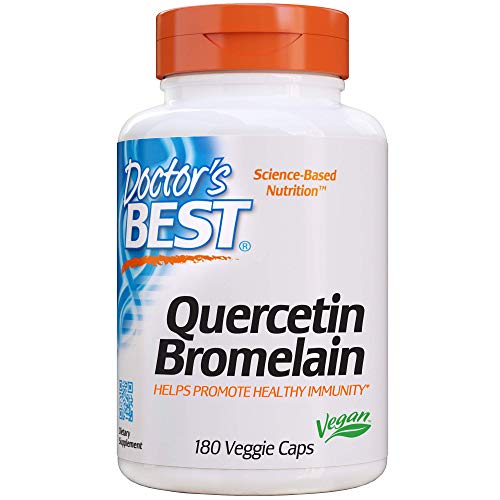 There are a number of natural strategies that may provide some relief without the side effects common to allergy medications. Homeopathy is one such option. Homeopathic solutions contain minuscule doses of plants, minerals, animal products or other compounds that cause symptoms similar to what you are already experiencing. The remedies have been diluted many times over, and the idea is that the substance will stimulate your body’s own healing process.

In patients with allergies, those using homeopathy reported improvements in nasal airflow compared with a placebo group. With homeopathic treatment, the researchers described a “clear, significant and clinically relevant improvement in nasal inspiratory peak flow, similar to that found with topical steroids.”12 Provocation neutralization (PN), which is taught by the American Academy of Environmental Medicine (AAEM), can also be very effective for allergy relief.

During provocation neutralization, a small amount of allergen is injected under your skin to produce a small bump called a “wheal” on the top layers of your skin, and then it is monitored for a reaction. If you have a positive reaction, such as fatigue, headache or a growth in the size of the wheal, then the allergen is neutralized with diluted injections or with drops of the same allergen that go in your mouth.

Sublingual (oral) immunotherapy is a similar option in which you receive small doses of allergen under your tongue to help improve tolerance and reduce symptoms. According to the Asthma and Allergy Foundation of America, “[Sublingual immunotherapy] … is fairly safe and effective for the treatment of nasal allergies and asthma. SLIT tablets are currently available for dust mites, grass and ragweed.”13

If brain fog is your primary concern, you may also want to consider ashwagandha, an herb that’s useful for improving memory and cognitive function, along with brain fog, specifically.14 For allergies, additional natural remedies and supplements may also be useful, including the following:

Quercetin is an antioxidant that belongs to a class of water-soluble plant substances called flavonoids. Quercetin-rich foods (such as apples, berries, red grapes, red onions, capers and black tea) prevent histamine release — so they are “natural antihistamines.”

Quercetin is also available in supplement form — a typical dose for hay fever is between 200 and 400 milligrams (mg) per day.

Another natural antihistamine, butterbur was used to treat coughs and asthma as far back as the 17th century. A word of cautionis needed, however. Butterbur is a member of the ragweed family, so if you are allergic to ragweed, marigold, daisy or chrysanthemum, you should not use butterbur.

Also, the raw herb should not be used because it contains substances called pyrrolizidine alkaloids that can be toxic to your liver and kidneys and may cause cancer. Commercial butterbur products have had a lot of these alkaloids removed.

Goldenseal may be helpful for seasonal allergies. Laboratory studies suggest that berberine, the active ingredient in goldenseal, has antibacterial and immune-enhancing properties.

This pure essential oil can be healing to mucus membranes. You can apply a drop on a cotton ball and sniff it several times a day, add a few drops to water (or to a nebulizer, if you own one) for a steam treatment or use a few drops in your bathwater.

If you have cedar pollen allergies, you should know about a type of slightly fermented, organic Japanese green tea called “Benifuuki.” The tea has been shown to strongly inhibit mast cell activation and histamine release, as well as relieve symptoms of runny nose and eye itching in people with cedar pollen allergy.17

Previous article by Joseph Mercola: What Do Google and Facebook Have on You?

The War Between Public Pensioners and Tax DonkeysIt’s Tornado Time