Just War Theory and the US Attack on Syria

On April 13, the United States launched a missile attack on Syria, in response to an alleged chemical attack using chlorine gas by the Syrian government on the town of Douma, Was this attack justified? One way to answer this question appeals to the “just war” tradition, developed by Augustine and Thomas Aquinas, and further refined by Vitoria, Suarez, Hugo Grotius, and other thinkers.  The criteria for a just war are stringent, and the missile attack violates a number of them. So stringent are the criteria that one authority, Charles Journet, said “if the definition of just war provided by Saint Thomas Aquinas . . . is taken seriously, one probably can count the number of actual and completely just wars on one’s fingers.”

Probably the central one of these criteria is that act of war must right a wrong. Nations generally go to war because it is in their interest to do so, where “interest” is understood as an effort to increase one’s power and influence; but this is not the way the just war tradition views the matter. Here the wrong would be the chemical attack; but this raises a problem. What is the evidence that there was such an attack? A Russian team of experts found no evidence that an attack had taken place; and, even if one were to dismiss their account as propaganda and accept that there had been an attack, evidence would still be required that Syrian government forces had perpetrated it The CIA assured us of it, but given the record of that agency, one can hardly accept its word as conclusive. Surely, if a chemical attack was supposed to justify launching the missiles, a full inquiry ought to have taken place first to establish the facts of the case. 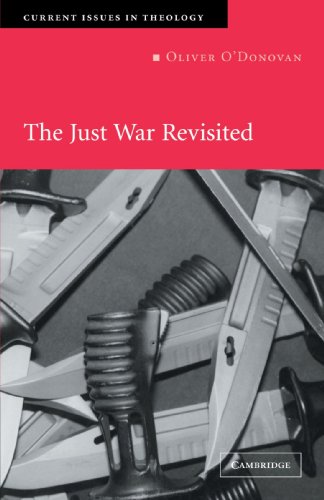 Suppose, though, contrary to fact, such an inquiry had established the responsibility of Assad’s regime for a chemical attack. Would the American missile assault then be acceptable? No, it would not. As the Anglican theologian Oliver O’Donovan points out in The Just War Revisited (Cambridge Univ. Press, 2003) Popes Pius XII and John XXIII held that under modern conditions,  when a confrontation between states can easily escalate to a nuclear war with its indiscriminate horrors, only defensive wars qualified as just: “Pius XII condemned ‘aggressive wars’ (using that term in a technical sense, to mean wars of reparation or punishment), and John XXIII condemned wars of reparation: ‘It is hard to imagine that in the atomic era war could be a fit means to restore violated rights.’” (O’Donovan rejects this opinion, on what seem to me flimsy grounds) Syria in no way threatens the United States, so on this understanding the purported chemical attack would not justify an American response.

What happens, though, if this understanding of the “righting a wrong” condition is rejected? In that case, the wrong would be that the Syrian government launched a direct attack on civilians, using a chemical weapon forbidden to it by the Chemical Weapons Convention. (To reiterate, we are here assuming, manifestly contrary to fact, that the guilt of the Syrian government had been established.) Would the missile response then be justifiable?

No, it would not. Righting the wrong must be the actual motive of the intervention. In the present case, the United States wishes to block Iran and Russia from gaining influence in Syria, and hence wishes to interdict a complete victory for Assad’s regime. Acting to promote power political interests does not meet the criterion, even if the missile attack is defended as a humanitarian gesture. 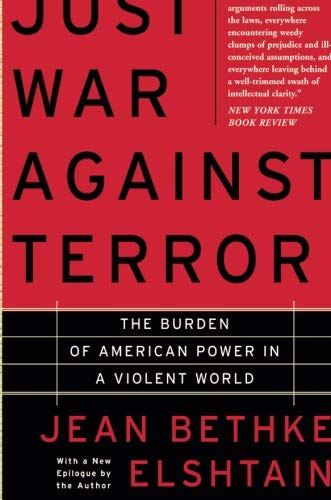 But suppose, again contrary to fact, that writing the wrong was the principal motive behind American intervention. Would this suffice to justify intervention? Once again, it would not. The attack would fail another requirement, the criterion of last resort. Jean Bethke Elshtain in her Just War Against Terror, (Basic Books, 2003) states the criterion in this way: “Properly understood, last resort is a resort to armed force taken after deliberation rather than as an immediate reaction. The criterion of last resort does not compel a government to try everything else in actual fact but rather to explore other options before concluding that none seems appropriate or viable in light of the nature of the threat.” (I have cited her because she cannot possibly be accused of anti-interventionist bias.) It is clear that the United States made no efforts to arrive at a peaceful resolution of the issue with the Syrian government, but instead acted as judge, jury, and executioner.

There is yet another criterion of just war by which America’s action may be “weighed in the balance and found wanting,” and this is one of the most important. The armed attack must have a good prospect of averting the evil it is directed against, without bringing worse consequences with it.

Once again it is evident that the missile strike fails to meet the required standard. The attack opens the door an indefinite number of further attacks. It is a recipe for continual war, because rights violations among the nations of the world unfortunately are no rare occurrence. The use of a humanitarian cloak to justify an aggressive foreign policy will result, as Charles Beard put it, in “perpetual war for perpetual peace.”

Previous article by David Gordon: The Pope Is Wrong About Capitalism

Armenia Heats Up Let Alfie Go: He Has the Right To Live