When recalling notorious Mexican politicians, a string of populists, socialists, and fame-seeking warlords come to mind; each one elevated to worshipful status because of how they addressed a manufactured crisis. You know, because people of the plundering ilk write the official history books. It’s the same reason that people list the biggest thieves and warmongers as the “best” U.S. presidents.  Consequently, many have heard names like Benito Juarez, Pancho Villa, and Miguel Hidalgo. But, few have heard of Lucas Alamán.

Benito Juarez is revered for ending the widespread church practice in Mexico of settling disputes amongst its members in private courts. He turned the function over to the state. Juarez is also praised for implementing the “Law of Nationalization of the Ecclesiastical Wealth” which seized church property.

Priest Miguel Hidalgo was defrocked for violating his vows by fathering several illegitimate children and raising an army to sack propertied Spaniards. He is, of course, revered for this life of service.

Alamán, to the contrary, supported private courts and the church’s dispute-resolution functions. He saw the church as performing an important function in Mexican life that should not be usurped by the state. He also strongly opposed the plunder and destruction wreaked upon Mexico by Father Hidalgo’s 100,000-man roving mob.  He refused to believe that Father Hidalgo’s bloody campaign was necessary to bring a peaceful independence from Spain saying that it was a “monstrous merging of religion with murder, plunder, and screams of death and desolation that I heard thousands of times in my youth and that I still hear as a dreadful echo in my ears.”

He criticized Hidalgo for supposedly trying to bring about independence, but with no predetermined plan by merely using disorder and violence. He said that Hidalgo was grossly irresponsible and had pushed Mexico over the precipice into the abyss of a violent war that destroyed much of the productive capability of the country making it extremely difficult to bring about reconstruction.

Liberal Juarez wanted to be closely aligned with the U.S. because of what he saw as a similar vision of government. Alamán, on the other hand, disdained the democratic system in the U.S. and encouraged Mexico to distance itself politically from that country so as to not fall into the alluring trap. Alamán proposed a monarchy to rule in Mexico that would honor the functions of the church as separate from the state.

Alamán ran counter to conventional wisdom on Mexico in various areas. He championed the Spanish government’s involvement and rule over Mexico, but then embraced the ultimate national independence when it happened.  He courted European investors while vigorously opposing the expansionism and democratizing influence of the neighboring U.S.

He corresponded with exiled Santa Ana and offered to bring about his second rise to power using Alamán’s clout as the leader of the conservative movement if, and only if, Santa Ana agreed to end the government’s political activity against the church and to respect private property.

As Minister of the Interior, Foreign minister, and Justice Minister, Alamán ran many of the functions of government without wearing the notorious and dangerous mantle of President. As head of the conservative movement, he also attempted to guide the selection of national leaders from behind the scenes by helping to select and install preferred candidates and even facilitating the execution of what he considered a dangerous liberal head-of-state (Vicente Guerrero) when that president called for the re-assignment of land titles and the creation of public schools.

Alamán became discouraged after trying to establish a conservative republican form of government and concluded after viewing the outcome of Santa Ana’s presidency—which he initially supported—that monarchy was the only solution. 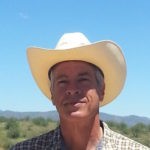 Alamán lived and studied in Europe from the age of 22 to the age of 28 familiarizing himself with various academic fields and observing the fallout of the French Revolution and the political movements of the times. He then worked for a year in Spain as one of the deputies in the Spanish Parliament representing Mexico before Mexico became independent. Two of his greatest intellectual influences were Edmund Burke, regarded as the father of modern conservatism, and Jacques-Bénigne Bossuet who espoused the divine right of kings. Alamán believed in the inviolability of private property and that political power came from God. He despised universal suffrage in particular and popular elections in general favoring an income test if voting was to occur. He also considered monarchy to be the oldest and most natural form of government and a form of government that was much preferred over democracy. During his time as a deputy in the Spanish Parliament, he proposed that Mexico should be ruled by a king that was a descendant of the King of Spain. He thought that the French Revolution had brought bad populist ideas to the forefront and that mankind would be harmed if leaders were elected on a democratic basis.

Besides his efforts in government positions, Alamán was a scientist, innovative mining engineer, writer, historian, and a museum curator.  He wrote several volumes on the history of Mexico in which he expounded on the virtues of private property and the pitfalls of democracy.  But he didn’t propose a scheme whereby the masses would steal their neighbor’s wealth, so his story is rarely told and he is relegated to the dustbins of history. Oh well.