Every time ancient Greece is mentioned most people automatically think of democracy, the Olympic Games, mythology and philosophy. It seems that not many are aware of how advanced the ancient Greeks were on a technological level as well and the Antikythera Mechanism, known as the world’s first analog computer, is the brightest example of all.

Google Commemorates the Discovery of the World’s First Computer

On May 17 of 1902, when Greek archaeologist Valerios Stais was discovering a corroded chunk of metal, he was making history by finding part of what some historians describe as the world’s first analog computer in history; the Antikythera Mechanism. Although the term “analog computer” might be an exaggeration to some, it is an undeniable fact that the Antikythera mechanism that was recovered from the Antikythera wreck (a shipwreck off the Greek island of Antikythera) is the earliest preserved portable astronomical calculator in history, from what we know at this point in time.

In honor of the discovery, the Google Doodle yesterday commemorated the 115th anniversary of the find, highlighting “how a rusty remnant can open up a skyful of knowledge and inspiration,” as Express UK characteristically reports . The amazing Antikythera Mechanism found in a shipwreck off the island of Antikythera in Greece. Credit: Tilemahos Efthimiadis / flickr 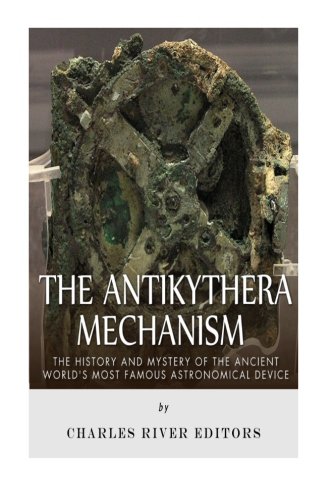 An Introduction to the Antikythera Mechanism

As April Holloway reports in a previous Ancient Origins article , the Antikythera mechanism is one of the most amazing mechanical devices discovered from the ancient world.  The ancient device was recovered on May 17 of 1902, from the Antikythera shipwreck off the Greek island of Antikythera, which in antiquity was known as Aigila. It is a metallic device which consists of a complex combination of gears, and dates back to the 1 st or 2 nd century BC.

X-rays have shown that there are at least 30 different types of gears used in the device, and on the mechanism’s door plates are about 2,000 letters that are considered to be something like a usage manual. This is an SVG version of the schematic for the Antikythera mechanism with labelled shafts and gears. ( CC0)

The amazing device, which some believe was inspired by the famous inventor and mathematician Archimedes, is so complex that many consider the Antikythera mechanism to be the first analogue computer.  Derek de Solla Price, who analyzed it in the 1960s, said the discovery was like finding an internal combustion engine in Tutankhamen’s tomb.