[From the Introduction by Justin Raimondo.]

Murray Rothbard was a true polymath. He wasn’t just the number one theoretician of the modern libertarian movement — author of the monumental Man, Economy, and State; Conceived in Liberty, a four-volume history of the American Revolution; the two-volume An Austrian Perspective on the History of Economic Thought; and essays too numerous to list — he was also its most tireless publicist, at least in its early days.

He didn’t live in an ivory tower: far from it. As he wrote in a 178-page memo entitled “Strategy For Libertarian Social Change”:

If the advancement of liberty requires a movement as well as a body of ideas, it is our contention that the overriding goal of a libertarian movement must be the victory of liberty in the real world, the bringing of the ideal into actuality. [Emphasis in original]1 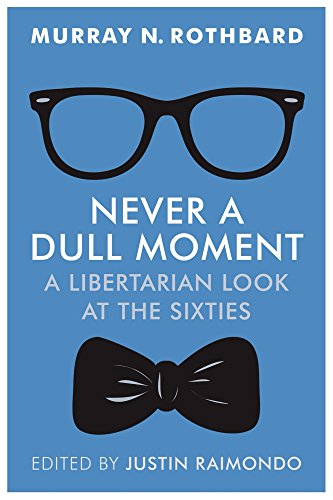 For Rothbard, libertarianism wasn’t an intellectual parlor game, nor was it a personal affectation: for him, it was a banner that was meant to be carried into battle. Ever the happy warrior, he sought to bring the radical libertarian perspective to bear on the events of the day, and it was a task he delighted in. While he tended to write his more serious books and articles in the dead of night, staying up at all hours pounding away on his old-fashioned (even for the time) typewriter, his “mornings” (noonish) were devoted to relatively lighter fare — the polemical journalism which, over the years, found various outlets. In the 1940s he wrote a personal newsletter,The Vigil, which was typewritten and mailed to his closest friends and associates. Later on, he was appointed “Washington Correspondent” for Christian Economics magazine, a publication put out by a group known as Spiritual Mobilization, headed up by the Rev. James Fifield, and devoted to economic laissez-faire.

This lasted a few years but eventually he was let go: the right-wing Protestant pastors who were the main audience of Christian Economics were appalled by his anti-interventionist polemics when it came to the foreign policy issue. As the cold war got colder there was less tolerance for the “isolationism” of the Old Right, which by that time was largely forgotten by the conservative rank-and-file. Those rightist ministers thought he was a Communist! So there was a parting of the ways.

His sojourn as an occasional writer for William F. Buckley, Jr.’s National Review was even briefer, as Rothbard’s patience with the warmongering that emanated like a radioactive cloud from that publication soon wore thin. The Buckleyites’ crazed desire for a nuclear showdown with Moscow was a bit too much for the old “isolationist” to take, and his refusal to show enthusiasm for World War III soon led to his excommunication from a church to which he had never properly belonged.

But no matter: the hegemony of cold war ideology was about to receive a serious challenge, as the 1960s dawned. An independent libertarian movement — organizationally separate as well as ideologically differentiated from National Review-style conservatism — was about to make its debut, in large part due to Rothbard’s efforts. He and Leonard Liggio had started Left & Right, a magazine directed at the burgeoning New Left movement, which was beginning to make waves, starting on the campus of the University of California at Berkeley. However, the magazine was a quarterly, not a good format for someone who wanted to comment on current events, and so when Robert Lefevre of the Freedom School contacted him to write a syndicated newspaper column for the School’s Pine Tree Features, Rothbard eagerly took up the task.

These short columns — usually no more than two typewritten pages each — appeared in the Freedom Newspapers, a chain owned by R.C. Hoiles, who was a devotee of Lefevre’s and a committed libertarian. Starting in January of 1967, Rothbard churned out fifty-eight columns, the last one written in the summer of 1968, addressing the campus revolt; the massive antiwar demonstrations; the Six-Day War between Israel and the Arab powers; the Newark riots; the Vietnam war; the persecution of H. Rap Brown, the assassination of Martin Luther King, the abdication of Lyndon Baines Johnson, the rise of Richard Nixon — in those two crucial years there was, as they say, never a dull moment.

We might call this Rothbard’s “left” period: he sided with the student protesters, the African-Americans fighting cops who had invaded their neighborhoods; he stood with the Vietnamese people against the American soldiers who had invaded their neighborhood; he  stood with the Palestinians against their Israeli conquerors, he valorized the “heroic” Malcolm X and denounced Martin Luther King for calling for federal troops to put down black “rioters” — but he never pandered to his intended audience. Unlike some of the “left-libertarians” of today, who have adopted the politically correct check-your-privilege jargon of white liberalism, he always addressed the issues in straightforward libertarian terms.

This bluntness is apparent in the very first column, written sometime in January of 1967, cheering the firing of University of California chancellor Clark Kerr, and praising Mario Savio — who had the honesty to say “Good riddance to bad rubbish” — while some New Leftists rushed to defend him. He wondered why conservatives, who had formerly been critics of the educational bureaucracy, didn’t side with the student rebels who were rising up against “this educational Moloch” instead of attacking them for “their tastes in clothes and hair styling.” Yet the students weren’t let off easy, either: instead of protesting Governor Ronald Reagan’s threatened cuts to the state university system’s budgets, he wrote, they should be cheering and demanding yet more cuts because this “acted to reduce the very gigantic university system that the students have properly denounced.” So, the New Leftists wanted “self-determination” — or, to put it in the New Age-y terminology of the time, “self-actualization” — as opposed to subservience to a soulless pedagogical Leviathan? Well, then, “shifting the burden of payment to the student himself will give the student-consumer far more power over their own education” than under the wrong-headed “free tuition” regime.

Rothbard didn’t pander: he didn’t try to imitate the rhetoric of the students, he didn’t insult them by trying to make them think he was “cool”: Rothbard was strictly Old School, and never pretended otherwise. What he did was apply libertarian principles to the concrete day-to-day issues that rose up in those two tumultuous years, revealing the radical evil of the State and the unadorned radicalism of the libertarian stance in every case.

He didn’t pretend to be a leftist: the idea was to win over the left-leaning students, and the revolutionary blacks, to libertarianism, not to masquerade in the fashionable rhetoric of the moment. He never disguised or watered down his libertarianism to suit his audience: unlike the self-styled “left-libertarians” of today, he rejected any modification or “addition” to the central axiom of libertarian political theory, which is the nonaggression principle plain and simple. In answer to the “check your privilege” sloganeering of the cultural left, Rothbard would have said, “Check your cultural prejudices at the door.”

Although himself a traditionalist, Rothbard always maintained that there could be no such thing as a “libertarian” culture: those who wanted to “live liberty” were living under a delusion, namely the entirely false idea that some particular “lifestyle” could be derived from the central axioms of what is only a political philosophy and not a “way of life.” He had, after all, been badly burned by the cultural totalitarianism of the “Objectivist” cult around novelist Ayn Rand, which had a “party line” on every subject under the sun, including music (Rachmaninoff good, Mozart bad) and even physics. The libertarian movement, or at least a substantial portion of it, had been down that road before and found it to be a dead end.

To the younger readers of this volume, Rothbard’s writings from the 1960s may seem like a recounting of ancient history, and only tangentially relevant to the world we live in today. That this is not so is underscored by one of his more prescient pieces: in “The Coming American Fascism” Rothbard comments on various acts of retaliation against critics of the Vietnam war and writes: “At home we have the fascist corporate state economy: an economy of monopolies, subsidies, privileges runs by a tripartite coalition of Big Business, Big Unions, and Big Government.” While “[i]n foreign affairs we have expanded all over the globe, grabbing bases and running governments everywhere, all in the name of a global crusade against the ‘international Communist conspiracy’.”

Substitute “international terrorist conspiracy” for that last phrase and we have a snapshot of the future — the one we are living in today. 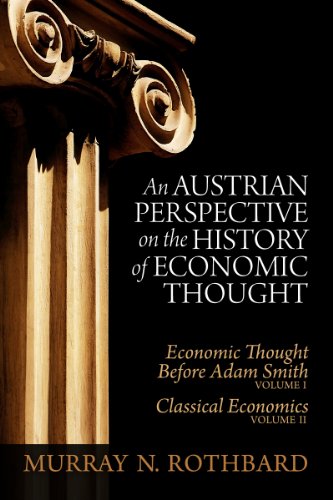 The material herein is presented in chronological order and is published exactly as written: my insertions are in brackets. The two final essays provide the vital context for the preceding material, explaining Rothbard’s break with the conservatives and prefiguring the rise of libertarianism as an independent movement — a development for which he was largely responsible.

David Rockefeller Is 101Is It Racist?