June 14, 2016 – It is now confirmed that in addition to two investigations and two interviews, Florida terror suspect Omar Mateen was also approached by “informants” working for the US Federal Bureau of Investigation (FBI) over a period of 10 months. 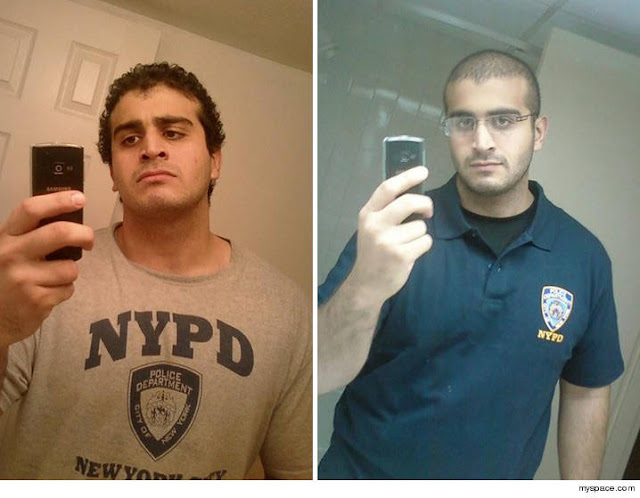 Mateen first appeared on authorities’ radar in 2013 after the security guard’s colleagues alerted the FBI to inflammatory statements he made to colleagues claiming “family connections to Al Qaeda,” according to Comey.

Mateen also told coworkers he had a family member who belonged to Hezbollah, a Shia network that is a bitter enemy of ISIS — the network he pledged allegiance to the night of the carnage, Comey noted.

The FBI’s Miami office opened an inquiry into Mateen.

“He said he hoped that law enforcement would raid his apartment and assault his wife and child so he could martyr himself,” Comey said.

Nevertheless, FBI investigators investigated Mateen, who was born in New York, for 10 months. They introduced him to confidential informants, spied on his communications and followed him. They also interviewed him twice.

The significance of this cannot be understated. “Informants” in this context, according to FBI affidavits regarding similar counterterrorism investigations, refers to individuals posing as members of terrorist organizations who approach suspects, coerce them into planning and preparing for terrorist attacks, before finally aiding the FBI in the suspect’s arrest before the attack is finally carried out.

Among the activities these informants carry out includes providing and training suspects in the use of real explosives, providing suspects with arsenals of weapons precisely like those used in the recent shooting in Orlando Florida, and encouraging suspects to adopt “radical ideology” over the course of the investigation. Suspects are given the false impression that they are working on behalf of terrorist organizations like Al Qaeda or the self-proclaimed “Islamic State,” often cultivating delusions of grandeur among otherwise mentally ill suspects.

The Intercept in its recent article, “Before Nightclub Shooting, FBI Pursued Questionable Florida “Terror” Suspects,” would note that the FBI’s Miami office who investigated Mateen, has been “among the bureau’s most active and aggressive counterterrorism units.”

It would also report on the specifics of this unit’s activities:

For more than a year ending in April — a time during which investigators will now be looking for any clues from Mateen that might have been missed — the FBI in Miami focused on a counterterrorism sting that targeted James Medina, a homeless man with mental problems.

The Intercept would reveal that the FBI informant, not Medina, came up with the idea of crediting the planned attack to the “Islamic State.” In fact, upon reading the FBI’s affidavit (.pdf), it is clear the FBI’s informant encouraged and walked Medina through every aspect of the planned attack, including providing him with what he thought was an explosive device.

Upon reading Medina’s incoherent conversations with various FBI informants, it is clear he possessed neither the mental or technical capacity on his own to perpetrate the attacks he was arrested for.

The Intercept would continue:

as “a little slow.” The government alleged that Suarez conspired with an FBI informant to bomb a beach in Key West in support of the Islamic State. The FBI provided a fake backpack bomb.

The Orlando shooting isn’t the first case to raise this question. In 2011, when the FBI investigated Boston Marathon bomber Tamerlan Tsarnaev, agents did not deem him a threat.

Instead, at about the same time, the Boston FBI started a nine-month sting operation against Rezwan Ferdaus, who had no weapons and no connections to international terrorists, and whose mental wellness had deteriorated so much that he was wearing adult diapers at the time of his arrest on terrorism charges.

Rezwan Ferdaus, like Medina, was provided assistance by the FBI every step of the way, including being provided 24 lbs of C4 explosives, 6 fully automatic AK47 rifles, and 3 grenades – the FBI’s own affidavit reveals (.pdf). He was brought deep into a fictional world where he believed he was working directly with Al Qaeda for nearly a year – told that “detonation devices” he constructed and passed on to FBI informants were “used” in Iraq to “kill” American soldiers.

How To Spot a Liar The End of the Republic?