Former U.S. Rep. Ron Paul lays out a national security strategy for the United States in his book, Swords into Plowshares, which Carl von Clausewitz , the author of On War, would have approved. Clausewitz, a Prussian general in the early Nineteenth Century, is considered perhaps the West’s most insightful strategist, and On War is his classic work on the inter-relationship between politics and war.

A close reading of On War reveals a book far more on the strategy of statecraft, that is Grand Strategy, than it is on the mere strategy of warfare. Unfortunately, very few readers have understood that. Indeed, Clausewitz’s target audience may have been principally civilian policy makers with his view that the political perspective must remain dominant over the military point of view in the conduct of war.

Whether or not Ron Paul ever read Clausewitz, Swords into Plowshare restores a proper understanding of statecraft as Clausewitz understood it and today’s American leaders fail to.

Helmuth von Moltke, who became Chief of the Prussian General Staff in 1857, almost immediately misappropriated and reinterpreted On War for his own militaristic purposes. (Clausewitz died in 1831.) Moltke was followed in this in 1883, when Prussian General Count Colmar von der Goltz, later known as the Butcher of Belgium in World War I, while paying homage to Clausewitz, wrote The Nation in Arms, a revision of Clausewitz’s On War and its complete opposite.

Moltke and Goltz twisted Clausewitz’s arguments in the interests of the Prussian military class that had come into full flower after Clausewitz’s time. For one, they self-servingly distorted On War by reversing the principle of civilian control to argue civilians must not interfere with military decisions. Also, their reinterpretations of Clausewitz as an advocate for total war became the stereotype which most people then accepted as Clausewitz’s thinking.

Most odiously, U.S. Colonel Harry S. Summers, Jr. would later present to a post-Vietnam War audience Goltz’s version of Clausewitz. In doing so, Summers reversed Clausewitz’s position, which was that defense was stronger than attack, an argument against engaging in aggressive war. But Summers was collaborating with neoconservative Norman Podhoretz who shared Goltz’s militarism.

These distortions of Clausewitz’s principles — and that of America’s Founders who even earlier had established the idea of civilian control over the military — continue to the present day with U.S. civilian policy makers now regularly deferring to the narrowly focused point of view of military leaders to the detriment of a sound national security strategy.

In Swords into Plowshares, Ron Paul offers a correction to this and a return to a civilian-directed national security strategy for the U.S. to adopt which would restore a proper understanding of national interests and would be consistent with Clausewitz’s own strategic theory.

Peace as a Goal

Clausewitz would have heartily agreed with Ron Paul that “Having peace as a goal is both a key component of sensible foreign policy and crucial to economic prosperity and equal protection of all people’s liberty.”

Clausewitz would also have agreed with Paul that it is not sound national strategy when the result of having the most powerful military in history means to have “Americans continue to die in a series of wars, the treasury is bare, and the US is the most hated nation in the world.”

Clausewitz made his bones, so to speak, in fighting Napoleonic France which had a similar foreign policy in the early 1800s as the U.S. has in the Twenty-first Century — using warfare and other means to achieve “regime change” — with the same negative results. France finally met its Waterloo (the original Waterloo coming to mean a decisive defeat) in 1815.

The question for the U.S. isn’t if it will reach its own Waterloo, but when. Military solutions to geopolitical problems will inevitably exhaust even the most powerful nation, depleting its resources and manpower. Only by reversing imperial overreach and achieving peace can a sustainable prosperity become possible.

Clausewitz fully understood that reality, which is why he was an advocate of diplomacy and of restoring peace as soon as costs exceeded the benefit of whatever political object the war was being fought over. Clausewitz would be aghast at arguments that a war must be continued to “show resolve” or other such nonsensical purposes.

An expert on Clausewitz, Michael Howard, wrote that Clausewitz was a scholar as well as a Field General and knew and respected the works of political philosopher Immanuel Kant. Accordingly, Clausewitz would no doubt have been aware of and influenced by Kant’s 1795 tract entitled Perpetual Peace. Paul’s Swords Into Plowshares is in that tradition and applies the lessons to today.

In Clausewitz’s time and place, he had to fight a war of national survival against Napoleon, who could be viewed as the predecessor of today’s American neoconservative idea of using war as the means of imposing political change on other countries.

Clausewitz first fought France for his native country, Prussia, and when Prussia was defeated, he volunteered his services to Russia, serving until Napoleon’s final defeat. Clausewitz then began compiling what he had learned of statecraft and warfare with the experience he had gained.

But this was not for the purpose of encouraging aggressive war but only as recognition that “war” was used as a political tool which had to be addressed in a book of statecraft. “Subordinating the political point of view to the military would be absurd, for it is policy that has created war,” he wrote.

Ron Paul demonstrates a full understanding of that principle as he challenges the neoconservative euphoria for what they claim is now a “perpetual war.” But Paul does not write as a pacifist and Swords into Plowshares is not a pacifist tract. 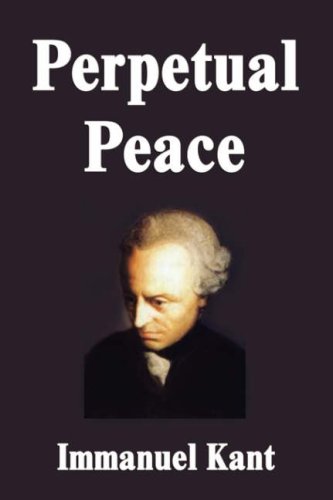 As Paul writes, “When a people are determined to defend their homeland, regardless of the size of the threat, they are quite capable. Americans can do the same if the unlikely need arises.” That is not the voice of a pacifist but rather of one who has drawn the same lesson as Clausewitz had.

Clausewitz was surely not a pacifist either. His profession was the military. But he wasn’t a militarist, unlike what the Prussian officer class would later become. Clausewitz would not have called for civilian control over military decision-making if he had been a militarist. That was a key point that von Moltke would later repudiate (or ignore) as he ushered in German militarism.

But the purpose of Clausewitz’s profession as a soldier in the early 1800s in central Europe was to defend his native land, Prussia, against a foreign attacker. When he later joined with Russia to fight Napoleon, it was to fight a common enemy, France, which was not a prospective enemy but an actual foreign invader on their respective territories.

Along those lines, Ron Paul suggests that the U.S. model its foreign policy after Switzerland, which has a military to defend itself but not one to wage offensive war outside its borders.

“Switzerland has done rather well with its streak of independence,” Paul writes. “Reasonable ﬁscal and monetary policy, along with the rejection of foreign intervention, have been beneﬁcial to her.”

Can the GOP Be Trusted on Iran?How Trump Handled a Disruptive Immigrationite