There’s a lot of history, and we’re making more every year. As a result, many history textbooks have to focus on the grand sweep of events rather than individual stories. Which is understandable, but kind of a shame, since it means missing some of the most amazing stories of our shared past.

Parts of the Incan conquest are well-known. The Spanish arrived in Peru to find the empire racked by smallpox and devastated by a civil war, which the Inca Atahualpa had just won. Although outnumbered, Pizarro’s men captured Atahualpa, ransomed him for a room full of gold, and then strangled him anyway, taking control of his empire in the aftermath. Most history books stop there. But they shouldn’t.

After Atahualpa’s death, the Spanish crowned his young brother, Manco, as their puppet emperor. They treated him terribly, with Francisco Pizarro’s brother Gonzalo even abducting and raping his wife. Little did the Spanish realize that the frightened teenager would soon become their deadliest enemy.

In 1535, Manco tried to escape from Cuzco, where he was a virtual prisoner, but he was captured and dragged back into the city behind Gonzalo Pizarro’s horse. As punishment for the escape attempt, he was beaten, urinated on, and imprisoned in chains. In 1536, he managed to persuade his captors to let him leave the city by promising to show them to a golden statue of his father. As soon as he was clear of the city, he escaped again. He would never be recaptured.

Instead, he summoned all the ancient forces of the Inca. With at least 50,000 men, he besieged Cuzco, killing Juan Pizarro. Francisco Pizarro was at Lima and quickly sent reinforcements, but they were ambushed in a gorge by Manco’s general, Quizu Yupanqui, who crushed them with rockslides. A few weeks later, Yupanqui wiped out a second Spanish column, then captured the city of Jauja and slaughtered its garrison. Massing his forces, he attacked Lima itself. For a moment, the Spanish conquest hung by a thread. 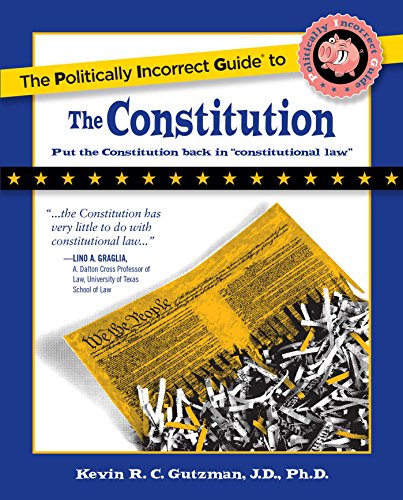 The thread held. A surprise cavalry charge broke Yupanqui’s forces just as Lima was about to fall. The general was killed and reinforcements forced Manco back from Cuzco, devastating his forces. But Manco Inca wasn’t defeated so easily. He retreated into the Amazon, to the most isolated corner of the Inca state. There, in the jungle city of Vilcabamba, he formed a rump empire from which he launched attacks against the Spanish.

Obviously, this was unacceptable and Gonzalo Pizarro was sent to attack Vilcabamba with a strong force in 1539. He sent two of Manco’s brothers ahead of him to negotiate. Unimpressed by such treachery, Manco had them both beheaded. Despite heavy casualties, the Spanish pressed on to Vilcabamba, where they were greeted by gunfire from warriors trained by Manco’s Spanish captives. But the warriors were not yet proficient with the guns and the city fell. Manco himself was rushed to safety across a river.

Shivering on the bank, surrounded by a handful of painted jungle warriors, Manco Inca paused. The son of Huayna Capac, divine heir to a great empire, who had grown up in a palace in Cuzco, walked back to the river and shouted across at his pursuers: “I am Manco Inca! I am Manco Inca!”

Then he disappeared into the jungle, where he and his sons fought on until 1572.

9 The Man With The Iron Hand

Henri de Tonti is best remembered today as the insanely competent sidekick of bumbling French explorer Rene Robert Cavelier, Sieur de La Salle. Born in Italy, Henry was the son of Lorenzo de Tonti, the inventor of the tontine, a type of fund where the initial investors split the returns between them until all but one investor dies. At that point, the last surviving investor gets the whole fund. For obvious reasons, it’s now mostly found in murder fiction.

After a failed rebellion in Naples, the family fled to Paris, where Henri joined the military, fighting in several conflicts across Europe. In Sicily, his hand was blown off by a grenade (legend says he personally hacked the mangled

remains off) and he replaced it with an iron prosthesis, which he covered with a glove. (A 16th-century iron hand is pictured above.) Later in life, he would use his metal appendage as a weapon against anyone who challenged him, earning the nickname “Iron Hand” from Native Americans impressed by his ability to knock people unconscious with a single blow.

And the non-metal parts of Tonti were just as tough. At Cavelier’s bidding he single-handedly built the first European ship to sail the Great Lakes. He explored the Mississippi River, made peace between the Choctaw and Chickasaw, and declared himself lord of the “river of Arkansas.” When Cavalier finally vanished (his own men murdered him), Tonti led an expedition looking for him.

Around 1680, Tonti was living among the Illinois, having been deserted by all but five of his men. When the powerful Iroquois Confederacy attacked, Tonti decided to go and negotiate with them, which was a bold move considering a battle was already raging around him. When he attempted to walk over to the Iroquois, they opened fire, prompting his companion to run away. But Tonti kept going through the hail of bullets until he arrived among the surprised Iroquois. Who promptly stabbed him in the chest.

Most people would have taken the hint, but Tonti just started threatening war with France unless the Iroquois backed off. Although one chief suggested burning Tonti to death and another warrior kept lifting up his hair to scalp him, cooler heads prevailed and he was allowed to leave. He walked all the way back to camp, despite “the great quantity of blood I had lost, both from my wound and my mouth” and subsequently bluffed the Iroquois into signing a peace treaty. He died in 1704 and his remains were “laid to everlasting rest in an unknown grave near Mobile River.”

Fans of Disney movies will know of the brave Captain John Smith and his romance with Pocahontas. And fans of popular list-based websites will know that it’s extremely unlikely that romance ever happened. But don’t despair—John Smith did have a daring romance with a powerful local woman. It just didn’t involve Pocahontas.

Before he journeyed to America, Smith was a pirate-turned-mercenary fighting the Turks in the Balkans. According to his enormously entertaining memoirs, he even defeated three Turkish champions in single combat. (He used a coat of arms with three Turkish heads on it for the rest of his life.) Unfortunately, Smith’s luck ran out and he was captured and sold into slavery.

Things were looking dark, but Smith’s new master sent him to work for his Greek mistress, Charatza Trabigzanda, who quickly fell madly in love with her handsome new servant. Worried that her overbearing mother would sell Smith, she sent him to her brother’s Black Sea farm, where she instructed him to learn Turkish and wait until she was out from under her mother’s thumb. But Charatza’s brother didn’t approve of the relationship and decided to work Smith to death instead. Malnourished and desperate, Smith eventually snapped, beat his boss to death in a wheat field, and escaped into Russia on his stolen horse.

Smith’s exploits attracted an invite to help establish a colony in America. Typically, he was arrested for mutiny on the way there, barely avoided hanging, and was running the entire colony within a year. After not romancing Pocahontas, he returned to England to recover from a gunpowder accident that probably blew his genitals off. For years, historians assumed his memoirs were total fiction, but recent work actually corroborates some details. As historian Philip Barbour put it, “let it only be said that nothing John Smith wrote has yet been found to be a lie.”

Got Gout? 2 Meals a Day Is Ideal