The Bill Hillary and Chelsea Clinton Foundation has taken millions of dollars from foreign governments attempting to buy influence with a woman who might be the next president.

The $2 million contribution from Saudi Arabia, however, is the most troubling.  Putting aside that the Saudi’s oppress women, denying them the most basic human rights, the self styled “women’s advocate’ should still return that cash.  Money from foreign nationals and foreign governments is illegal in US political campaigns.  So the Saudis are using their petro-dollars to buy future influence.

It is worth taking a moment to examine how the Saudis have used their vast wealth to effect US foreign policy and have used their influence to hide the facts about the Saudi’s actual role in the events of 9/11 from the American people.

In fact, the Saudis have used their power and influence to cover-up their involvement in the greatest terrorist attack in US history and continue to do so today. 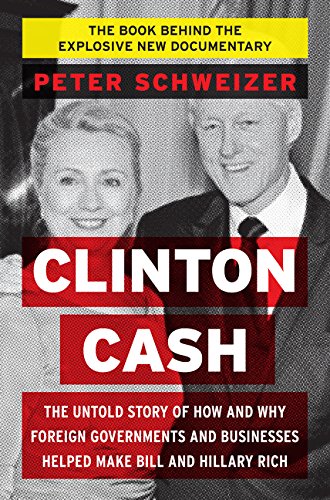 As many American’s know, at least 11 members of the Bin Laden Family were spirited out the country in 24 hours after the 9/11 attacks with the assistance of the George W. Bush Administration.  The FBI still denies knowing about the seven airplanes used to move the Bin Ladens out of the country when all private, commercial and military air-travel was grounded.

Prince Bandar bin Sultan bin Abdul Aziz, the Saudi Arabian ambassador to the United States, orchestrated the exodus of more than 140 Saudis scattered throughout the United States,  They included members of two families: one was the royal House of Saud, the family that ruled the kingdom of Saudi Arabia, perhaps the richest family in the world.  The other family was the Saud’s close allies, the Bin Ladens, who in addition to owning a multibillion-dollar construction company had produced the notorious terrorist Osama Bin Laden.

Yet none of those spirited out of the country were questioned nor was a list of those leaving supplied.  Dan Grossi, a former police officer recruited by the Tampa Police to escort the departing Saudis said he did not get the names of the Saudi he was escorting.  “It happened so fast,” Grossi says.  “I just knew they were Saudis.  They were well

connected.  One of them told me his father or his uncle was good friends with George Bush Senior.”

The White House denied the flights even took place.  Officially, the FBI says it had nothing to do with the repatriation of the Saudis.  “I can say unequivocally that the FBI had no role in facilitating these flights one way or another,” said FBI Special Agent John Iannerelli.” Bandar, however, characterized the role of the FBI very differently.  “With coordination with the FBI,” he said on CNN, “we got them all out.”

Among those hustled out of the country were Osama’s brother-in-law Mohammed Jamal Khalifa, thought by US Intelligence to be an important figure in Al Qaeda and connected to the men behind the 1993 World Trade Center bombing and to the October 2000 bombing of the USS Cole.  Also in the traveling party was Khalil Bin Laden, who boarded a plane in Orlando to leave the United States and was suspected by Brazilian Intelligence for possible terrorist connections.  According to the German wire service Deutsche Presse-Agentur, he had visited Belo Horizonte, Brazil which was a known center for training terrorists.  Neither was questioned before leaving the US.

The erudite, Western-educated and Saville Row tailored Prince Bandar was a influential figure in the world of Islam and the power circles of Washington.  His father, Defense Minister Prince Sultan, was second in line to the Saudi crown.  Bandar was the nephew of King Fahd, the aging Saudi monarch, and the grandson of the late king Abdul Aziz, the founder of modern Saudi Arabia. 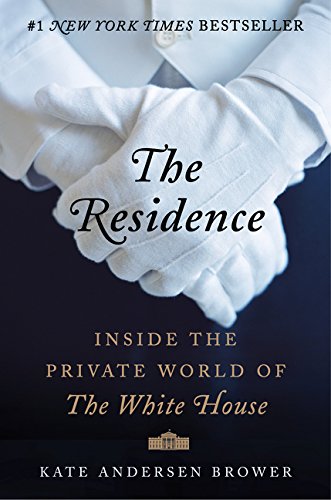 The Bush and bin Laden families have long-standing business dealings.  These began in the late 1970’s when Sheik Mohammed bin Laden, the family patriarch and Osama’s father, had, through a friend of the Bush family named James R. Bath, invested $50,000 in Arbusto, the oil exploration company founded by George W. Bush with his father’s help.  The “investment” was arranged by James R. Bath, an aircraft broker who had emerged as an agent for the House of Saud in political and business circles.

In 1997, Prince Bandar gave $1 Million to the George Bush Presidential Library and Museum in College Station, Texas.  In 1989, King Fahd gave $1 Million to Barbara Bush’s campaign against illiteracy.  In 2002 Prince Alwaleed bin Talal gave $500,000 to Andover to fund a George Herbert Walker Bush scholarship.  In 2003, Prince Bandar gave a $1-Million oil painting of an American Buffalo hunt to President Bush for use in his presidential library after he leaves the White House.

It’s therefore not surprising that the BBC reported that FBI agents in London were pulled off an investigation of Bin Laden family and Saudi royals soon after George W. Bush took office.  In addition to Osama Bin Laden, other members of the family had terrorists connections and were under investigation by FBI.

Of the 19 9/11 hijackers, 14 were Saudi yet after the attack on American soil FBI Agent John O’Neill stated publicly he was blocked from investigating the Saudi connection for “political reasons.”  What political reasons are more important than the investigation of the World Trade Center destruction and the murder of 2000 Americans?

More recently, the New York Times and others have reported on an aborted investigation into Saudis who fled 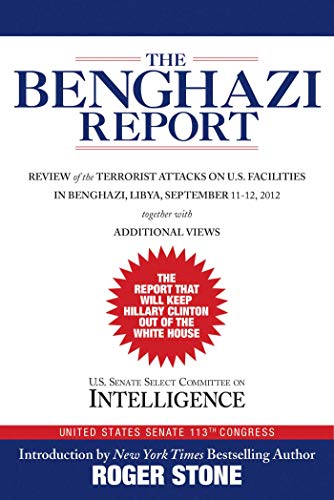 Florida two weeks before the 9/11 attack.  The investigation into the prominent Saudi family’s ties to the hijackers started on Sept. 19, 2001, and remained active for several years.  It was led by the FBI’s Tampa field office but included the bureau’s field offices in New York and Washington.

Incredibly, the FBI identified persons of interest, established their ties to other terrorists, sympathies with Osama bin Laden and anti-American remarks.  They examined their bank accounts, colleges and places of employment.  They tracked at least one suspect’s re-entry into the US.  Yet none of this was never shared with Congress or the 9/11 Commission.

Now it’s being whitewashed again, in a newly released report by the 9/11 Review Commission, set up last year by Congress to assess “any evidence now known to the FBI that was not considered by the 9/11 Commission.”  Though the FBI acknowledges the Saudi family in Florida was investigated, it maintains the probe was a ‘dead end.”

The 9/11 review panel included one local FBI report from the Florida investigation that said Abdulaziz and Anoud al-Hijji, the prominent Saudi couple who “fled” their home, had “many connections” to “individuals associated with the terrorist attacks on 9/11/2001.”  The panel’s report also doesn’t explain why visitor security logs for the gated Sarasota community and photos of license tags matched vehicles driven by the hijackers, including 9/11 ringleader Mohamed Atta.

Former Florida Senator Bob Graham, former Chairman of the US Senate Intelligence Committee has publicly accused the FBI of a ‘cover-up” in the Florida case.  Graham said there was no evidence that the Bureau had ever disclosed the Florida investigation to his Committee or the 9/11 Commission, which delivered their report in 2004.

There are still 28 pages of the 9/11 report regarding the Saudis that remain classified and were redacted, wholesale, by President George W. Bush.  After reading it, Congressman Thomas Massie described the experience as “disturbing” and said, “I had to stop every two or three pages and rearrange my perception of history…it’s that fundamental.”

Intelligence officials say the claims in the secret 28 pages were explored and found to be “unsubstantiated” in a later review by the national commission.  If that is the case, why not release them?  The Saudis have covered their trail.

But Senator Graham who has seen the classified material spilled the beans: “The 28 pages primarily relate to who financed 9/11, and they point a very strong finger at Saudi Arabia as being the principal financier,” he said, adding, “I am speaking of the kingdom,” or government, of Saudi Arabia, not just wealthy individual Saudi donors…“  This is a pervasive pattern of covering up the role of Saudi Arabia in 9/11 by all of the agencies of the federal government which have access to information that might illuminate Saudi Arabia’s role in 9/11.”

US Intelligence has sought to undermine the credibility of both Graham and Moussaoui, labeling Graham as a past-his-prime publicity seeker and Moussaoui as mentally unstable.

Yet the New York Post reported, “sources who have seen the censored 28 pages say it cites CIA and FBI case files that directly implicate officials of the Saudi Embassy in Washington and its consulate in Los Angeles in the attacks” — which, if true, would make 9/11 not just an act of terrorism, but an act of war by a foreign government.  The section allegedly identifies high-level Saudi officials and intelligence agents by name, and details their financial transactions and other dealings with the San Diego hijackers. It zeroes in on the Islamic Affairs Department of the Saudi Embassy, among other Saudi entities.”

If true, [it] would make 9/11 not just an act of terrorism, but an act of war by a foreign government.

In fact the Saudis are playing a dangerous double game, claiming to be US allies in the war on terror at the same time funding terrorist groups that espouse a violent Wahhabi Islamic ideology that is particular to Saudi Arabia.  At the same time, they have used their money and influence to shield the truth from the American people.  With their huge contributions to the Clintons, they hope to do it again.

Did the Victorians Find Life on Mars?Left ‘Libertarians’ Hate Progress If It’s Unequal