By Paul Driessen
Watts Up With That?

But what if these merchants of fear are wrong? What if the sun refuses to cooperate with the alarmists?

“The sun is almost completely blank,” meteorologist Paul Dorian notes. Virtually no sunspots darken the blinding yellow orb. “The main driver of all weather and climate … has gone quiet again during what is likely to be the weakest sunspot cycle in more than a century. Not since February 1906 has there been a solar cycle with fewer sunspots.”

“Going back to 1755, there have been only a few solar cycles that have had a lower number of sunspots during their maximum phase,” Dorian continues. This continued downward trend in solar sunspot cycles began over 20 years ago, when Earth stopped warming. If it continues for a couple more cycles, Earth could be entering another “grand minimum,” an extended period of low solar activity.

That would mean less incoming solar radiation, which could have a marked cooling effect – as happened during previous decades-long episodes of low solar activity. The “Maunder Minimum” lasted 70 years (1645-1715), the “Dalton Minimum” 40 years (1790-1830); they brought even colder global temperatures to the “Little Ice Age.”

Solar activity is in free fall, Reading University (UK) space physicist Mike Lockwood confirms, perhaps “faster than at any time in the last 9,300 years.” He raised the likelihood of another grand minimum to 25% (from 10% three years previously). However, he claims a new little ice age is unlikely.

“Human-induced global warming is already a more important force in global temperatures than even major solar cycles,” Professor Lockwood insists. That warmist mantra may keep him from getting excoriated for even mentioning solar influences. But it ignores Earth’s long history of climate change.

And what if Lockwood is wrong about human influences and the extent of a coming cold era? Habibullo Abdussamatov, director of Russia’s space research laboratory and its global warming research team, is convinced another little ice age is on its way. (See pages 18-21 of this report.) That would be LIA #19.

A couple degrees warmer, with more carbon dioxide in the air, would be good for humanity and planet. Crops, forests and grasslands would grow faster and better, longer growing seasons over larger areas of land would support more habitats, wildlife, agriculture and people – especially if everyone has access to ample, reliable, affordable energy, especially electricity, and modern farming technologies. Most people, including the elderly, can easily handle such warmth, especially if they have air conditioning. 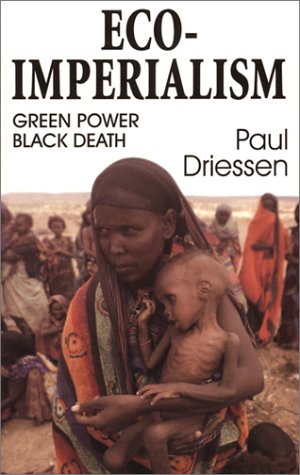 Who’s Got the Gold? If the Europeans Didn’t Discover the New World, Who Did?