A Lugansk Region resident, whom Reuters cites as saying he saw evidence of a surface-to-air missile launched from rebel-held territory on the day MH17 was downed, told RT the news agency gave a false report of his interview.

As a part of a March report on the Malaysian Airlines flight MH17 tragedy Reuters talked to Pyotr Fedotov, a 58-year-old resident of the village Chervonniy Zhovten in the Lugansk Region of eastern Ukraine.

“When interviewed by Reuters, Fedotov, the witness who described the ‘wiggling’ rocket, at first said on camera that it was fired from territory held by the Ukrainian army. Later, off camera, he said it was launched from a nearby rebel area. Asked why he had originally said the opposite, he said it was because he was afraid of the rebels,” the news agency said. 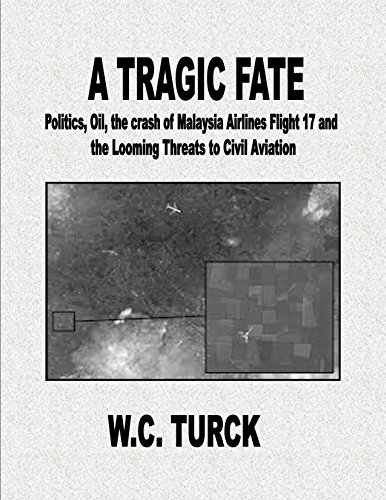 RT contacted Fedotov and he said that Reuters correspondent Anton Zverev was “less than accurate” with his testimony.

“When we talked about the Boeing on camera, I explained everything as it was. The things that I allegedly said off-camera were just made up by the journalist. It’s all lies. Off-camera, we never discussed the Boeing,” Fedotov told RT.

He added that the Reuters journalist contacted him after taking the interview, but never showed him a draft of the article. Instead he was asking whether Fedotov had got into trouble for speaking to him.

“The journalist called me and asked if I was in trouble. I was really surprised. Why would I be in trouble if I told the truth? And then my friends told me in the article I was saying different things when the cameras were on and off. That’s when I understood why he was asking if I was in trouble,” the witness explained.

“So it’s mere fantasy from the journalist or maybe he was doing it for his own benefit,” he added.

RT’s request to Reuters for comments on the controversy and raw footage of Fedotov’s interview was not replied to as of publication of this article.

Reuters’ reporting was not based solely on Fedotov’s testimony. The agency cited three other eyewitnesses from the village, but only Fedotov was cited as pointing to either side of the conflict as firing the missile. The report emphasized that the eyewitness accounts didn’t conclusively prove that the rocket they saw was the one that downed Flight MH17.

Earlier in March, Russian Foreign Minister Sergey Lavrov condemned the Reuters report of witnesses’ statements, saying it “looked like a stovepiping.” The top diplomat also then said that questions posed by Russia’s officials remained unanswered, saying there have been no promised images from American satellites or recordings of Ukrainian air traffic controllers’ communications with the plane.

The Malaysian Boeing 777 airliner was downed over eastern Ukraine on July 17 last year, killing 298 people on board. The incident became an instant controversy, with Ukraine and its Western backers accused rebel forces and Russia of being behind the downing.

An investigation into the incident is being conducted by the Netherlands, but the preliminary report released last year didn’t point even to a kind of weapon used in the downing of the aircraft, only that an outside force destroyed it mid-air.

Russia called not to jump to conclusions and made military radar data public which indicated the presence of Ukrainian surface-to-air batteries and warplanes in the area on the day of the Boeing shooting.

Earlier Ukrainian media falsely claimed that Dutch investigators concluded that MH17 had been shot down by the rebels with a Buk missile, citing a report in the Dutch media that outlined the popular theory, but didn’t claim it to be proven. Dutch prosecutors told RT at the time that the investigation had not been concluded.