I met Doug Williams in August while developing a pilot for a TV show about myth busting. He’s the most vocal critic of polygraph machines in the world and authored the book From Cop to Crusader: My Fight Against the Dangerous Myth of “Lie Detection.” Williams’ history in law enforcement brought him from the Oklahoma City Police Department to the White House where he served under Johnson and Nixon as a communications advisor (Johnson was cool, Nixon was a dick). He has issued thousands of polygraph tests over the years and even helped make the test part of federal law.

Doug started to realize the whole thing was a scam in the late 1970s and since then has devoted his entire life to giving everyone else the same epiphany. Unfortunately, the government doesn’t see it the same way and on May 12th, his trial will begin for the crime of “train[ing]… customers how to conceal misconduct and other disqualifying information.” He was busted by two undercover federal agents who took his course and decided the class had gone from simply “debunking” to “aiding and abetting.” The Feds are trying to say that Williams is hampering investigations, but all 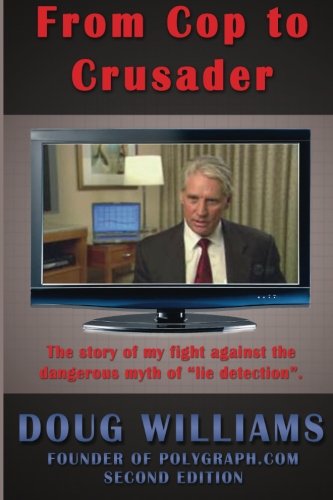 he’s doing is proving these machines don’t work by presenting evidence. 60 Minutes did the same thing in a 1986 episode where three out of three experts failed their own test. People are losing their jobs and going to prison based on the findings of a machine that appears to be totally unreliable. The only thing he’s hampering here is the abuse of power. The irony is, if it’s possible to beat a polygraph, it clearly isn’t a reliable piece of equipment. If it’s not possible to beat, his courses are irrelevant. You can teach someone to trick a police radar all you want. It’s still going to clock you if you’re going over the speed limit. This seems like common sense yet the state has won cases like this before. In 2013, an electrician named Chad Dixon was sentenced to 8 months in jail for helping people beat the machine.

When I first met Doug I thought he was some kind of conspiracy nut. He’s a bombastic Okie with shoulder-length gray hair and cowboy boots. I had just met a professional polygraph instructor in Britain who seemed way more legitimate. This was likely due to the British accent, which commands more intellectual authority than a Southern one. Even when the redneck is smarter. It’s an annoying assumption most of us make that probably has something to do with both the American Revolution and the Civil War.

That Power Outage in Washington, DCGreat Engines of Yesterday