Break Up to Make Up

Obama is kissing and making up with Egyptian President Abdelfattah al-Sisi.  The US and Egypt broke up when al-Sisi led the coup that US-backed Mohamed Morsi and his Muslim Brotherhood regime in August 2012.  From a commentary from Glenn Greenwald on this rapprochement: 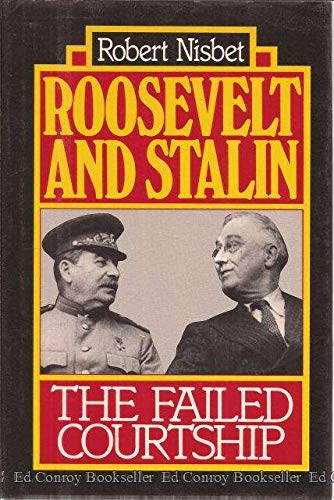 Greenwald outlines the many human rights abuses committed by as-Sisi’s government – something that has never prevented US advances in the past.  Greenwald does not offer a reason of why today is the day, or what has gone on behind the scenes.

So, why today?  Here is a clue, and the reason appears to be a lover’s jealousy:

On February 9 [Putin] met Egypt’s President Abdel Fattah al-Sisi in Cairo…. Few details of the latest Cairo visit are being released but Putin said they agreed to boost trade and military

At the same time al-Sisi announced that Egypt would join Russia’s new Eurasian Economic Union in the form of a joint Free Trade Agreement. The union consists of Russia, Belarus, Kazakhstan and Armenia. It was Ukrainian President Viktor Yanukovich’s November announcement to the EU that Ukraine would join the Eurasian union that triggered the US blatant coup d’etat of Maidan Square.

Robert Nisbet wrote a book, Roosevelt and Stalin: The Failed Courtship.  Adolescent boys who remain controlled by their hormones.  Perhaps it is this simple.

Previous article by Bionic Mosquito: When Life Is a Total Horror