As noted last week, the aggregate amount of loans for new and used cars will in short order eclipse the $1 trillion mark, joining total student debt in full-on bubble mode. Better still, early delinquencies on auto loans are now sitting back at their 2008 highs (both for all borrowers and for subprime borrowers, with 9% of the latter now missing a payment within the first 8 months of origination). Despite this, and despite the fact that nearly a third of all auto loans in 2013 were made to subprime borrowers (the same amount we saw in 2006 at the very height of reckless underwriting standards), Experian says everything is fine.

Meanwhile, Wells Fargo recently noted that although lending standards had indeed gotten back to “normal” (and as a reminder, “normal” now means how things were in 2006) it’s beginning to look like some households “might be overleveraged.” Simultaneously, lenders are again showing a propensity towards origination for the purpose of selling loans rather than holding them; that is, originating loans and then happily passing them on to the Wall Street

securitization machine, which explains why despite a collapse in the issuance of ABS backed by home equity loans since the crisis, total ABS issuance in the U.S. hit its highest level since 2008 last year.

These are things that Wells should know something about as they made some $30 billion in auto loans last year and indeed it now appears the bank may be getting concerned about the market it’s helped to build. As the NY Times reports:

Wells Fargo, one of the largest subprime car lenders, is pulling back from [subprime auto lending], a move that is being felt throughout the broader auto industry…

Wells Fargo has imposed a cap for the first time on the amount of loans it will extend to subprime borrowers.

The bank is limiting the dollar volume of its subprime auto originations to 10 percent of its overall auto loan originations, which last year totaled $29.9 billion, bank executives said.

The decision, detailed in interviews with top Wells Fargo executives, along with other large auto lenders, is a sobering moment for the booming market. Other lenders may decide to take their cue from Wells Fargo, one of the

The Times’ description of industry dynamics could easily be mistaken for a recap of the buildup to the housing bust, as investors chase returns, Wall Street chases fees, banks ease lending standards to increase volumes, and borrowers who are jobless (which must mean they aren’t experienced waiters) throw every semblance of prudence out the window:

Large banks, weathering a slowdown in other types of lending like mortgages, have increased their auto lending. And much as in the housing boom, investors in search of higher returns, like insurance companies and hedge funds, are buying billions of dollars of investments backed by subprime auto loans.

Such growth, though, has given rise to concerns, like those at Wells Fargo, that growing competition is fostering lax lending practices, including longer repayment periods and increased loan balances.

Federal and state authorities, meanwhile, are examining whether dealerships have been inflating borrowers’ income or falsifying employment information on loan applications to ensure that any borrower, even some who are unemployed and have virtually no source of income, can buy a car. 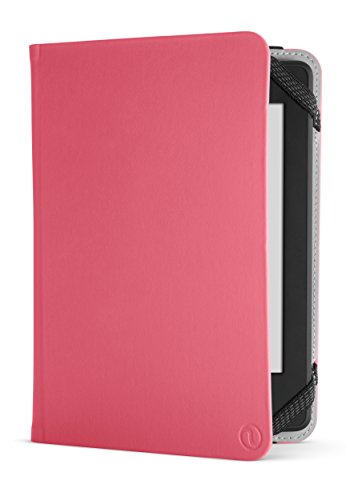 Just how bad has it gotten? This bad:

Last week at the annual conference of the Global Association of Risk Professionals in New York, Darrin Benhart, a senior regulatory official at the Office of the Comptroller of the Currency, which regulates Wells Fargo, noted that lenders had extended repayment periods to 84 months — 40 percent longer than the typical period — and were making loans that were far greater than the value of the car.

This is perhaps the clearest sign yet that we have learned literally nothing from the crisis years. That is, this is precisely the same dynamic and it will end precisely the same way: defaults will rise, investors in assets backed by these loans will suffer outsized losses, and the assets themselves will become completely illiquid. Indeed, the dominoes have already started to fall. Here’s Fitch with the last word:

In the subprime sector, 60+ day delinquencies rose to 4.75% in January, a 7.7% move higher and were 24% above the same period in 2014. This is the highest level recorded since October 2009 (4.76%). Meanwhile, ANL rose 4.5% MOM in January hitting a five-year high when 9.07% was recorded in early 2009. Asset performance has slowed over the past two years driven mainly by softer underwriting and collateral credit quality in securitized pools.