The Folly of 1845: Texas and the Evils of Annexation

This year marks the 170th anniversary of the annexation of Texas by the United States government. Although Texas militias had gained de facto independence from Mexico in 1836, negotiations between Mexico and the United States continued for another nine years as the Texas government attempted to work out a long-term strategy for Texas. Most Texans (especially the Anglo ones) wanted union with the United States, and American settlers looking to move to Texas also wanted union to ease emigration and legal issues. Moreover, American slave owners saw the opportunity to admit another slave state to the United States to counterbalance the addition of northern free states from the Louisiana Purchase.

In 1845, Congress approved annexation, significantly enlarging the size of the United States, but the annexation also brought with it many unresolved issues including ongoing border disputes with Mexico and simmering issues over the balance of slave states and free states in the electoral college and Congress. 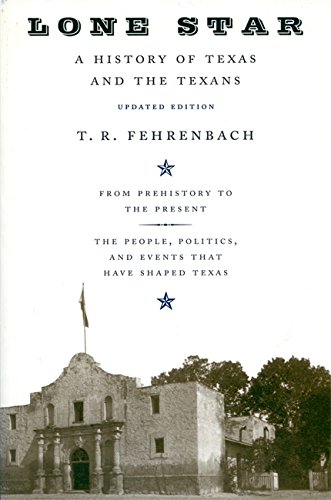 By 1845, the fact that the enumerated powers obviously nowhere empower congress to annex new territories was apparently not a problem for most. Even today, people who claim to be “strict constructionists” will defend the Louisiana Purchase and other annexations in spite of the lack of constitutional authority. Arguments in favor of annexation rarely rise above crude consequentialism, but this didn’t stop Jefferson — that alleged defender of decentralization — from massively enlarging the size and scope of the US government with the Louisiana Purchase. Others argue that the populations in the new territories demanded annexation. But, this is irrelevant since there’s no legitimate reason why foreigners (i.e., Texans before annexation) should be dictating policy to Americans.

Of course, the constitutionality of a government act tells us nothing as to whether or not it expands or restricts human freedom; constitutionality is hardly synonymous with expanding freedom. Annexation, on the other hand, regardless of its legal status, is an extension and consolidation of a state monopoly. Moreover, the problem of annexation in general, and thus in the Texas case specifically, is that it is damaging to the freedom of the residents of the annexing country just as much as it is for the residents of the annexed territories.

At the same time, one of the easiest ways to expand this monopoly is to simply expand the physical territory over which the monopoly extends. In the past, when financial markets and money-based economies were undeveloped, land (especially land fit for agriculture) remained one of the few reliable sources of wealth. Thus, governments regularly fought over physical parcels of land that could be distributed among favored supporters and citizens. Today, land is only one type of wealth, although even today, governments seek to extend themselves over new lands whenever the opportunity arises, and new territories often mean new taxpayers who can be exploited in perpetuity. New lands can offer strategic military advantages, and nowadays, there might be oil there. Not all annexations are financially lucrative, but, they will endure if they offer at least some advantage to states whether in the form of military strategy or political prestige.

These reasons are behind why China is in Tibet, why Israel is in the West Bank, and why Russia is in the Crimea. The US government, a typical state, behaves similarly. It seizes territories wherever possible, including Guam, the American West, Alaska, Hawaii, Texas, the Floridas, and the Philippines. The way in which these areas are annexed differ, but they all increased the size, scope, and power of the United States government.

Today, annexation has become largely taboo, as the Russian annexation of the Crimea illustrates. Most states opt for de facto annexation instead. It’s much more acceptable to install a puppet government and merely occupy a territory than to fully annex it. In some ways, occupation is preferable to annexation because the occupying state need not concern itself with the welfare of the local population. The occupying state need only exploit the territory for its military advantage or its usefulness in extracting natural resources. Such was the strategy of the British in Egypt and Sudan, and the United States in Iraq and Afghanistan.

But full-blown annexation is the most dangerous because there is a finality in it, and it offers the ruling state a more complete and enduring monopoly of force over the territory in question.

Annexation Is the Opposite of Secession

With Texas and with all cases of annexation, the arguments that exist in favor of secession apply equally well in opposition against annexation. If we wish to truly limit states, we need to limit the extent to which they can exercise a monopoly. A vast unified state over a large territory offers few choices for its residents. Those wishing to escape to somewhere else must move hundreds, if not thousands, of miles away to build a new life under a new government. It was, as Ralph Raico has explained, the lack of any widespread single-state in Europe that made the Europeans more wealthy and free than other civilizations. There is no reason to believe that North America should be different.

For an illustration of the day-to-day implications of living under a geographically huge state — if we could time travel — we could ask a slave under the fugitive slave laws in 1850 America if he would welcome a foreign border with a non-slave state fifty miles away. Or would he prefer that the United States extend 1,000 miles in all directions? It’s an easy question to answer, and the slave drivers certainly knew the answer, too. 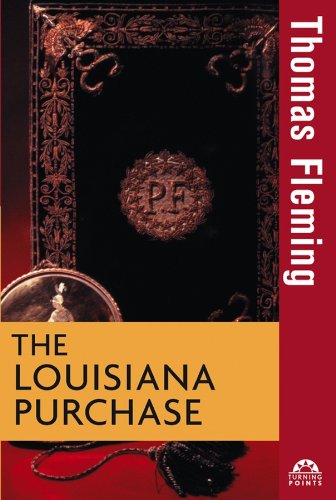 Choosing Among Many American Republics

With the Louisiana Purchase, it was claimed that without the purchase, the lands west of the US would forever be ruled by hostile governments. This was never more than fear-mongering. Indeed, any serious analysis of the demographic realities of the time makes it clear that it was only a matter of time until the region was going to be peopled by migrants from the United States anyway. No European country was in a position to offer migrants on a scale that could rival the numbers of American settlers pouring into Texas and other nearby lands. Had the United States government actually been restrained by its constitution, or by its people, those lands would have become independent states run largely by former Americans and their descendants. Certainly, the declining Spanish Empire or Revolutionary France was in no position to re-conquer a region populated by English-speaking former Americans.

Were annexation not on the menu, the history of North America would be a history of numerous independent states (probably republics), most of which would share a significant ethnic, religious, and cultural bond with Americans. Most would even share a common language. Some of these republics would be more French and Spanish in flavor, and some would be less so. And all the while, should one of these republics, the United States included, become too contemptuous of its own taxpayers, they would have numerous other republics nearby — with similar cultures, legal systems, and languages — from which to choose.

Moreover, for those who argue that such a situation would lead to more frequent international wars, the burden of proof is on them to demonstrate that these conflicts would be worse than the blood-soaked American Civil War, which was a direct result of the constitutional and political conflicts stirred up by westward annexations. And of course, the United States would never have been pulled into the Mexican War had it not annexed Texas first.

What About National Defense?

Under such conditions, there is nothing preventing these independent republics from enacting treaties of mutual defense. All states could enter into agreements governing free trade, migration, and military defense.

Such international agreements do not require political union, and yet this dubious claim of the necessity of unity was behind the great bait and switch that was the new American constitution in 1787. That massive expansion of government power was sold to the voters as necessary to increase the military capacity of the American states. The framers wanted much more than that, of course, as is illustrated by the fact that the constitution is filled with a myriad of unrelated government powers such as coining money, creating federal courts, forming post offices, and regulating trade.

The great problem of mere mutual defense agreements, from the state’s perspective, is that they are temporary and easily malleable in nature. Under such conditions, each state must work to ensure that both its native population and the foreign states in the agreement are pleased with the treaty. In other words, temporary and changeable agreements are far more high-maintenance and limiting on states than if the state simply annexes bordering territories. In that case, as we know from experience, the territories are locked in, and efforts to change the terms of the deal are deemed “treason,” as was the case when Texas attempted to secede from the Union it had joined a mere sixteen years earlier.

As we look back on the nineteenth-century American obsession with uniting, centralizing, and homogenizing everything in the path of the American state, we would do well to remember that the American state’s ability to tax, spy, regulate, coerce, and control everything over a vast continent has been greatly enabled by territorial growth. When combined with American naïveté and faith in the weak reeds of democracy and “checks and balances,”  we’re in deep trouble indeed.

Want To Lose 10 lbs. in 2 Weeks and Never Be Hungry? The Sears Death Spiral