What Is the Libertarian View of Taxes?

What is the libertarian view of taxes? Inquiring minds want to know. And some of them are libertarians.

The libertarian view of taxes is not that taxes should be fair, adequate, sufficient, constitutional, uniform, flat, simple, efficient, apportioned equally, or low. It is not that the tax code should help the poor, benefit the middle class, and be business friendly, should not be used for social engineering purposes, income redistribution schemes, or have loopholes, and should ensure that everyone pays some arbitrary “fair share.” And neither is it that most Americans are not legally required to pay income tax, filing your taxes is voluntary, paying your taxes is voluntary, the 16th Amendment was not properly ratified, etc., etc., etc. My final reply to those arguments is simply two words: Irwin Schiff. 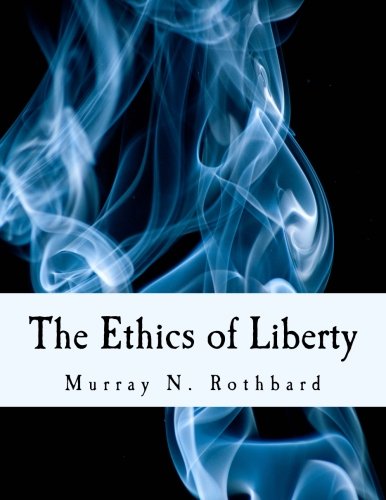 The libertarian view of taxes is simply that taxes should not exist in the first place. There should be no tax code because taxation is theft and violates the non-aggression principle. I cannot improve upon the late, great Murray Rothbard, who wrote in The Ethics of Liberty:

All other persons and groups in society (except for acknowledged and sporadic criminals such as thieves and bank robbers) obtain their income voluntarily: either by selling goods and services to the consuming public, or by voluntary gift (e.g., membership in a club or association, bequest, or inheritance). Only the State obtains its revenue by coercion, by threatening dire penalties should the income not be forthcoming. That coercion is known as “taxation,” although in less regularized epochs it was often known as “tribute.” Taxation is theft, purely and simply, even though it is theft on a grand and colossal scale which no acknowledged criminals could hope to match. It is a compulsory seizure of the property of the State’s inhabitants, or subjects.

It would be an instructive exercise for the skeptical reader to try to frame a definition of taxation which does not also include theft. Like the robber, the State demands money at the equivalent of gunpoint; if the taxpayer refuses to pay his assets are seized by force, and if he should resist such depredation, he will be arrested or shot if he should continue to resist.

hands of Uncle Sam, the mouth of the federal leviathan, and the treasury of the U.S. government is a good thing that should be encouraged and supported.

Thus, tax increases of any kind, tax reform that is revenue neutral, tax base broadening, tax replacement of one tax with another, and tax shifting from one group of taxpayers to another are not in the least bit desirable or libertarian.

Clearly, it would be a good thing for taxpayers if any of the seven tax rates decreased or if any of the brackets expanded. The results would be the same: more money retained by taxpayers and less money taken by the government.

What is not so clear, however, are the results of tax exemptions, deductions, and credits.

that tax credits serve to reduce the amount of tax owed on one’s income. Either way, one will pay less in taxes the greater the number, and the greater the amount, of exemptions, deductions, and credits that he qualifies for.

For tax year 2015, each taxpayer is entitled to one personal exemption for himself, his spouse, and each of his dependents in the amount of $4,000. There are also various deductions that one might qualify for. But even if one doesn’t qualify for any deductions, there is still available to all taxpayers the standard deduction of $6,300 ($12,600 for married filing jointly). And then there are tax credits—dollar-for-dollar reductions of the amount of income tax owed—like the child and dependent care credit, the adoption credit, the child tax credit, the earned income credit, and various education credits.

Any change to tax rates, tax brackets, tax exemptions, tax deductions, or tax credits that in and of itself results in more money retained by taxpayers and less money taken by the government is both desirable even if the change is not across-the-board and regardless of the government’s reason for the change.

Take, for example, the child tax credit. It is worth up to $1,000 per qualifying child under the age of 17 depending upon your modified adjusted gross income. The credit is reduced by 5 percent for each $1,000, or part of that amount, above the income phase-out amount of $75,000 ($110,000 if married filing jointly).

It would be desirable if the amount of the credit increased, the age of children it applied to increased, the credit was reduced by a lesser amount or not at all, and/or the phase-out amount was increased or eliminated—as long as the credit was not refundable and taxes were not shifted to those without children to “pay” for the credit. A tax credit in and of itself is not a subsidy. The fact that the government may have instituted or changed the credit to encourage the production of children, make the tax code more “family friendly,” help the poor, or benefit the middle class is immaterial. It is unfortunate that those without children don’t get the same credits as those with children, but this doesn’t mean that we should oppose out of hand tax credits that relate in some way to children.

Government regulations are bad, but since we have them and since the chance that they will all be eliminated is nonexistent, libertarians should encourage and support action to have as many regulations eliminated as possible, the number of businesses the regulations apply to decreased, and/or the extent of the regulations reduced.

Government itself is bad, but since we have one and since the chance that it will be eliminated is nonexistent, libertarians should encourage and support action to have the government as limited as possible in size and scope. Really limited, not limited in the Republican sense of the government being limited to control by Republicans.

Taxes are bad; tax exemptions, deductions, and credits are good. Always and forever.

The Good Doctor  He Ripped Off LRC, Too