“Welcome to the War”

Wartime: Understanding and Behavior in the Second World War, by Paul Fussell

What was it about the war that moved the troops to constant verbal subversion and contempt?  It was not just the danger and fear, the boredom and uncertainty and loneliness and deprivation.  It was rather the conviction that optimistic publicity and euphemism had rendered their experience so falsely that it would never be readily communicable.

Those in the war – and most specifically, the small minority on the front line – knew the sanitized version that was portrayed for those at the home front; further, they knew that their own comrades who were in support positions knew little of the experience of actual war.

Fussell also comments on this contempt in his companion book of the Great War, “The Great War and Modern Memory”: 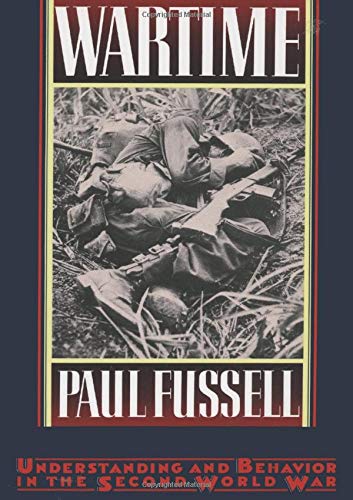 The visiting of violent and if possible painful death upon the complacent, patriotic, uncomprehending, fatuous civilians at home was a favorite fantasy indulged by the troops.

…would like to see them crushed to death by a tank in one of their silly patriotic music halls, and in “Fight to the Finish” he enacts a similar fantasy.  The war over, the army is marching through London in a Victory Parade, cheered by the “Yellow-Pressmen” along the way.  Suddenly the soldiers fix bayonets and turn on the crowd:

At last the boys found a cushy job.

They hated the smiling women on the streets.  They loathed the old men….They desired that profiteers should die by poison-gas.  They prayed God to get the Germans to send Zeppelins to England – to make the people know what war meant.

Those in combat knew that their arms and equipment were inferior to that available to the Germans, their automatic rifles slower and clumsier, and that the Germans had a much better light machine gun.  They knew their tanks were under-armed and under-armored, their anti-tank mines unusable in sub-freezing weather.  The greatest weapon in the war – other than the atomic bomb – was the German 88-mm flat-trajectory gun, used to bring down thousands of bombers and countless tens-of-thousands of soldiers. 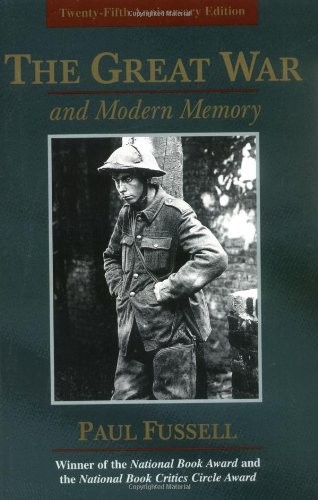 To the extent those at home saw pictures of the dead they saw peaceful, intact bodies. If ever a corpse was shown in a disfigured condition, it was usually the enemy’s dead.

What annoyed the troops and augmented their sardonic, contemptuous attitude toward those who viewed them from afar was in large part this public innocence about the bizarre damage suffered by the human body in modern war.

The general public would not know that the official “Graves Registration form” had a space for indicating “Members Missing.”  It wasn’t always bullets and fragments that did the damage – how about being killed by a violently detached body part of your comrade?

If you asked a wounded soldier or marine what hit him, you’d hardly be ready for the answer, “My buddy’s head,” or his sergeant’s heel or his hand or a Japanese leg, complete with shoe and puttees, or the West Point ring on his captain’s severed hand.

Men split into pieces, the head here, the legs there, the torso…unknown.  Severed heads thought to be mops.  Entrails, always entrails.

An example is offered – an observation by a German soldier after the failed Allied (predominantly Canadian) raid at Dieppe:

There were even shoes, “with feet in them.”

The Dieppe Raid, also known as the Battle of Dieppe, Operation Rutter and, later, Operation Jubilee, was an Allied attack on the German-occupied port of Dieppe during the Second World War. The raid took place on the northern coast of France on 19 August 1942. The assault began at 5:00 a.m. and by 10:50 a.m. the Allied commanders were forced to call a retreat.

After this, the madness.

It wasn’t just the body parts, or lack of parts, that drove men mad; the fear, the constant, continuous, ever-present fear.  Not only on the front line.  Repeated tours on the “Murmansk run”; suffering depth-charges while in a submarine.

Fear induced vomiting, losing control of the bowels, urinating in their pants – common events for those so subjected.  One soldier, realizing his sergeant had just “pissed his pants,” and who then felt liberty to admit he did as well, was told by the Sergeant, “welcome to the war.”

Few soldiers while in training understood the meaning of the term replacement in their Replacement Training Centers.

What was going to happen to the soldiers they were being trained to replace? Why should so many “replacements” – hundreds of thousands of them, actually – be required?

If a division was engaged for more than three months, the probability was that every one of its second lieutenants, all 132 of them, would be killed or wounded.

After fighting from Normandy to Hamburg, as few as five men out of around 200 in each rifle company of the King’s Own Scottish Borderers remained from the original contingent.

Inevitably, all will break down if in combat long enough….Each moment of combat imposes a strain so great that men will break down in direct relation to the intensity and duration of their experience.

…men will inevitably go mad in battle and…no appeal to patriotism, manliness, or loyalty to the group will ultimately matter.

Frontline soldiers, reduced to quivering wrecks.  Not quite as advertised.

As mentioned, it wasn’t only the civilians that were unaware of this reality – most soldiers weren’t aware of this either.  Only a small minority of soldiers did any fighting that brought them into such contact with the enemy – as many as 90% of those who wore uniforms saw no such fighting and knew little if anything about this reality.  Out of 11 million American men in the army, only about 2 million were in the combat divisions and of these, fewer than 700,000 were in the infantry.

It seems reasonable to surmise that the overwhelming majority of those veterans being thanked for their service likely saw little if any combat: those who were on the frontline died, it was those in support who returned.

Why were these realities so unknown?  Believe it or not, a compliant press.  as John Steinbeck confessed in 1958: “We were all part of the war effort.  We went along with it, and not only that, we abetted it.”

Not that the press were liars – they just didn’t tell the truth!  They never wrote of thieves, cowards, rapists or looters; not of the cruel or stupid commanders.

As Walt Whitman declared after examining the facts of the American Civil War (and equally applicable in the present case):

The real war will never get in the books.