Europe’s Age of iIferno: How a Volcano Swallowed the Western World

In June 1783, a volcano erupted in Iceland that sent all of Europe reeling.

Laki, the country’s largest volcano, spewed ash into the atmosphere for eight long months, poisoning everything it touched. The famine that resulted killed off one-fifth of the population of Iceland, along with half of its livestock. But its impact wasn’t contained to the isolated nation: A mysterious fog began to descend upon the U.K. and France, and then onward to Switzerland, Germany and northern and central Italy (some accounts claim it spread as far as North America). The haze was impossible to ignore. It dimmed the stars, made it difficult to breathe, killed grass and trees and crops and people, and brought with it an “intolerable” heat and catastrophic storms. With winter came a reversal, just as extreme: The continent froze and, come spring, flooded in a manner of hours. 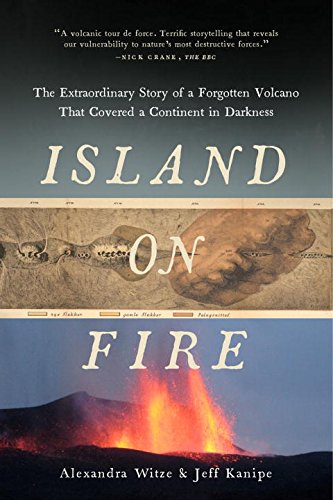 It was, by all definitions, an unprecedented disaster. Some even argue that the unrest it created contributed to the start of the French Revolution. And yet, strangely enough, it’s been largely forgotten.

Science writers Alexandra Witze and Jeff Kanipe explore the story of Laki and other world-changing eruptions in their book, “An Island on Fire.” And they make a compelling case for why, spectacle aside, they deserve our close attention. Salon’s conversation with Witze, which has been lightly edited for length and clarity, follows.

It was fascinating reading your account of the Laki eruption, especially because I had never heard about it before. Do you have any thoughts about why this hasn’t become the stuff of legends, the way, say, Vesuvius has? 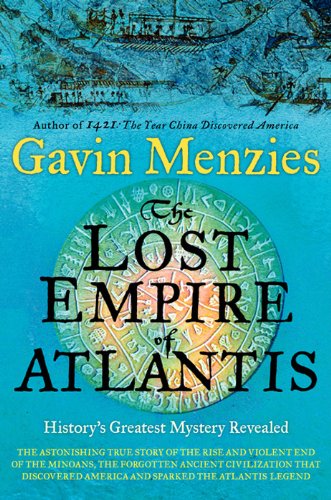 Well, we’re certainly hoping to change that a bit, but a think a lot of it has to do with where and when the eruption happened. This was back in the 18th century, in a fairly remote part of the world. When things like Vesuvius go off, I mean, it’s right smack in the middle of Europe, so there are a lot of people around, a lot of people writing about it, and observing it and kind of checking it out. But Iceland at the time was just really rural: It was a whole bunch of farmers and a bunch of fishermen, and they weren’t really connected to the rest of Europe. They were under the Danish crown at the time, so Copenhagen would occasionally pay attention to what they were doing, but it was really just out of sight and out of mind for a lot of people in Europe and elsewhere.

What’s crazy about that is that, as you write, there’s reason to believe that its effects spread almost everywhere — so people were aware that something had happened.

Right, exactly. So you can imagine if you were living in France or in Germany, or in England, and you’re just going about your daily business, and all of a sudden things start to get really… you see this weird haze descend across the countryside, and everything is kind of murky and white and maybe sometimes it smells a little bit like sulfur and you really have no idea why. And it kind of just goes on and on for months, and eventually you must start to think, hey, where is this coming from? What could be causing it? And that’s actually why Laki became this big scientific puzzle.

How long did it take people to figure out that there was a connection?

It was pretty much that summer. The person who gets most credit for figuring it out was Ben Franklin. The volcano itself started erupting at the start of June, and then throughout that summer and fall and into the next winter, Franklin was thinking about it and wondering where this all came from. And it was within the first couple of months after Laki started to erupt that he proposed that maybe this smoke and fog was coming from an Icelandic volcano. There were some other folks who said this, too, at the same time — some Icelandic and some German scientists offered that, hey, maybe this is coming from a volcano in Iceland.

Was it disputed at the time? Did people have trouble accepting that?

Yeah, I think they did, just because nobody really knew that you could have these long-distance impacts. There were a lot of other ideas going around. Some of them were super-crazy. For example, lightning rods had just started to be introduced, to try and save houses from getting struck by lightning, so there was this weird weather and people were like, well, maybe the weird weather is because we have all these lightning rods around now. Like, maybe this fog has something to do with electricity in the atmosphere. And some people just basically gave up and were like, it’s some sign from God that we’re doing something wrong.

So yeah, it was not really well accepted for a while, because it was just a crazy idea to think, if you’re living in France or England, that something as far away as this remote volcano up in the north Atlantic could change your daily life.

AirAsia: a Pilot Weighs In7 Things ‘Back to the Future’ Predicted for 2015