I’ve been interested in the health benefits of fiber for a long time—so much so, my classmates nicknamed me “Dr. Fiber” when I was in medical school in the ’70s. This was mostly stimulated by reviewing studies by Dr. Denis Brukitt, who has a lymphoma named after him. He passed away about 20 years ago.

I’ve since come to appreciate that the type of fiber in your diet, as well as your gut health, play a major role in harnessing fiber’s health potential while avoiding its potential pitfalls.

Mounting research suggests that a high-fiber diet can help reduce your risk of premature death from any cause, likely because it helps to reduce your risk of a number of chronic diseases. This includes type 2 diabetes, heart disease, stroke, and cancer. As discussed in the featured video, research also shows it can help heart patients live longer.

Studies have also linked a high-fiber diet to beneficial reductions in cholesterol and blood pressure, improved insulin sensitivity, and reduced inflammation—all of which can influence your mortality risk.

One recent meta-analysis1 evaluating the impact of a high-fiber diet on mortality pooled data from 17 different studies tracking nearly 1 million Europeans and Americans. As reported by Scientific American:2

In addition, eight studies showed a 10 percent drop in risk for any cause of death with each 10-gram per day increase in fiber intake.”

Another recent study3,4 produced similar results. Here, every 10-gram increase of fiber intake was associated with a 15-percent lower risk of mortality, and those who ate the most fiber had a 25-percent reduced risk of dying from any cause within the next nine years, compared to those whose fiber intake was lacking. 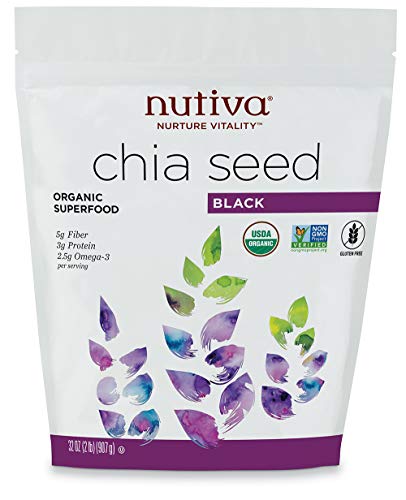 Research5 published in 2013 also found that for every seven grams more fiber you consume on a daily basis, your stroke risk is decreased by seven percent. This equates to increasing your consumption of fruits and vegetables by about two additional portions per day.

Why Cereal Grains May Be Counterproductive

Unfortunately, most people get only half that, or less—despite the fact that most people eat diets high in grains. Part of the problem is that your best source of dietary fiber comes from vegetables and most people simply aren’t eating enough veggies…

The featured article6 cites a researcher who suggests that cereal grains may offer “the best risk reductions for colorectal and cardiovascular disease.” I disagree with recommendations to boost your consumption of cereal grains, because this completely ignores the issue of glyphosate contamination in many modern grains. 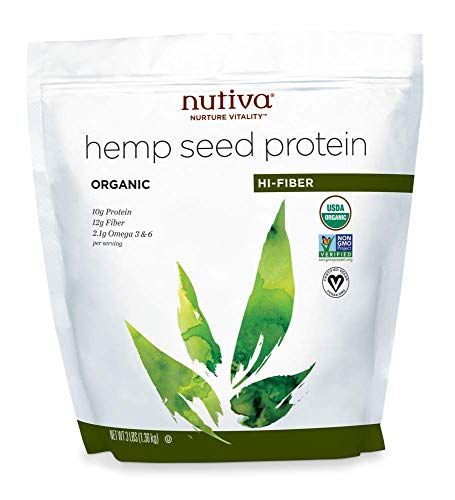 As a result, most of the non-organic wheat supply is now heavily contaminated with glyphosate, which has been linked to celiac disease and other gut dysfunction. Needless to say, this is the exact converse of what you’re trying to achieve by adding fiber to your diet… Cereal grains may have been a good source of fiber in the past, but not anymore.

Moreover, a high-grain diet tends to promote insulin and leptin resistance, and that, too, is counterproductive as it actually promotes many of the chronic diseases that healthy fiber can help reduce, most notably type 2 diabetes, heart disease, and cancer.

Besides, most whole grain products on the market are highly processed, which further deteriorates their value. Instead, focus on eating more vegetables, nuts, and seeds. The following whole foods, for example, contain high levels of soluble and insoluble fiber. 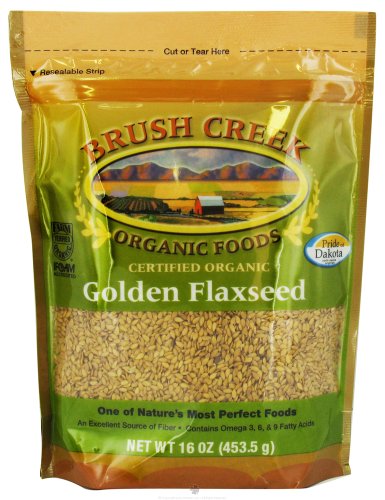 The benefits of fiber can in part be explained by its beneficial impact on the microorganisms in your gut. Soluble fibers, such as psyllium, are probiotics that help nourish beneficial bacteria. These beneficial bacteria assist with digestion and absorption of your food, and play a significant role in your immune function.

Opting for an organic version of psyllium will prevent exposure to pesticides, herbicides, and chemical fertilizers that are present in nearly all commercial psyllium products.

I also recommend choosing one that does not contain additives or sweeteners, as these tend to have a detrimental effect on your microbiome. Sugar, for example, feed potentially pathogenic microorganisms, which is the converse of what you’re trying to achieve.

In recent years, it’s become overwhelmingly clear that in order to be truly healthy, you need a healthy gut. For example, a recent article in The Atlantic7 addressed the links between your gut microbiome and your risk for rheumatoid arthritis, noting that:

“Several recent studies have found intriguing links between gut microbes, rheumatoid arthritis, and other diseases in which the body’s immune system goes awry and attacks its own tissue. A study8 published in 2013… found that people with rheumatoid arthritis were much more likely to have a bug called Prevotella copri in their intestines than people that did not have the disease. [A]nother study9… found that patients with psoriatic arthritis, another kind of autoimmune joint disease, had significantly lower levels of other types of intestinal bacteria.” 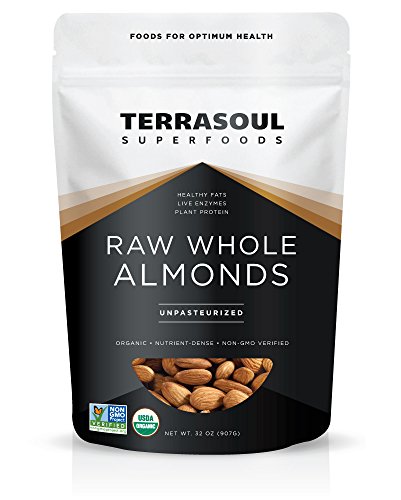 Alterations of the human microbiome through inappropriate and unnatural diet changes appear to be part and parcel of rising disease rates. In essence, we’ve strayed too far from our natural diet, which promotes a healthy gut flora. A major culprit is food processing, which removes many of the vital nutrients. Add to that the use of agricultural chemicals such as glyphosate, and decimated soil nutrients secondary to industrial agriculture , and it should be clear that what we’re eating today is very far indeed from what our ancestors ate even a two or three generations ago. As a result, our microbiome is changing, and it’s changing for the worse.

Researchers have even begun to look at the influence of gut bacteria in the formation of certain kinds of cancer, as well as neurological diseases such as Parkinson’s. One such study10 found that 89 percent of cancerous tumors removed from the right side of the colon were covered in biofilm—a thick layer of densely packed colonies of bacteria. Interestingly, only 12 percent of tumors removed from the left side of the colon had biofilms on them.

“The presence of these biofilms may represent an increased likelihood of colon cancer and could offer a new way to predict a person’s risk for the disease,’ WebMD11 notes, adding: ‘Like tooth plaque and slime on pond stones, these biofilms may coat the mucus layer of cells lining the colon, according to background information from the study.’

‘There, the biofilms may cause inflammation and some noncancerous bowel diseases,’ said Dr. Cynthia Sears, professor of medicine and oncology at the Johns Hopkins University School of Medicine and Bloomberg School of Public Health… The reasons for the difference between the right and left side of the colon are unknown… The risk of developing colon cancer may be five times higher in people with biofilms on the right side of the colon, compared to those with no biofilms…” 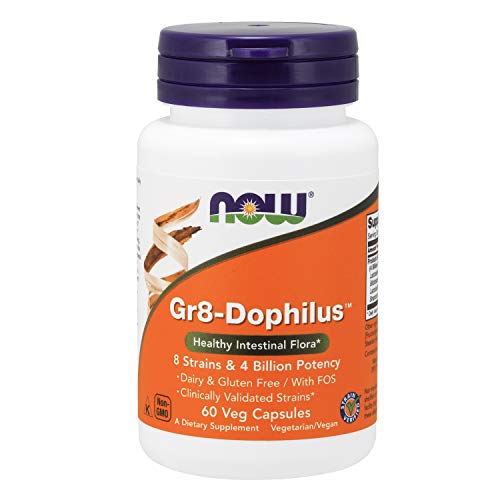 Other recent research12 sheds light on the connection between carb-rich diets and colon cancer. As it turns out, certain bacteria that thrive on sugar produce a chemical that activates the growth of tumor cells. There’s a gene mutation that has been linked to one out of five cases on non-inherited colon cancer. This mutation prevents cells from repairing errors that arise during DNA replication.

This is known as “the mismatch DNA repair system,” and it causes accelerated cell division. This research shows that carbohydrates and the bacteria that feed on them can speed up this dysfunctional process. Basically, carb-loving bacteria release a chemical that pushes colon cells that lack the ability to repair DNA errors to multiply in an uncontrollable manner, thereby producing tumors. As reported by Science News:13

“In country after country where people have switched to Western-style diets heavy in refined sugars such as high fructose corn syrup, the incidence of colorectal cancer has increased, says geneticist Scott Bultman of the University of North Carolina, Chapel Hill, who was not involved in the study. Until now, the underlying connection between food and colon cancer has been cloudy.

‘This study gives a good mechanism for how diet is tied to colon cancer,” Bultman says… If the mouse experiments mimic human cancers, then shunning high-carbohydrate, Western diets could allay or prevent the disease for many people,’ says Bultman. Following a well-balanced diet, with fewer refined sugars and more fiber, is good for the microbiome and likely has an effect on cancer predisposition.”

Your Environment, Especially Your Diet, Shapes Your Immune System

As you probably know, your immune system is the first line of defense against any and all illness, whether acute or chronic. A recent article in Science magazine15 discusses the role of the environment in shaping your immune system. In a study on twins, immunologist Mark Davis of Stanford University set out to determine the influence of genetics on immune system function. His paper,16 “Variation in the Human Immune System Is Largely Driven by Non-Heritable Influences,” reveals the nature of his findings.

As reported by Science:

“After recruiting 210 identical and fraternal twins between 8 and 82 years old, Davis and colleagues took blood samples and measured more than 200 parameters of their immune systems. For example, they measured the numbers of 95 kinds of immune cells and 51 kinds of proteins [and found] that identical twins’ immune systems were too different for the variation to boil down to genetics.

Indeed, environment overshadowed inheritance in three-quarters of the measurements, and half showed no measurable genetic influence. Moreover, younger twins were more similar than were older twins, evidence that as the twins aged and were exposed to different environments, their immune systems diverged over time.” 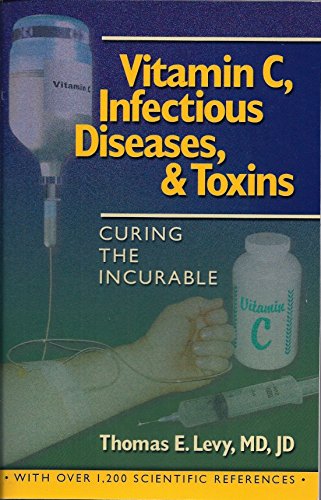 Interestingly, they also evaluated whether or not genetics might influence the twin’s responses to flu vaccines. As I’ve discussed on many occasions, both genetic and epigenetic or environmental factors can predispose a child to vaccine damage—and an unhealthy microbiome appears to be a particularly potent risk factor. Here, they discovered that “the variation in responses was almost entirely the result of environmental differences.”

What this means, in practical terms, is that vaccine safety cannot be ascertained by, say, a genetic test. At present, the only indication I know of is testing to check your baby’s gut flora, as described in Dr. Natasha Campbell-McBride‘s GAPS book. As Dr. Campbell explains, establishment of normal gut flora in the first 20 days or so of life plays a crucial role in appropriate maturation of your baby’s immune system. Hence, babies who develop abnormal gut flora are left with compromised immune systems.

For a Health Boost, Increase Your Fiber

While I’m no longer known as Dr. Fiber, I still hold firm to my belief in the benefits of dietary fiber as long as most of it is coming from high-quality, preferably organic, vegetables. Fiber undoubtedly contributes to overall good health and longevity, and can have a positive influence on your disease risk by feeding and promoting the proliferation of healthy gut bacteria. Fiber, especially insoluble fiber, can serve as a powerful bowel movement normalizer. If you are constipated it will soften your stools and if you have loose stools it will form them better.

I believe it is best to not rely on grain-based fiber sources, as this threatens your health in too many ways, from raising your insulin and leptin levels, to increasing your risk of glyphosate exposure. Processed grains are particularly harmful, and are second only to refined sugar and fructose in terms of promoting chronic disease. If there’s one thing you do NOT need, it’s sugar—from any source.

Instead, get your fiber from fresh locally grown organic vegetables, nuts, and seeds. If you still fall short of the recommended 30-32 grams per day (20 grams being a bare minimum), supplementing with organic psyllium husk can help bring you closer to this ideal amount. Just make sure that the psyllium is organic. Avoid non-organic psyllium like the plague as it is loaded with pesticides.

Falling Prices Are Bad for Society?Disasters Happen, Even When You’re at Work