Welcome to the Matrix: Enslaved by Technology and the Internet of Things

“There will come a time when it isn’t ‘They’re spying on me through my phone’ anymore. Eventually, it will be ‘My phone is spying on me.’” ― Philip K. Dick

If ever Americans sell their birthright, it will be for the promise of expediency and comfort delivered by way of blazingly fast Internet, cell phone signals that never drop a call, thermostats that keep us at the perfect temperature without our having to raise a finger, and entertainment that can be simultaneously streamed to our TVs, tablets and cell phones.

Likewise, if ever we find ourselves in bondage, we will have only ourselves to blame for having forged the chains through our own lassitude, laziness and abject reliance on internet-connected gadgets and gizmos that render us wholly irrelevant.

Indeed, while most of us are consumed with our selfies and trying to keep up with what our so-called friends are posting on Facebook, the megacorporation Google has been busily partnering with the National Security Agency (NSA), the Pentagon, and other governmental agencies to develop a new “human” species, so to speak.

In other words, Google—a neural network that approximates a global brain—is fusing with the human mind in a phenomenon that is called “singularity,” and they’ve hired transhumanist scientist Ray Kurzweil to do just that.

Google will know the answer to your question before you have asked it, Kurzweil said. “It will have read every email you will ever have written, every document, every idle thought you’ve ever tapped into a search-engine box. It will know you better than your intimate partner does. Better, perhaps, than even yourself.”

But here’s the catch: the NSA and all other government agencies will also know you better than yourself. As William Binney, one of the highest-level whistleblowers to ever emerge from the NSA said, “The ultimate goal of the NSA is total population control.”

We’re fast approaching Philip K. Dick’s vision of the future as depicted in the film Minority Report. There, police agencies apprehend criminals before they can commit a crime, driverless cars populate the highways, and a person’s biometrics are constantly scanned and used to track their movements, target them for advertising, and keep them under perpetual surveillance. 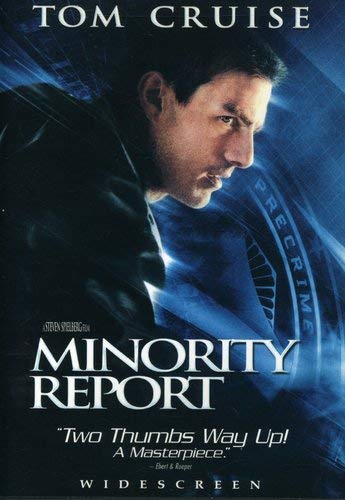 Cue the dawning of the Age of the Internet of Things, in which internet-connected “things” will monitor your home, your health and your habits in order to keep your pantry stocked, your utilities regulated and your life under control and relatively worry-free.

The key word here, however, is control.

In the not-too-distant future, “just about every device you have — and even products like chairs, that you don’t normally expect to see technology in — will be connected and talking to each other.”

By 2018, it is estimated there will be 112 million wearable devices such as smartwatches, keeping users connected it real time to their phones, emails, text messages and the Internet. By 2020, there will be 152 million cars

connected to the Internet and 100 million Internet-connected bulbs and lamps. By 2022, there will be 1.1 billion smart meters installed in homes, reporting real-time usage to utility companies and other interested parties.

This “connected” industry—estimated to add more than $14 trillion to the economy by 2020—is about to be the next big thing in terms of societal transformations, right up there with the Industrial Revolution, a watershed moment in technology and culture.

Between driverless cars that completely lacking a steering wheel, accelerator, or brake pedal, and smart pills embedded with computer chips, sensors, cameras and robots, we are poised to outpace the imaginations of science fiction writers such as Philip K. Dick and Isaac Asimov. By the way, there is no such thing as a driverless car. Someone or something will be driving, but it won’t be you.

The 2015 Consumer Electronics Show in Las Vegas is a glittering showcase for such Internet-connected techno gadgets as smart light bulbs that discourage burglars by making your house look occupied, smart thermostats that regulate the temperature of your home based on your activities, and smart doorbells that let you see who is at your front door without leaving the comfort of your couch.

Nest, Google’s $3 billion acquisition, has been at the forefront of the “connected” industry, with such technologically savvy conveniences as a smart lock that tells your thermostat who is home, what temperatures they like, and when your home is unoccupied; a home phone service system that interacts with your connected devices to “learn when you come and go” and alert you if your kids don’t come home; and a sleep system that will monitor when you fall asleep, when you wake up, and keep the house noises and temperature in a sleep-conducive state.

The aim of these internet-connected devices, as Nest proclaims, is to make “your house a more thoughtful and conscious home.” For example, your car can signal ahead that you’re on your way home, while Hue lights can flash on and off to get your attention if Nest Protect senses something’s wrong. Your coffeemaker, relying on data from fitness and sleep sensors, will brew a stronger pot of coffee for you if you’ve had a restless night.

It’s not just our homes that are being reordered and reimagined in this connected age: it’s our workplaces, our health systems, our government and our very bodies that are being plugged into a matrix over which we have no real control.

Moreover, given the speed and trajectory at which these technologies are developing, it won’t be long before these devices are operating entirely independent of their human creators, which poses a whole new set of worries. As technology expert Nicholas Carr notes, “As soon as you allow robots, or software programs, to act freely in the world, they’re going to run up against ethically fraught situations and face hard choices that can’t be resolved through statistical models. That will be true of self-driving cars, self-flying drones, and battlefield robots, just as it’s already true, on a lesser scale, with automated vacuum cleaners and lawnmowers.”

For instance, just as the robotic vacuum, Roomba, “makes no distinction between a dust bunny and an insect,” weaponized drones—poised to take to the skies en masse this year—will be incapable of distinguishing between a fleeing criminal and someone merely jogging down a street. For that matter, how do you defend yourself against a robotic cop—such as the Atlas android being developed by the Pentagon—that has been programmed to respond to any perceived threat with violence?

Unfortunately, in our race to the future, we have failed to consider what such dependence on technology might mean for our humanity, not to mention our freedoms.

Ingestible or implantable chips are a good example of how unprepared we are, morally and otherwise, to navigate this uncharted terrain. Hailed as revolutionary for their ability to access, analyze and manipulate your body from the inside, these smart pills can remind you to take your medication, search for cancer, and even send an alert to your doctor warning of an impending heart attack.

Sure, the technology could save lives, but is that all we need to know? Have we done our due diligence in asking all the questions that need to be asked before unleashing such awesome technology on an unsuspecting populace?

What kind of warnings should users receive about the risks of implanting chip technology inside a body, for instance? How will patients be assured that the technology won’t be used to compel them to take medications they don’t really want to take? Could law enforcement obtain data that would reveal which individuals abuse drugs or sell them on the black market? Could what started as a voluntary experiment be turned into a compulsory government identification program that could erode civil liberties?

Let me put it another way. If you were shocked by Edward Snowden’s revelations about how NSA agents have used surveillance to spy on Americans’ phone calls, emails and text messages, can you imagine what unscrupulous government agents could do with access to your internet-connected car, home and medications? Imagine what a SWAT team could do with the ability to access, monitor and control your internet-connected home—locking you in, turning off the lights, activating alarms, etc.

Thus far, the public response to concerns about government surveillance has amounted to a collective shrug. After all, who cares if the government can track your whereabouts on your GPS-enabled device so long as it helps you find the fastest route from Point A to Point B? Who cares if the NSA is listening in on your phone calls and downloading your emails so long as you can get your phone calls and emails on the go and get lightning fast Internet on the fly? Who cares if the government can monitor your activities in your home by tapping into your internet-connected devices—thermostat, water, lights—so long as you can control those things with the flick of a finger, whether you’re across the house or across the country?

As for those still reeling from a year of police shootings of unarmed citizens, SWAT team raids, and community uprisings, the menace of government surveillance can’t begin to compare to bullet-riddled bodies, devastated survivors and traumatized children. However, both approaches are just as lethal to our freedoms if left unchecked.

Control is the key here. As I make clear in my book A Government of Wolves: The Emerging American Police State, total control over every aspect of our lives, right down to our inner thoughts, is the objective of any totalitarian regime.

George Orwell understood this. His masterpiece, 1984, portrays a global society of total control in which people are not allowed to have thoughts that in any way disagree with the corporate state. There is no personal freedom, and advanced technology has become the driving force behind a surveillance-driven society. Snitches and cameras are everywhere. And people are subject to the Thought Police, who deal with anyone guilty of thought crimes. The government, or “Party,” is headed by Big Brother, who appears on posters everywhere with the words: “Big Brother is watching you.”

Make no mistake: the Internet of Things is just Big Brother in a more appealing disguise.

Even so, I’m not suggesting we all become Luddites. However, we need to be aware of how quickly a helpful device that makes our lives easier can become a harmful weapon that enslaves us.

This was the underlying lesson of The Matrix, the Wachowski brothers’ futuristic thriller about human beings enslaved by autonomous technological beings that call the shots. As Morpheus, one of the characters in The Matrix, explains:

The Matrix is everywhere. It is all around us. Even now, in this very room. You can see it when you look out your window or when you turn on your television. You can feel it when you go to work… when you go to church… when you pay your taxes. It is the world that has been pulled over your eyes to blind you from the truth.

Morpheus leans in closer to Neo: “That you are a slave, Neo. Like everyone else you were born into bondage. Born into a prison that you cannot smell or taste or touch. A prison for your mind.”

Previous article by John W. Whitehead: You’re Either a Cop or a Peon