When Goldman Writes The New York Fed's Press Releases, Then All Is Lost

Much has been said about Goldman’s control over the most important Federal Reserve of all, that of New York, where the all important Markets Group is located, which does as the name implies, “influences” markets (those who may have missed it are encouraged to read “Goldman “Whistleblower” Sues NY Fed For Wrongful Termination“,  “How Goldman Controls The New York Fed: 47.5 Hours Of “The Secret Goldman Sachs Tapes” Explain“, “A Quick Look At Goldman’s Takeover Of The US Judicial System: NY Fed Edition“, and of course “I Am Putting Everything In Goldman Sachs Because These Guys Can Do Whatever The Hell They Want.”

And while it is very clear by now that nothing will change under the current corrupt and compromised executive, legislative and judicial system, because at the end of the day, Goldman has indirect control over all three branches of government , here is the one anecdote which, in a non banana republic, would be the straw that finally broke the camel’s back.

As the financial crisis raged in September 2008, Goldman Sachs and Morgan Stanley sought sanctuary from the Federal Reserve.

The last two big independent broker-dealers were allowed to become bank holding companies, giving them access to government liquidity that could keep them afloat.

Goldman drafted its own statement, quoting Lloyd Blankfein, chief executive, as saying: “We believe that Goldman Sachs, under Federal Reserve supervision, will be regarded as an even more secure institution.”

According to people familiar with the matter, Goldman then drafted another release and sent it to the New York Fed. This one was to be used as the central bank’s own statement.

And while the FT is kind enough to digest that piece of shocking information for the rest of the “stupid voters“, the bottom line is simple: the Federal Reserve of Goldman Sachs (in New York and everywhere else), is the bank that not only calls all the shots and makes the rules, but it also writes the words on the Fed’s teleprompter (as for Obama’s, not even Goldman would bother with that). 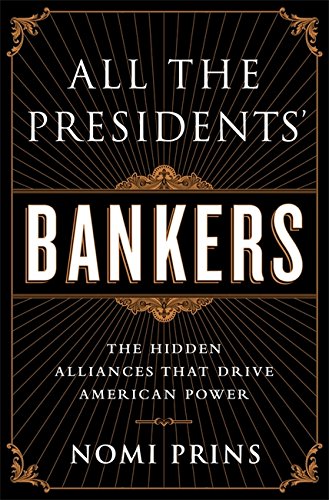 Previous article by Tyler Durden: Are Dark Pools Going Down the Drain?