Observations on the CIA Torture Report

The whole world has now had a chance to read and analyze the redacted 525-page executive summary of the Senate Select Committee on Intelligence’s Committee “Study of the Central Intelligence Agency’s Detention and Interrogation Program.” The full report, which has only been provided to the White House, the CIA, the Departments of Justice, Defense, and State, and the Office of the Director of National Intelligence, is over 6,700 pages. 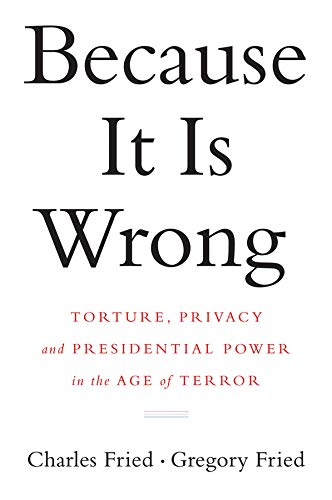 If waterboarding, rectal feeding, sleep deprivation, prolonged standing, and being shackled naked to the floor are not forms of torture, then nothing is torture. If forcing someone to stand naked for days on end and not go to sleep because you douse him with cold water is not torture, then no one in history has ever been tortured. Calling torture by the euphemisms “harsh interrogation tactics” and “enhanced interrogation techniques” doesn’t make torture not torture. If the wives and children of CIA director John Brennan or former CIA directors George Tenet, Porter Goss, and Michael Hayden were kidnapped and subjected to “harsh” or “enhanced” CIA tactics and techniques to gain inside information about the CIA, Brennan, Tenet, Goss, and Hayden would call it torture and want to kill with their bare hands the kidnapper.

Torture is always immoral, always despicable, always wrong. It doesn’t matter if a majority of Americans polled approve of “enhanced interrogation techniques.” And it doesn’t matter if it results in important “information.” The end does not justify the means. Effective or not, torture is still barbaric, still sadistic. Legal or not, torture is still un-American and anti-American. Torture is wrong simply because it is wrong, as Charles and Gregory Fried argue in their 2010 book Because It Is Wrong.

Torture is ineffective, counterproductive, unnecessary, and never justified. But don’t listen to me, read the U.S. Army’s 2006 field manual:

Use of torture is not only illegal but also it is a poor technique that yields unreliable results, may damage subsequent collection efforts, and can induce the source to say what he thinks the HUMINT [Human Intelligence] collector wants to hear. Use of torture can also have many possible negative consequences at national and international levels.

People subjected to torture long enough will say anything they think their torturers want to hear if they think it will alleviate their pain and suffering. That’s what I would do; that’s what you would do. Using torture, every unsolved crime in the United States could be solved by the end of the year. Just keep “interrogating” every prisoner and you will get them to confess to every unsolved crime or implicate their own mother as the perpetrator. Just send the police into every community and have them round up the usual suspects and subject them to CIA enhanced interrogation techniques until every crime is confessed to. Heck, if Dick Cheney were tortured long enough, he would confess to knowing where Jimmy Hoffa’s body is buried.

4. U.S. government pronouncements are a fountain of lies.

Never believe anything until the government officially denies it. The CIA lied to Congress and the public about the brutality of its torture methods, the information it obtained from torture, the effectiveness of torture, the innocence of those it tortured, and the number of people that were tortured. But that is par for the course. The CIA is built on lies. Its agents make their living by being pathological liars. From the president on down, the whole U.S. government is one big great lie machine.

5. The U.S. government is the most dangerous organization on the planet.

“Government is not reason, it is not eloquence, it is force; like fire, a troublesome servant and a fearful master.” Although this quote has been erroneously attributed to George Washington, it is nevertheless true. The tentacles of the U.S. government reach far and wide due to its reckless, belligerent, and meddling foreign policy. Its military, intelligence agencies, and security agencies are the biggest threat to the stability and peace of the world. The U.S. government has the power and the means to kidnap anyone anywhere, lock him up indefinitely, and torture him—all with impunity and without reprisal. That is, if it doesn’t just kill him.

Even President Harry Truman, who welcomed the beginning of the CIA in 1947, wrote in the Washington Post way back in 1963:

For some time I have been disturbed by the way CIA has been diverted from its original assignment. It has become an operational and at times a policy-making arm of the Government. This has led to trouble and may have compounded our difficulties in several explosive areas. I never had any thought that when I set up the CIA that it would be injected into peacetime cloak and dagger operations. Some of the complications and embarrassment I think we have experienced are in part attributable to the fact that this quiet intelligence arm of the President has been so removed from its intended role that it is being interpreted as a symbol of sinister and mysterious foreign intrigue. . . . But there are now some searching questions that need to be answered. I, therefore, would like to see the CIA be restored to its original

assignment as the intelligence arm of the President, and that whatever else it can properly perform in that special field—and that its operational duties be terminated or properly used elsewhere. We have grown up as a nation, respected for our free institutions and for our ability to maintain a free and open society. There is something about the way the CIA has been functioning that is casting a shadow over our historic position and I feel that we need to correct it.

7. The subject of torture reveals the bloodthirsty nature of conservatives. Not only do they fancy war and the military, not only do they defend the warfare and national security states—they also support torture. It is a shame and a pity to see even brilliant conservatives like Thomas Sowell defend torture. Michael Reagan, the son of former president Ronald Reagan, says we should thank torturers for keeping us safe: “We shouldn’t be second-guessing and beating up on the CIA, George W. Bush, Dick Cheney and all the other men and women who’ve helped to keep us safe for the last 14 years. We should be thanking them.” He especially likes it when someone’s genitals are put in a vice. Michael Reagan and conservative torture defenders evidentially love torture more than their god Ronald Reagan who, when he signed the Convention Against Torture in 1988, said: “Ratification of the Convention by the United States, will clearly express United States opposition to torture, an abhorrent practice unfortunately prevalent in the world today.”

8. The use of torture by the United States is nothing new.

U.S. soldiers waterboarded Philippine rebels a hundred years when we “liberated” them from their Spanish overlords. During the Vietnam War, as documented by Nick Turse in Kill Anything that Moves, “the daily fact of life throughout the years of the American presence in Vietnam” included waterboarding, electric shock, rape and gang rape, sodomy, the killing and raping of children, point-blank executions, using people for target practice, running down civilians with jeeps and trucks, crushing people with armored vehicles, and drownings. This, of course, was in addition to just killing people with bombs and bullets and napalm.

9. The government didn’t torture anyone.

The CIA is a rogue agency. It agents no more keep us safe and defend our freedoms than U.S. soldiers do. The CIA must be abolished. A free society can survive without it.

Previous article by Laurence M. Vance: I Wipe Away a Tear

We Treasure Books The Japanese No Longer Save