Ignorance Is No Excuse for Wrongdoing, Unless You’re a Cop

“[I]f the individual is no longer to be sovereign, if the police can pick him up whenever they do not like the cut of his jib, if they can ‘seize’ and ‘search’ him in their discretion, we enter a new regime.”—U.S. Supreme Court Justice William O. Douglas, dissenting in Terry v. Ohio (1968)

With Orwellian irony, the U.S. Supreme Court chose December 15, National Bill of Rights Day to deliver its crushing blow to the Fourth Amendment. Although the courts have historically held that ignorance of the law is not an excuse for breaking the law, in its 8-1 ruling in Heien v. State of North Carolina, the Supreme Court gave police in America one more ready excuse to routinely violate the laws of the land, this time under the guise of ignorance.

It failed to do so.

In failing to enforce the Constitution, the Court gave police the go-ahead to justify a laundry list of misconduct, from police shootings of unarmed citizens to SWAT team raids, roadside strip searches, and the tasering of vulnerable individuals with paltry excuses such as “they looked suspicious” and “she wouldn’t obey our orders.”

When police handcuffed, strip-searched and arrested a disabled man for no reason other than he sounded incoherent, it was chalked up as a mistake. Gordon Goines, a 37-year-old disabled man suffering from a Lou Gehrigs-type disease, was “diagnosed” by police and an unlicensed mental health screener as having “mental health issues,” apparently because of his slurred speech and unsteady gait, and subsequently handcuffed, strip searched, and locked up for five days in a mental health facility against his will and with no access to family and friends. This was done despite the fact that police had no probable cause to believe that Goines had committed any crime, was a danger to himself or others, nor did they have any other legitimate lawful reason to seize, arrest or detain him. When

Goines was finally released, police made no attempt to rectify their “mistake.”

“I didn’t know it was against the law” was the excuse police used to justify their repeated tasering of Malaika Brooks. Eight-months pregnant and on her way to drop her son off at school, Brooks was repeatedly tasered by Seattle police during a routine traffic stop simply because she refused to sign a speeding ticket. The cops who tasered the pregnant woman insisted they weren’t aware that repeated electro-shocks qualified as constitutionally excessive and unreasonable force. The Supreme Court gave the cops a “get out of jail” card.

“I thought he was reaching for a gun.” That was the excuse given when a police officer repeatedly shot 70-year-old Bobby Canipe during a traffic stop. The cop saw the man reaching for his cane and, believing the cane to be a rifle and fearing for his life, opened fire.  Police excused the shooting as “unfortunate” but “appropriate.”

“He was resisting arrest.” That was the rationale behind Eric Garner’s death. Garner, placed in a chokehold by police for allegedly resisting their attempts to arrest him for selling loose cigarettes, screamed “I can’t breathe” repeatedly, until he breathed his last breath. A grand jury ruled there was no “reasonable cause” to charge the arresting officer with Garner’s death. 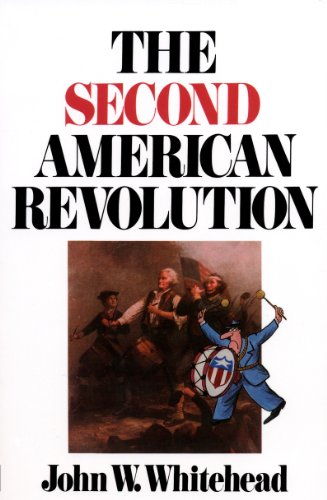 And then you have the Heien case, which, while far less traumatic than Eric Garner’s chokehold death, was no less egregious in its defiance of the rule of law.

In April 2009, a police officer stopped Nicholas Heien’s car, allegedly over a faulty brake light, and during the course of the stop and subsequent search, found a sandwich bag’s worth of cocaine. In North Carolina, where the traffic stop took place, it’s not actually illegal to have only one working brake light. However, Heien—the owner of the vehicle—didn’t know that and allowed the search, which turned up drugs, and resulted in Heien’s arrest. When the legitimacy of the traffic stop was challenged in court, the arresting officer claimed ignorance and the courts deemed it a “reasonable mistake.”

I’m not sure which is worse: law enforcement officials who know nothing about the laws they have sworn to uphold, support and

defend, or a constitutionally illiterate citizenry so clueless about their rights that they don’t even know when those rights are being violated.

This much I do know, however: going forward, it will be that much easier for police officers to write off misconduct as a “reasonable” mistake.

Understanding this, Justice Sotomayor, the Court’s lone dissenter, warned that the court’s ruling “means further eroding the Fourth Amendment’s protection of civil liberties in a context where that protection has already been worn down.” Sotomayor continues:

Giving officers license to effect seizures so long as they can attach to their reasonable view of the facts some reasonable legal interpretation (or misinterpretation) that suggests a law has been violated significantly expands this authority. One wonders how a citizen seeking to be law-abiding and to structure his or her behavior to avoid these invasive, frightening, and humiliating encounters could do so.

There’s no need to wonder, because there is no way to avoid these invasive, frightening, and humiliating encounters, not as long as the courts continue to excuse ignorance and sanction abuses on the part of the police.

Whether it’s police officers breaking through people’s front doors and shooting them dead in their homes or strip searching innocent motorists on the side of the road, these instances of abuse are continually validated by a judicial system that kowtows to virtually every police demand, no matter how unjust, no matter how in opposition to the Constitution.

Indeed, as I point out in my book A Government of Wolves: The Emerging American Police State, the police and other government agents have, with the general blessing of the courts, already been given the authority to probe, poke, pinch, taser, search, seize, strip and generally manhandle anyone they see fit in almost any circumstance.

In Plumhoff v. Rickard, the Court declared that police officers can use lethal force in car chases without fear of lawsuits. In Navarette v. California, the Court declared that police officers can stop cars based only on “anonymous” tips.  This ruling came on the heels of a ruling by the Tenth Circuit Court of Appeals in U.S. v. Westhoven that driving too carefully, with a rigid posture, taking a scenic route, and having acne are sufficient reasons for a police officer to suspect you of doing something illegal, detain you, search your car, and arrest you—even if you’ve done nothing illegal to warrant the stop in the first place.

In Maryland v. King, a divided Court determined police can forcibly take your DNA, whether or not you’ve been convicted of a crime. The Supreme Court’s ruling in Arizona v. United States allows police to stop, search, question and profile citizens and non-citizens alike. And in an effort to make life easier for “overworked” jail officials, the Court ruled inFlorence v. Burlington that police can subject Americans to virtual strip searches, no matter the “offense.”

In an 8-1 ruling in Kentucky v. King, the Supreme Court placed their trust in the discretion of police officers, rather than in the dictates of the Constitution, when they gave police greater leeway to break into homes without a warrant, even if it’s the wrong home. In Hiibel v. Sixth Judicial District Court of the State of Nevada, a majority of the high court agreed that it’s a crime to not identify yourself when a policeman asks your name.

And now we’ve got Heien v. North Carolina, which gives the police a green light to keep doing more of the same without fear of recrimination. Clearly, the present justices of the Supreme Court have forgotten that the Constitution, as Justice Douglas long ago recognized, “is not neutral. It was designed to take the government off the backs of people.”

Given the turbulence of our age—with its police overreach, military training drills on American soil, domestic surveillance, profit-driven prisons, asset forfeiture schemes, wrongful convictions, and corporate corruption—it’s not difficult to predict that this latest Supreme Court ruling will open the door to even greater police abuses.

We’ve got two choices: we can give up now and resign ourselves to a world in which police shootings, chokeholds, taserings, raids, thefts, and strip searches are written off as justifiable, reasonable or appropriate OR we can push back—nonviolently—against the police state and against all of the agencies, entities and individuals who march in lockstep with the police state.

As for those still deluded enough to believe they’re living the American dream—where the government represents the people, where the people are equal in the eyes of the law, where the courts are arbiters of justice, where the police are keepers of the peace, and where the law is applied equally as a means of protecting the rights of the people—it’s time to wake up.

We no longer have a representative government, a rule of law, or justice. Liberty has fallen to legalism. Freedom has fallen to fascism. Justice has become jaded, jaundiced and just plain unjust.

The dream has turned into a nightmare.

Previous article by John W. Whitehead: The System Is Rigged