August 18, 2003 I begin with an insight offered by Professor Carroll Quigley (1910—1977), who taught history to Bill Clinton at Georgetown University. He had such a profound impact on Clinton that Clinton referred to him in his 1992 nomination acceptance speech. Quigley is famous among conservatives for his book, Tragedy and Hope (1966), in which he devoted 20 pages to the connections between Wall Street banking firms and American foreign policy, which has been dominated by the liberal left (pp. 950ff). But Quigley was also an expert in the history of weaponry. One of his books, Weapons Systems and Political Stability: A History, was printed directly from a typewritten manuscript and is known only to a handful of specialists, was a 1,000-page history of weaponry that ended with the Middle Ages. In Tragedy and Hope, he wrote about the relationship between amateur weapons and liberty. By amateur, he meant low cost. He meant, in the pejorative phrase of political statists, Saturday-night specials.

In a period of specialist weapons the minority who have such weapons can usually force the majority who lack them to obey; thus a period of specialist weapons tends to give rise to a period of minority rule and authoritarian government. But a period of amateur weapons is a period in which all men are roughly equal in military power, a majority can compel a minority to yield, and majority rule or even democratic government tends to rise. . . .But after 1800, guns became cheaper to obtain and easier to use. By 1840 a Colt revolver sold for $27 and a Springfield musket for not much more, and these were about as good weapons as anyone could get at that time. Thus, mass armies of citizens, equipped with these cheap and easily used weapons, began to replace armies of professional soldiers, beginning about 1800 in Europe and even earlier in America. At the same time, democratic government began to replace authoritarian governments (but chiefly in those areas where the cheap new weapons were available and local standards of living were high enough to allow people to obtain them).

According to Quigley, the eighteenth-century’s commitment to popular government was reinforced — indeed, made possible — by price-competitive guns that made the average colonial farmer a threat to a British regular. Paul Revere’s midnight warning, “The regulars are out!” would have had no purpose or effect had it not been that the “minute men” were armed and dangerous. With this in mind, let me present my thesis. THE SECOND AMENDMENT IS FAR TOO WEAK The Second Amendment to the U.S. Constitution asserts the right — the legal immunity from interference by the State — of American citizens to keep and bear arms. This means a rifle strapped to my back and a pistol or two strapped to my hip, day or night. It doesn’t go far enough. It leaves guns in the hands of a subculture that has proven itself too irresponsible to carry them: the police. If I were called upon to write the constitution for a free country, meaning a country no larger than Iowa, I would require every citizen to be armed, except members of the police. A policeman would have to apply for an on-duty gun permit. He would not be allowed to carry a gun on duty, just like England’s bobbies are not allowed to carry them. Every child, male and female, beginning no later than age six, would be trained by parents regarding the moral responsibility of every armed citizen to come to the aid of any policeman in trouble. Unarmed people deserve protection. Children would be also taught that the first person to pull a gun to defend an unarmed policeman or any other unarmed person deserves the lion’s share of the credit. Late-comers would be regarded as barely more than onlookers. This is necessary to offset the “Kitty Genovese phenomenon.” In 1964, this young woman was attacked and murdered in full view of 38 onlookers, in their Queens, New York, neighborhood. Despite her screams for help, no one even bothered to call the police. This is the “who goes first?” problem. Anyone so foolish as to attack a policeman would be looking down the barrels of, say, a dozen handguns. “Go ahead, punk. Make our day!”

A policeman would gain obedience, like James Stewart in Destry Rides Again, through judicial empowerment. He would not threaten anyone with immediate violence. He would simply say, “Folks, I’ve got a problem here. This person is resisting arrest. Would three of you accompany me to the local station with this individual?” He would blow his whistle, and a dozen sawed-off shotguns accompanied by people would be there within 60 seconds. Every member of society would be trained from an early age to honor the law as an adult by being willing to carry a handgun. Everyone would see himself as a defender of the law and a peace-keeper. Guns would be universal. Every criminal would know that the man or woman next to him is armed and dangerous. He would be surrounded at all times by people who see their task as defending themselves and others against the likes of him. The only person he could trust not to shoot him dead in his tracks for becoming an aggressor would be the policeman on the beat. The aggressor’s place of safety would be custody. There would be another effect on social life. When every adult is armed, civility increases. In a world of armed Davids, Goliaths would learn to be civil. The words of Owen Wister’s Virginian, “Smile when you say that,” would regain their original meaning. The doctrine of citizen’s arrest would be inculcated in every child from age six. Then, at the coming of age, every new citizen would take a public vow to uphold the constitution. He or she would then be handed a certificate of citizenship, which would automatically entitle the bearer to carry an automatic. Note: I did not say semi-automatic. THE EXPERIENCE OF ENGLAND In England, where the police have not carried guns for well over a century, violent crime remained low until the mid-twentieth century. This changed when the government began banning the private ownership of guns. This development is presented in full academic paraphernalia by Prof. Joyce Lee Malcolm in her book, Guns and Violence: The English Experience (Oxford University Press, 2002). Dr. David Gordon summarized her findings in a recent book review in The Mises Review.

She proceeds by a learned study of violent crime in England, from the Middle Ages to the present. In her survey, a constant theme emerges. As guns became more prevalent, violent crime decreased. This trend culminated in the nineteenth century, when death by murder was rare but guns were widespread. The seizure of guns during the twentieth century has been accompanied by a marked increase in violent crime. At present some types of violent crime are more common in England than in America. As usual, the statists have their facts exactly backward.

Professor Quigley would have understood the following bit of historical information.

Developments in the eighteenth century should by now come as no surprise. “[A]t the very time that the individual right to be armed was becoming well established and guns were replacing earlier weapons, the homicide rate continued its precipitous decline” (pp. 88—89).

But Professor Quigley’s most famous student and his wife would not understand this:

Readers will not earn a reward for correctly guessing Malcolm’s conclusions about the nineteenth century. Once again, the number of guns increased while violent crime declined. “The nineteenth century ended with firearms plentifully available while rates of armed crime had been declining and were to reach a record low” (p. 130).So far, we have a vast example of an inductive argument. Increases in the prevalence of guns have always accompanied decreases in violent crime. Does this not strongly suggest that guns in private hands deter crime? The twentieth century, especially its latter half, gives us a chance to test our 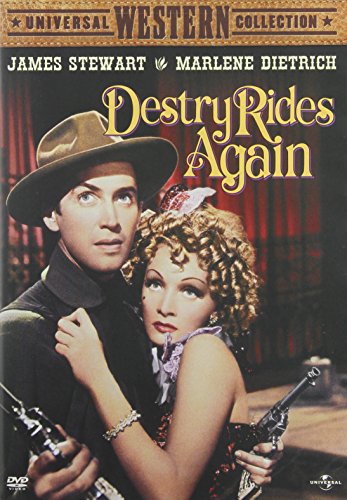 induction, since ownership of guns during that period came under strict control. If it turns out that violent crime increased, then as Hume once remarked, “I need not complete the syllogism; you can draw the conclusion yourself.” And of course violent crime did increase. “Scholars of criminology have traced a long decline in interpersonal violence since the late Middle Ages until an abrupt and puzzling reversal occurred in the middle of the twentieth century . . . a statistical comparison of crime in England and Wales with crime in America, based on 1995 figures, discovered that for three categories of violent crimes — assaults, burglary, and robbery — the English are now at far greater risk than Americans” (pp. 164—65). Gun control advocates, faced with these facts, will at once begin to yammer uncontrollably, “a correlation is not a cause.” Indeed it is not; but in this instance, a strong correlation holds in two ways: when guns increase in number, violent crimes decrease, and when guns decrease, violent crimes increase. Further, a plausible causal story explains the correlation: the prospect of armed resistance deters criminals. This is about as good as an inductive argument gets. But I do not anticipate that those who wish to take away the right to self-defense will alter their position. They aim to make everyone totally dependent on the all-powerful state.

Unarmed police, now fully deserving of protection by gun-bearing citizens, would gain immense respect. They would rule by the force of law, meaning respect for the law, meaning widespread voluntary submission by the citizenry. This is properly called self-government under lawful authority. The policeman’s word would be law. He just wouldn’t be armed. A criminal would not escape from the scene of the crime by shooting the cop on the beat. He would not get 20 yards from the cop’s body. Citizens would regard a law enforcement officer as they regard their mothers. They would do what they were told with little more than rolling their eyes. If anyone physically challenged a police officer, he would risk facing a dozen Clint Eastwoods who have been waiting for two decades to get an opportunity to make their day. To make this system work, the courts would have to enforce strict liability. Injure the wrong person, and (assuming you survive the shoot-out) you must pay double restitution. Kill the wrong person, and you must pay the ultimate restitution: eye for eye, life for life. But no faceless bureaucrat hired by the State would do the act. A group of armed citizens will execute you under the authority of the court. Remember, the police are unarmed. The fact that citizens in no society think this way is evidence of how well the defenders of State monopoly power have done their work. They want their agents armed and the rest of us unarmed. A free society would reverse this arrangement. CONCLUSION There are those who will reply that my proposal is utopian, that civilians do not have sufficient courage to come to the aid of an unarmed policeman. Furthermore, they will complain, the common man is not sufficiently self-disciplined to live under the rule of law as I have described it. Both objections have validity. I can only respond by pointing out that a society in which its citizens possess neither courage nor self-discipline is not a free society. I am not here proposing a technical reform that will produce a free society. Rather, I am describing why freedom has departed from this nation ever since, for lack of a better date, 1788.

Previous article by Gary North: My Night at the Hospital

1 Mineral for Everything?Soldiers Against War