This is the first instalment in a series examining the activities and individuals behind the Bilderberg Group.

Meet the Bilderberg Group – an annual gathering of 130 of the Western world’s top financial, corporate, political, academic, media, military and policy elites, held every year since 1954.

They meet behind closed doors, at five-star hotels, where participants are encouraged to speak frankly – meaning “off the record” and away from the prying eyes and piercing ears of the public. Some journalists and media executives are invited, but they don’t actually cover the meetings: they simply attend them as guests.

The famous exclusivity and secrecy of the Bilderberg Group, we are told, is designed to encourage frank and open discussions among some of the most influential people in North America and Western Europe. But unlike its 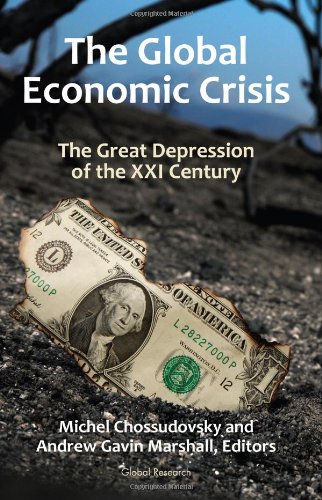 portrayal as a place where powerful people simply “talk shop,” critics for years have considered the meetings a form of secret world government, and a shadowy cabal.

The truth, as it often is, rests somewhere between these extremes.

Bilderberg is a meeting of the movers and shakers, the managers and policy-makers, the plutocrats, technocrats, financiers and imperialists of the North Atlantic powers. Its original purpose was to provide a forum where Western European elites could meet in private with American officials to encourage the strengthening of the “Atlantic Alliance.” The forum has provided the geopolitical and economic framework for behind-the-scenes collaboration and cooperation between the major NATO powers.

Founding members of the group in 1954 included Joseph Retinger, Prince Bernhard of the Netherlands, and David Rockefeller of the United States. Named after the Hotel de Bilderberg in the Netherlands, where the first conference took place, attendees decided to hold a conference annually with locations rotating between Europe and North America. In its early years, much of the funding for the group came from the CIA and American philanthropic foundations such as the Rockefeller Foundation and the Ford Foundation. 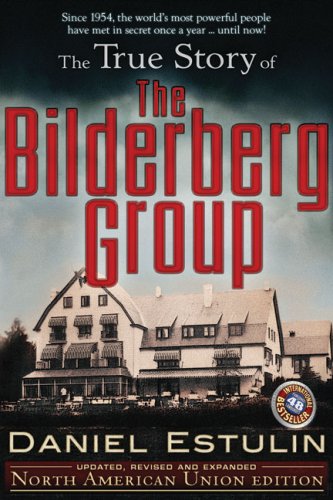 These institutions, along with the CIA, other major foundations and the Bilderberg conference itself, were pivotal in the early process of post-WWII European integration, laying the groundwork for what decades later would become the European Union.

In the 1955 meeting of the Bilderberg Group, the topic of “European Unity” was a major discussion point, with attendees articulating the need to eventually create a “common currency” and “a central political authority” in Europe. One American participant reportedly encouraged the European attendees “to be practical and work fast.” Within two years, the Treaty of Rome was signed, establishing the European Economic Community (EEC).

A New York Times article from 1957 noted that the first Bilderberg meeting to take place on U.S. soil represented “an unpublicized backdoor approach to better relations among nations” of NATO, and noted that U.S. State Department officials were “meeting in secret for three days for an unofficial but frank exchange of views.” Among the American participants were former Ambassador to the Soviet Union (and architect of America’s “containment” policy) George F. Kennan; World Bank President Eugene R. Black, and Gabriel Hauge, an economic adviser to President Dwight D. Eisenhower.

The issue of European integration remained important to attendees at Bilderberg, as a Reuters article noted in 1965, when a communiqué was issued confirming that the meeting’s participants “believed that only a united 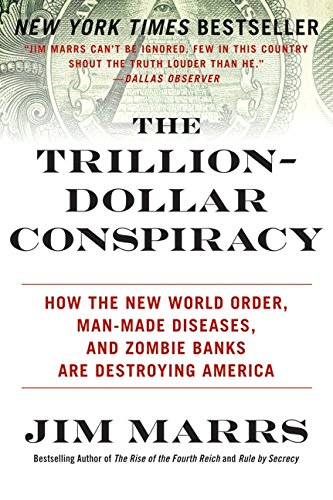 Europe could join the United States in effective direction of the Atlantic alliance.”

How It Works and Who Is Involved

Bilderberg is run by its Steering Committee of roughly 40 members whose responsibility is to organize the annual meetings and invite guests from their respective countries, bringing the average yearly attendance to roughly 130 people.

Participants and Steering Committee members come from the largest banks, corporations and think tanks; they run media empires, military and intelligence agencies. They include European royalty and representatives from some of the world’s most prominent financial and corporate dynasties, including the Rockefellers of the U.S., the Rothschilds of Europe, the Agnellis of Italy, the Wallenbergs of Sweden, the Desmarais of Canada, and the Koc family of Turkey, among others.

These elites meet together with top foreign and economic policy makers from North American and European nations, as well as up-and-coming politicians being groomed for high office and the heads of major international and regional organizations including NATO, the European Union, IMF, World Bank, WTO and some of the world’s most powerful central banks.

Still, its members and leadership contend that there is nothing the public needs to worry about when all these people get together in secret meetings to discuss the major geopolitical and economic issues of the day. Etienne Davignon, one of the chief architects of European integration in recent decades, has been a long-time Bilderberg member and was, until recently, the chairman of the steering committee. In 2005, Davignon was quoted by the Financial Times saying that the meeting is “not a capitalist plot to run the world… If we really believed we were running the world, we would immediately resign in complete despair.” In 2009, Davignon acknowledged that the formation of the euro was debated and promoted in annual Bilderberg meetings.

A decade ago, The New York Times wrote that the guest list of Bilderberg meetings “would more or less overlap with the ‘Wanted’ posters of anti-globalization protesters,” noting that a former participant, Will Hutton, once referred to the Bilderberg members and participants as the “high priests of globalization.”

More recently, a 2013 article from the Daily Telegraph asserted that while many members contend the group “is still merely a debating society,” interviews with past guests and steering committee members referred to the conference as among “the most important events they ever went to,” where “the discussions that took place decisively shaped modern Europe.”

Referring to the group as “a club for life’s winners,” the article noted that former steering committee member Denis Healey said he debated the Vietnam War with Henry Kissinger, and that the group brought “the architects of 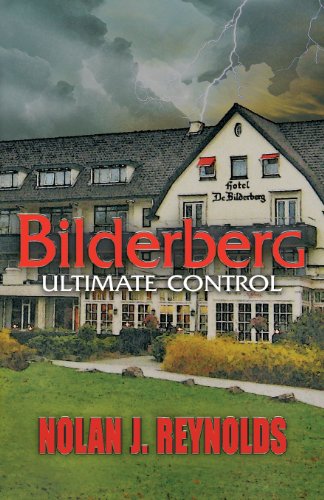 the European integration… together for open-ended discussions with bankers and economists about how the European monetary system might work.” Healey was quoted saying: “The great advantage of the Bilderberg thing was they did not have to reach agreement. You had time to discuss things with people who influence events who normally you would not meet at all… People could talk very freely, much more freely than they would at home.”

Other former participants noted that it was at Bilderberg meetings where they first heard of the intentions of the West Germans to unify Germany, and where British policymakers convinced other nations in attendance to apply sanctions on Argentina during the Falklands War. As Denis Healey explained: “I found it the most useful of all the meetings I attended regularly. The Bilderberg was the best because the level of the people attending regularly was so much higher… Bilderberg was the most useful of the lot.”

Indeed, in a June 1974 Argus-Press article, the then-Chairman of Bilderberg, and one of its founding members, Prince Bernhard of the Netherlands, explained that “the purpose of the conference… is that eminent persons in every field get the opportunity to speak freely without being hindered by the knowledge that their words and ideas will be analyzed, commented upon and eventually criticized in the press.”

Gerald Ford, who attended two Bilderberg meetings long before becoming vice president and president of the United States, was quoted in 1965 saying: “You don’t really belong to the organization: one gets an invitation from the prince,” referring to Bernhard.

It should be noted, however, that there was one year in which the annual meeting was cancelled – 1976 – due to revelations of corruption involving bribes between the Lockheed military contractor and Prince Bernhard, leading to his resignation as chairman of the group.

In 2005, the BBC quoted then-chairman Etienne Davignon as saying: “I don’t think (we are) a global ruling class because I don’t think a global ruling class exists. I simply think it’s people who have influence interested to speak to other people who have influence… Bilderberg does not try to reach conclusions – it does not try to say ‘what we should do’… Business influences society and politics influence society – that’s purely common sense. It’s not that business contests the right of democratically-elected leaders to lead.”

Will Hutton, who attended a 1997 meeting, explained: “On every issue that might influence your business you will hear first-hand the people who are actually making those decisions and you will play a part in helping them to make those decisions and formulating the common sense.”

Former NATO Secretary-General and Bilderberg participant, Willy Claes, said in a 2010 interview with a Belgian radio program, “Well look, it’s not all that secret really. There is an agenda for the day with the most pressing problems the world is confronted with… that is discussed… there is never a vote, no resolutions are being put to paper.” However, he added, “naturally… the rapporteur always tries to draw up a synthesis, and everyone is assumed to make use of these conclusions in the circles where he has influence.”

An anonymous former participant in Bilderberg meetings was quoted by the Financial Times in 2013 saying: “The reason it’s perceived as sinister is because it brings together big international institutions – the IMF, the World Bank and the European Union – with heads of state, royalty and corporate leaders, and they don’t produce a statement at the end of it.”

In 2001, founding member Denis Healey told the Guardian in an interview, “We aren’t secret… We’re private.” Speaking of the meeting’s critics who contend that the member of the conference aim to achieve a type of “global government,” Healey told journalist Jon Ronson: “To say we were striving for a one-world government is exaggerated, but not wholly unfair. Those of us in Bilderberg felt we couldn’t go on forever fighting one another for nothing and killing people and rendering millions homeless. So we felt that a single community throughout the world would be a good thing.”

The key issue, however, is that the world which Bilderberg is helping to shape and support is one in which financiers and industrialists are the key beneficiaries – one in which democratically-elected politicians engage with their real constituents behind closed doors, in “private” conversations that have profound and real effects upon policy and thus upon entire populations who are given no such access to public officials.

Elected leaders and policy-makers don’t meet in secret with the world’s major financiers and industrialists so they can discuss the best ways to serve the interests of the public, or populations, of their respective nations. They meet to serve their own collective and individual interests. It is not a conspiracy: it is a forum in which leaders from the upper echelons of Western power structures aim to establish consensus on priorities and policies for major political and economic issues.

Bilderberg contributes to directly undermining democracy, while further institutionalizing technocracy – the “rule by experts” – at the national and international level. This series of the Global Power Project aims to examine and further bring to light the activities and individuals behind the Bilderberg Group. Stay tuned for the second installment next week.

The Ferguson Trick Imagine Society Without the State