Even with today’s modern medical technology, most of us can’t avoid the occasional  respiratory infection.  Without strict adherence to sanitary protocol, it would be very easy in a collapse situation for your entire community to come down with colds, sinusitis, influenza or even pneumonia.  Common colds may be caused by any of 200 different viruses, but the most likely culprit is a type of Rhinovirus (no, you can’t catch it from Rhinos).  Influenza comes from viruses in the Influenza A, B, and C categories.

The societal risk of influenza is significant, mostly from Influenza A viruses. Over the course of time, influenza outbreaks from this category have included:

Most of the above deaths associated with influenza are caused due to bacterial pneumonia, a secondary infection which invades the patient through a weakened immune system.

In general, most respiratory infections are spread by viral particles, and the organisms that cause these infections can live for up to 48 hours on common household surfaces, such as kitchen counters, doorknobs, etc.  Contagious viral particles can easily travel 4 to 6 feet when a person sneezes.

The lower respiratory tract includes the lower windpipe, the airways (taken together, called “bronchi”) and the lungs themselves.  Respiratory infections, such as bronchitis and pneumonia,are the most common cause of infectious disease in developed countries.

Symptoms of the common cold can include fever, cough, sore throat, runny nose (rhinitis), nasal congestion, headaches, and sneezing.  Symptoms of lower respiratory infections (pneumonia and some bronchitis) include cough (with phlegm, it is referred to as a “productive” cough), high fever, shortness of breath, and weakness/fatigue.  Most respiratory infections start showing symptoms 1 to 3 days after exposure to the causative organism and last for 7 to 10 days if upper and somewhat longer if lower.

There are differences between the common cold and influenza that are helpful to make a diagnosis:

For influenza, the administration of antiviral medications such as Tamiflu or Relenza will shorten the course of the infection if taken in the first 48 hours after symptoms appear.  After the first 48 hours, antivirals have less medicinal effect.  For colds, concentrate your treatment on the area involved; nasal congestion medication for runny noses or sore throat lozenges for pharyngitis, for example.  Ibuprofen or Acetominophen will alleviate muscle aches and fevers. Steam inhalation and good hydration also give some symptomatic relief.

Various natural remedies are also useful to relieve symptoms, which we will discuss in our next article.

Although most upper respiratory infections are caused by viruses, some sore throats may be caused by a bacterium called Beta-Streptococcus (Also known as Strep Throat).  These patients will often have white spots on the back of their throat and/or tonsils, and are candidates for antibiotics.  Amoxicillin (Fish-Mox) or Keflex (Fish-Flex) are some of the drugs of choice in those not allergic to Penicillin drugs.  Erythromycin family drugs are helpful in those who are Penicillin-allergic. In most cases, however, it is not appropriate to use antibacterial agents such as antibiotics for upper respiratory infections.  Antibiotics have been overused in treating these problems, and this has led to resistance on the part of some organisms to the more common drugs.  Resistance has made some of the older antibiotics almost useless in the treatment of many illnesses.  Don’t self-medicate unless modern medical care is not accessible for the foreseeable future; if there are medical professional available, seek them out.

Lower respiratory infections, such as pneumonia, are the most common cause of death from infectious disease in developed countries.  These can be caused by viruses or bacteria.  The more serious nature of these infections leads many practitioners to use antibiotics more often to treat the condition.  An example of pandemic pneumonia in history is the pneumonic plague, caused by the bacteria Yersinia Pestis; highly contagious and invasive, it would decimate populations of entire regions. Most bronchitis and pneumonia is caused by viruses, however, and will not be affected by antibiotics.  Antibiotics may be appropriate for those with a lower respiratory infection that hasn’t improved after several days of treatment with the usual medications for upper respiratory infections.

The patients who are at-risk will appear to have worsening shortness of breath or thicker phlegm over the course of time despite the usual therapy.  There is a school of thought that recommends more liberal use of antibiotics in sick persons over the age of 60 or those with other serious medical conditions. This population has a higher risk of death because of decreased resistance to secondary bacterial infections.

Good respiratory hygiene is important to prevent patients with respiratory infections from transmitting their infection to others.  Practicing good hygiene is not only a good strategy for you and your family, but demonstrates social responsibility and could prevent a pandemic. This is what needs to be done: Next time, we’ll look at some natural remedies that have health benefits in cases of respiratory infection.

Reprinted with permission from DoomAndBloom.net 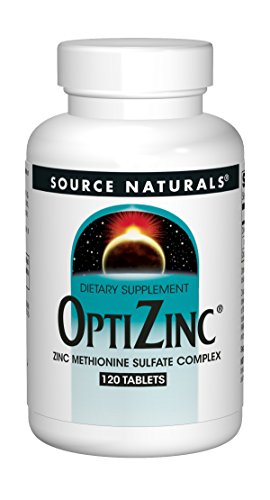