TO COMBAT THE SPREAD OF EBOLA, the United States will begin enhanced screening at five major airports of passengers arriving from certain countries overseas.

On the one hand this makes sense. Air travel links every corner of the world. Nowadays virtually any two major cities are connectable through at most two stops. An infectious agent can move from Australia to Florida; from Argentina to China, in a matter of hours. The airplane is an exquisitely effective epidemiological vector, and the airport is perhaps the most critical point for preventing the catastrophic spread of certain diseases.

Passenger health screening is fairly common at airports overseas, by the way. During flu outbreaks and such you’ll often see passengers being screened by infrared sensors (for potential fever), or asked to complete questionnaires. For U.S. and European airports to be putting similar measures in place, specifically targeting passengers traveling from West Africa, is not unreasonable.

Nevertheless, the mere threat of an epidemic can cause people to panic and make poor decisions, and some of what we are healing and dealing with strikes me as an overreaction. Calls by some American politicians to outright ban flights to or from Africa, for example, is ridiculous. Americans are squeamish enough as it is when it comes global travel; we need to understand the details and context of 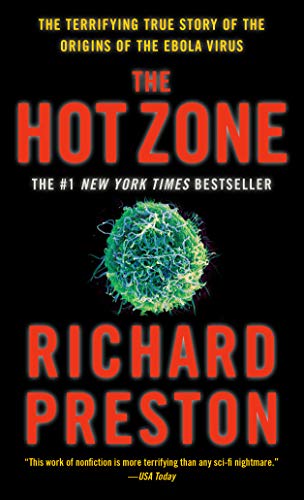 Pretty much all scheduled air service to the Ebola-stricken countries already has been curtailed. So far as I know, no major airlines are flying into Liberia, Guinea or Sierra Leone at the moment. And no U.S. carriers fly to any of these countries to begin with, even in normal conditions. This makes it very logistically challenging for any Ebola-infected person to reach another region or continent. So far fewer than ten such people, including the man who died in Texas yesterday, have traveled beyond West Africa. It is possible that additional victims will somehow make their way onto what limited flights still exist in these areas, and carry the disease onward to other parts of the world, but remember that the Ebola virus is transmissible only through direct contact with bodily fluids. This is not something that airline passengers or anybody else can catch as passers-by. And the Texas victim, along with most of the others, were not people who caught the virus casually. They were aid workers, doctors, and other people working very close to already-infected patients. It’s fair to say that none of them contracted Ebola unexpectedly.

Even within West Africa the danger is being somewhat overhyped. I am in West Africa as I type this. Africa is a large continent and West Africa is a large part of that continent; the Ebola-stricken areas are comparatively small and have largely been cut off from air and road traffic. The amount of people who die here in Ghana every day from traffic accidents, water-borne illnesses and other completely preventable causes, far exceeds the number who’ve caught Ebola. Indeed, that number is exactly zero.

The goal, of course, is is keeping that number at zero. We shouldn’t fault anybody for being cautious and proactive in efforts to contain something as horrible as Ebola. Passengers at Accra airport are being screened individually beneath banners and placards warning of Ebola’s dangers. Arrival of the virus would be disastrous for the nation’s people, its economy and reputation.

However, this is not something that a person sitting in Pittsburgh or Spokane ought to be losing sleep over. Neither should Americans be canceling their travel plans to places like Ghana or other unaffected countries nearby.

It is fascinating, and frankly a little scary, to see just how efficiently global air travel is able to spread pathogens from continent to continent. Throw in the long-term effects of climate change, and the term “tropical disease” may eventually lose its meaning. On the other hand, it’s fear and hysteria, not illness, that is more easily contagious — and in some ways more dangerous.

How long, I wonder, until the first flight is needlessly diverted because a passenger is exhibiting “flu-like symptoms”?

Q: As a pilot, how do you deal with sick passengers? How do you decide when you need to treat something as an emergency?

Inflight medical issues are very common. Every airline has its own protocols and guidelines on how to handle them. Generally each major airline has a hospital or medical facility with which it partners, and crews can patch in with that location via phone or radio when somebody becomes ill. (Some aircraft are equipped so that the cabin crew can speak directly to these locations; on other planes the pilots must relay the information back and forth via radio or datalink.) These specialists on the ground, as well as doctors or medical professionals who happen to be on board, assist the crew in determining whether an emergency diversion is the best course of action. Most times it’s not.

Q: Do you have any personal experience with passengers becoming seriously ill on your flights?

Depends what you mean by “seriously,” but I’ve had passengers become sick on my flights many times. One or twice those situations led to diversions or returns to the departure airport, where the passenger was taken to a hospital. I’ve never had a person die on one of my flights, but inflight fatalities aren’t terribly uncommon. All this stands to reason when you’ve got more than two million people traveling by air every single day.

Q: One of the things being talked about right now is the concern of getting sick from fellow passengers. For example people often worry about “sharing the same air” with other passengers.

There is a segment in my book about this, and in the questions-and-answers section of this website too. The air on planes is very dry, which can make it easier to contract an airborne virus, but it’s also much, much cleaner than people think it is. Usually when people become ill from flying, it’s from something they touch, not something they breathe. And you’re not going to catch Ebola from an air vent. (I highly recommend Richard Preston’s 1994 book, The Hot Zone, for a full and terrifying look at the realities of Ebola. One known strain of the disease is believed to be transmissible through the air, but that strain is deadly only to monkeys, not people.)

In 2009, during a flu outbreak, Vice President Joe Biden told viewers of NBC’s “Today” show to avoid confined places, including subways and airplanes. “When one person sneezes,” he said. “It goes all the way through the aircraft.” This ticked some people off, including me. That same afternoon White House Press Secretary Robert Gibbs was at the podium issuing a retraction on Biden’s behalf.

On the plane, a little hand sanitizer is probably a better safeguard than the masks I occasionally see people wearing. But the best thing a person can do is be accurately informed — and not only by headlines in the mainstream media. Airlines periodically update their crew members with the latest news and threats when it comes to any health concerns. It’s important for airlines and their employees to understand what they are — and are not — dealing with.

Staying healthy overseas is mostly common sense. I don’t take any particularly overt precautions beyond guarding against mosquitoes when I travel in malaria-endemic areas. And avoiding hotel buffets — the number one place where travelers get sick!

Previous article by Patrick Smith: A Letter From Liberia