Outsiders need a way to communicate with each other in secret. It is essential to their survival. The exact number of “cryptolects”—secret languages known only to the initiated—is unknown, but many have influenced popular vocabulary. Make no mistake: Outlaws move the mainstream.

The origins of this UK cryptolect are shrouded in mystery. One theory is that British sailors crafted this tongue by combining the Mediterranean lingua franca with local slang. Others claim it began as the jargon of 19th-century Italian carnies. What everyone agrees on is that Polari became the insider dialect of English theater. From the stage, it became a secret code among British homosexuals. Given that homosexuality was illegal in England until 1967, by any definition, Polari is an outlaw language.

BBC Radio introduced Polari to the masses in the 1960s with a flamboyant comedy duo named Julian and Sandy, who frequently lapsed into the language. The couple never discussed sexual orientation, but they didn’t need to. Polari was a “wink” to those in the know.

Polari is rarely spoken today, but it does occasionally find its way into art. Morrissey’s 1990 single “Piccadilly Palare” explicitly references the cryptolect. The alternative spelling of “Palare” reflects that there is no proper way to write Polari. This is a spoken language.

Polari is not the only cryptolect associated with gay subculture in the Anglo world. Gayle is an Afrikaans-based dialect used principally by English-speaking urban homosexual men in South Africa. Given the connection between South Africa and the UK, it is not surprising that many Polari words have found their way into Gayle. South Africa boasts a second cryptolect for homosexual Bantu speakers called IsiNgqumo. While gay rights are protected under the South African constitution, the murder of homosexual men and “corrective rape” of lesbians reveals a powerful need for these societal outsiders to communicate in secret.

Hobos appeared on the American scene after the Civil War when itinerant men took to the rails in search of work. The phenomenon reached peak numbers during the Great Depression, when the dispossessed flooded hobo “jungles.” These men led nomadic existences, taking odd jobs no one else wanted. They were admired, pitied, feared, and idolized. Author John Steinbeck called them “the last free men.”

In order to exchange information, hobos developed a language of coded symbols. These hieroglyphics signified danger, opportunity, and even nuanced recommendations such as “food for religious talk.” The signs are intentionally abstract so that they could be written out in the open without fear of being deciphered by non-hobos. This cryptic language proved essential to hobo survival in the unforgiving world of train-hopping.

Hobos are rare today, since train companies have tightened their security. Those who remain are frequently lambasted as “showbos”—that is, interested in exploiting the lifestyle for its pageantry in festivals rather than embracing the cold, hard reality of life on the rails. As the hobo phenomenon fades, so does the usage of their coded language, yet these symbols still resonate deeply. Hobo 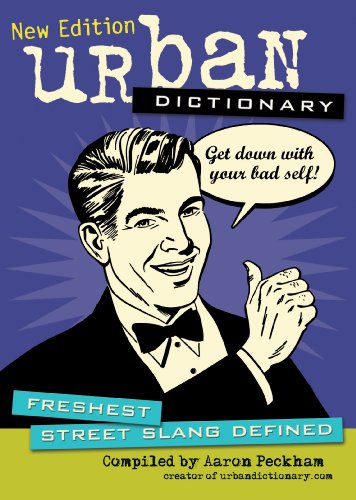 hieroglyphics inspired painter Jean-Michel Basquiat, who counted a dictionary of these symbols among his favorite books. He incorporated their imagery and poetry (“nothing to be gained here”) into his compositions.

Lunfardo originated in the Buenos Aires underworld as a secret language to confound outsiders. With time, this cryptolect emerged from prisons and criminal dens to become the definitive Buenos Aires dialect, cutting across class lines and oozing across borders. To some linguistic formalists, Lunfardo is an embarrassment—a lowbrow, delinquent-tinged slang best avoided by the well-heeled. To others, this mainstream cryptolect defines Argentinian culture.

Lunfardo has a gigantic vocabulary, with contributions from many languages beyond its Spanish core. Northern Italian dialects are well represented, plus additions from English, French, and Gypsy tongues. Much of the vocabulary is of unknown origin. Linguists suspect pure invention.

Several features distinguish Lunfardo. “Verse” masks standard words by rearranging syllables, and metaphor abounds. There are countless terms for categories of criminals, their prey, and shady activities. Lunfardo is a sensual language that is laden with words for men, women, and body parts. It should come as no surprise that it is the lingua franca of tango, and even fluent Spanish speakers have trouble decoding the genre’s lyrics without knowledge of Lunfardo. The popularity of this music has spread this once-secret language around the globe.

Have You Ever Made a Bad First Impression? 5 Signs That You May Be Zinc-Deficient