PNAC Captured Part of the U.S. Government and Caused America to Attack Iraq in 2003

The U.S. government is not one thing or one entity. It is a collection of powers and agencies, turfs and fiefdoms, each of them being captured and used. Project for a New American Century (PNAC) captured specific parts of the U.S. government and led America into an aggression against Iraq. PNAC instigated a broad scale war crime. But such captures are ongoing and much greater in number than this single case. The point is much broader. The U.S. government’s powers are prizes, weapons and resources to whatever groups or whoever is capable of capturing them and wielding them at any given time. There are a thousand think tanks that want to and do control and influence what is called social policy or public policy, which are nothing more than domestic aggressions of one group or 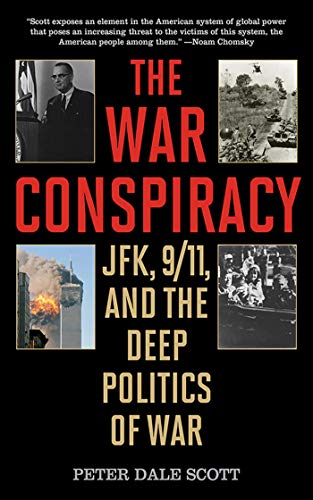 groups against other groups. War policy is one of those social and public policies. The U.S. government is always captured and is always being used to wield power on behalf of those who are the capturers. PNAC’s capture is a specific case in which it captured one important part of foreign policy, propaganda, war-making and its financing.

David L. Atheide and Jennifer N. Grimes document that Project for a New American Century (PNAC) was the key player that instigated the U.S. attack on Iraq in 2003. Their article is “War Programming: The Propaganda Project and the Iraq War”. It appears in The Sociological Quarterly, Vol. 46, No. 4 (Autumn, 2005). I quote one long paragraph:

“The PNAC was very influential in changing U.S. foreign policy as well as promoting favorable news coverage about going to war with

Iraq following the attacks of 9/11. The Iraq War was informed by these efforts and the resulting propaganda campaign to convince the American people that attacking Iraq was tantamount to attacking ‘terrorists’ and others who threatened the United States (Armstrong 2002). This organization was closely related to several other prominent think tanks, including the American Enterprise Institute (AEI), with its offices located on the fifth floor of the AEI’s Washington building. Many members of the PNAC joined the Bush administration and became credible claims makers, who constructed the frames for shaping subsequent news reports. Among the members who signed many of the proclamations laying the foundation for a new

American empire (Kagan and Kristol 2000; Bacevich 2002; Kagan 2003) were former and current governmental officials, including Elliot Abrams, William Bennett, Jeb Bush, Dick Cheney, Steve Forbes, Donald Kagan, Norman Podhoretz, Dan Quayle, Donald Rumsfeld, and Paul Wolfowitz. The PNAC emphasized changing American foreign policy to become a hegemon and police its international interests as a new kind of benevolent American empire (Bacevich 2002; Barber 2003; Kaplan 2003; Mann 2003; Johnson 2004). This would include expanding the military, withdrawing from major treaties, as well as engaging in preemptive strikes against those who would threaten U.S. interests. Those messages, in turn, were carried by the mass media for months leading up to the invasion of Iraq. The United States was well on its way to justify attacking Iraq in 1992 when Dick Cheney and others, who would occupy positions in the Bush administration eight years later, drafted the Defense Planning Guidance document. An overview and analysis of the PNAC and its role in shaping U.S. foreign policy was David Armstrong’s essay in Harper’s in October 2002.”

The Armstrong essay was titled “Dick Cheney’s Song of America”. It contained this summary of what Cheney’s Plan covered:

The U.S. government’s war policy is still captured and it will always be captured by some group or parties as long as the powers to make war and command the resources to make war are present in the federal government. This is because these powers and resources are valuable, so that some human beings will always compete for them and use them according to their own preferences.

Previous article by Michael S. Rozeff: The Failure of the Academic Community

The Deep StateWhy Is Putin Hated?