My sins creep up on me, sent by the Devil, and beset me by surprise. I know not what to do. A month ago, in Fredericksburg, Virginia, I sat on the banks of the Rappahannock River, upon which as a stripling I had canoed and fished, and reflected on how much I liked the South. I knew I should not. At least I am told that I should not, chiefly by people who would make a hoe seem a pinnacle of intellect, but these are the bedrock of Yankee society, and I must respect them.

Besides, I fear that meridional leanings are in my blood. Yes, alas. I am tainted.  I am Frederick Venable Reed. Charles Scott Venable was on Lee’s staff, and Andrew Reid Venable of the staff of Jeb Stuart. We have never looked fondly on Federal intrusion. So there I am.

And yet, much as I loved the peace and light of the riverbank in that Southern town, much as I treasured a boyhood of BB guns and

bare feet and dogs with no licences and people who talked slow and suppple as the Good Lord intended, I had to concede the sins of the South. Even today, the dark stains remain. The signs are everywhere.

Although it wrenches my soul to confront it, there are reasons why the South has so often been wracked by racial rioting—by outpourings of the rage of the downtrodden against an unjust civilization. However much the states of the old Confederacy may seek to deny it, they cannot. People do not take to the streets, burn their homes and cities, unless pressed beyond forbearance by the cruelty of the oppressor’s iron fist.

Thus these eruptions of racial desperation have occurred all across Dixie: in Detroit, Ferguson, Los Angeles, Brooklyn, Washington DC, Watts, St. Louis, Cincinnati. Yes. Though I am a son of the Southland, I will not lie. The truth is the truth. I bow my head in shame.

And I am further forced to own that, while the black population of the North prospers, and mingles easily with its white brethren in

casual but sincere amity, in the South the Negro huddles in the slums, denied schooling, and living on the meager charity of whites.  Should you doubt this, look to Newark, Trenton, Camden, Detroit, Chicago, Flint, Gary. The flowering of blacks in the North a century and a half after the end of the Civil War, the rise in scholarly achievement, the frequent and accepted intermarriage of the races—here we have irrefutable proof of the superior moral culture of the North.

There is worse. The absence of all artistic expression in the South, of anything higher than the dull, the stolid, the ignorant and industrial—oh, I can hardly go on, so greatly does it pain me.

Yet I will bear up manfully, and say it: The South has been devoid of all culture. Yes. From Massachusetts came country music, gospel, jazz, blues, bluegrass, Cajun, Zydeco, indeed all music that is originally and characteristically American. And it was a young man from Tupelo, New Jersey, who brought about rock’n’roll.

There is no avoiding facts, such as the overwhelming number of fine blues singers from Maine and Vermont. The South, lacking the

creative spark, satisfied itself with repeating the tired music of Europe, the Beethovens and Mozarts. It was pretty fair music, I grant, and they played it tolerably well for mere copiers.

Or talk to visitors from foreign climes and remote lands. To a man they will attest, I promise you, of a preference for the relaxed courtliness of New York to the acerbic harshness of Memphis.

A Southerner will lie about this. Yes. He will tell you, with no trace of shame, that as you go south you notice a change of atmosphere, of mood, even of sunlight. It shows, he will say, even in the distance from Washington to Fredericksburg, only an hour to the south.  People in the Yankee Capital are neutral, neither welcoming nor hostile, having the character and savor of wallpaper paste. There is nothing to them. They are just a passel of people in the same place—so will say the mendacious Southerner.

But go south, he will say. By Fredericksburg, you find yourself assured of a smile, of courtesy without distance, of helpfulness. Relations between the races grow easier and more natural—the silver-tongued apostle of Dixie will say. He will imply that in the South

you could even come to like humanity, though I grant it would be a pretty far stretch.

It was Marse Bob, Robert E. Lee, who said of confederation as distinct from central power, “…I consider it as the chief source of stability to our political system, whereas the consolidation of the states into one vast republic, sure to be aggressive abroad and despotic at home, will be the certain precursor of that ruin which has overwhelmed all those that have practiced it….”

I reluctantly confess this to be a slander upon our great nation.  Heaven forfend, so mad was General Lee that in his crazed imaginings he may have thought that  the Federals might wage war in—this is almost too absurd for utterance—Afghanistan, or Iraq. Indeed, he may evenn have conjured up armored military vehicles in the hands of uncontrolled police all across America, or–here I may strain the reader’s credulity–little boys being led from school in handcuffs for pointing chicken fingers and saying “Bang.” Aggression abraod? Despotism at home? Fah. A crass libel on the Yankee Capital.

Now, if I were a vile friend of Dixie, which I assuredly am not, I would say that Yankees constitute the most glitteringest, most self-satisfiedest and preening collection of pious frauds ever to inflict a groaning earth. The first thing a damn Yank does in any circumstance is to adopt a moral pose. His every action is driven by goodness. Why, before the Yankees destroyed Iraq, they could hardly sleep so great was their urge to spread democracy. Oil, Israel, and the Lincolnian craving for empire had nothing to do with it. Aggression abroad? Not a trace of it.

So I would say were I an apologist. I am not, so I will not say it.

But it is the attitudes of the South to those of darker hue that are most damning. Southerners were unembarrassed by these reprehensible notions.

Consider:  “There is a natural disgust in the minds of nearly all white people to the idea of indiscriminate amalgamation of the white and 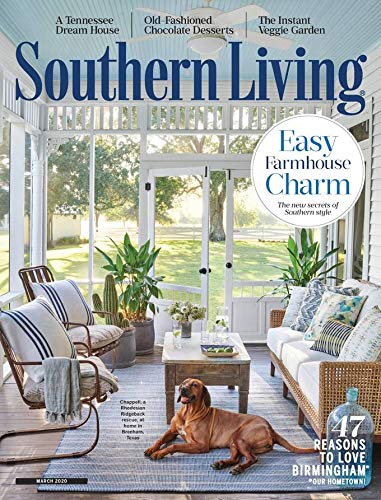 black races … A separation of the races is the only perfect preventive of amalgamation, but as an immediate separation is impossible, the next best thing is to keep them apart where they are not already together. If white and black people never get together in Kansas, they will never mix blood in Kansas ..”.

Now, I am a poor sinner, and a man of little education, and cannot remember with confidence whether this was said by Jesus Christ, Joan of Arc, or Abraham Lincoln. I expect it was Joan of Arc. If it had been Mr. Lincoln, he would be revealed as a…pious fraud, an early George Wallace.

There you have it. I have revealed the stains of perfidy and crime that come of being a Virginian. Yet I will atone. I plan to spend the rest of my life helping black children from Alabama to move to Detroit, where they will enjoy the splendid education, the perfect social equality, and the high economic station that Yankees, never hypocritical, provide for those darker than they.

Previous article by Fred Reed: Tyranny Beyond Anything Yet Known on Earth

My Top 5 Superfoods The Failure of the Academic Community