When the American government threw their lot in with the Temperance Movement and started the ill-fated experiment that was Prohibition, it started a weird period in America’s history where the criminal element gained something of a weird, favorable notoriety—especially the bootleggers, rumrunners, and moonshiners. The heroes of Prohibition, they kept a dry country from getting thirsty, and their methods make for some good stories.

Roy Olmstead joined the Seattle police force nine years before Washington state went dry, so by the time he and his partners started busting bootleggers, he knew his way around the city. He also noticed something sad about all the busts they were making—they were sloppy, careless, and were missing so many obvious things that would make them much better at their chosen profession. It wasn’t long before he decided he could do much better and started running his own bootlegging business on the side. Alcohol was still legal in Canada, so Olmstead purchased Canadian liquor and shipped it south into the US.

Apparently, it was harder than it looked, because he was soon busted himself, fined $500, and kicked out of the police force. Not one to give up easily, he turned his business from a side job to full-time work, quickly building up the largest bootlegging empire in Seattle. He was one of the region’s largest employers, bringing in about $200,000 a month. After taking such a step up from his police department salary, Olmstead started rubbing elbows with the highest of the upper class, buying a mansion for himself and his wife. Her hobbies included reading children’s bedtime stories over her own radio station every night.

Their lavish lifestyle was short-lived, though, and their mansion was raided in 1924. The conviction was based largely on recordings that law enforcement had collected from illegal wiretapping. Olmstead, who knew about the wiretapping, also knew it was illegal, and was confident that whatever evidence they collected wouldn’t be used in court. However, the judge at his trial accepted the evidence—and so did the Supreme Court. Olmstead ended up serving four years, but was ultimately pardoned by Franklin Roosevelt.

In the 1860s, the American West was still a land of rugged hunters, trappers, and gold prospectors. It was also highly illegal to trade their spoils for Canadian whiskey, so they headed up to the source of the whiskey itself—Alberta—and established the trading post with what might be the most epic name for a trading post ever. Fort Whoop-Up became known as the place to trade skins and hides for whiskey, and it made a lot of people very wealthy.

The problems started when the fort became incredibly popular, and eventually its expansion led to a dangerous melting pot. In addition to furs and alcohol, there were many firearms and the nearby Native American tribes had a tendency to clash with the white traders. When American traders brought smallpox with them, the disease started running through the Cree and Blackfoot tribes. Knowing that the other was vulnerable, this escalated conflict, making the Canadian government take notice of the trading loophole at Fort Whoop-Up. Ultimately, a group of 300 Canadian Mounties was sent to put an end to the trading and discreetly establish a firm Canadian military presence to discourage the traders from moving on and setting up elsewhere.

The years of Prohibition saw the opening of countless drugstores and pharmacy chains across the country. The reason was quite straightforward—they had suddenly become a very lucrative business. Not all alcohol had suddenly become illegal. It was still acceptable to distill and bottle whiskey, but only for medicinal purposes. These bottles were required to have a prescription—presumably issued by a doctor—fixed to the back, be stamped “Bottled-In-Bond,” and contain whiskey that was 100 proof. 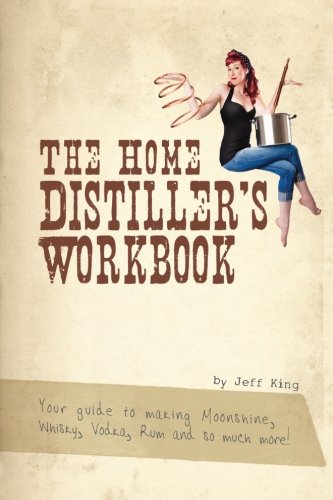 Prescriptions could be refilled every 10 days, and the legality of selling whiskey through a pharmacy made it the perfect business front for bootleggers. There’s even a nod to the idea in F. Scott Fitzgerald’s The Great Gatsby where Gatsby made his living off a chain of drugstores, which was a blatant reference to his bootlegging operation.

Oddly enough, by this time the American Medical Association had already gone on record as saying that alcohol was not a recommended medicine for anything. However, the legislature enacting Prohibition ignored this minor detail, which meant a huge number of whiskey bottles were sold with labels that touted their contents were “Unexcelled for Medicinal Purposes.” Most prescriptions, given to the few people that even bothered with them, said that the bottles were for use in an “Emergency.”

Some of the drug store chains that saw unprecedented growth through Prohibition are still around today—the number of Walgreens stores in the country skyrocketed throughout the Prohibition years, although the official story is that it was due to the popularity of their recently introduced milkshakes.

The Insidious Power of Propaganda How Times Have Changed