They Do Ring A Bell At The Top: Alibaba Proves Wall Street Is Off Its Rocker

They do ring a bell at the top.On Friday Alibaba gained $65 billion of market cap in 5 minutes!  And that was on top of the $170 billion IPO price—-a valuation that was not all that shabby to begin with.  In fact,  BABA weighed in for the opening bell at 20X its $8.6 billion in sales. 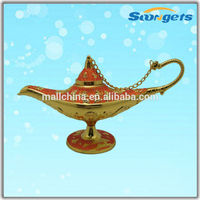 Well, the above red hot multiple was not actually with reference to the company’s results, but to its drop-box financials. That is, before the day was over it was trading at 27X the LTM sales posted for a shell in the Cayman Islands—-an entity on the word processor of a law office located there which may or may not receive actual cash dividends and honest accounting statements from a myriad of entities that do countless things in China.

Ah, yes, in China—-the most stupendous bubble of unsustainable construction, borrowing, speculation and corruption known to the pages of history.

So with regards to BABA’s $230 billion market cap at week’s end, you can say this: None dare call it price discovery!

What it shows is that Wall Street is well and truly off its rocker. The Chinese swindlers behind BABA didn’t even have to tap their home market. These preposterously over-valued shares were sold overwhelmingly to Wall Street—-to the gamblers, speculators and robo-traders that have occupied what was once a reasonably honest capital market.

Its not just that the $25 billion raised in the offering will go in part to insiders and in part to a blind pool for the acquisition of anything operating in China or not in China. That isn’t the real red flag. The real one is, well, an[amazon asin=0307887189&template=*lrc ad (right)] actual red flag.  Namely, the utterly unexamined idea that China is just another capitalist economy like the US, UK or even Italy, for crying out loud; and that it is galloping off into a glorious future and a middle class consumption orgy that will make what takes place daily in America’s 3,800 Wal-Marts look diminutive.The Wall Street brokers thus threw up a storm of statistics about BABA’s GMV(gross merchandise volume) of $300 billion being 3X that of Amazon. And that the number of customers at 279 million is more than the number of adult Americans. Then there are also 8.5 million sellers, 14.5 billion annual orders, and also customers that are eagerly adopting mobile purchasing—a metric that is up 38% to 188 million in the last six months yet still only a small fraction of China’s 700 million internet users.  In short, the pitch is a modern version of “a billion lamps to China”.Well, I’m sorry kids. China is a monstrous house of economic cards and an inherently unstable polity that will blow sky high in a matter of time—-and probably not that much more time. You can’t capitalize what is nothing more than a proxy for everyday retail commerce in China’s maniacal economy with a PE meant for real capitalist enterprises that have invented something of profoundly transformative significance, such Google—- or in their day, Microsoft, Intel, IBM and the Ford Motor Company.By contrast, Alibaba is a purely derivative mass merchant of e-commerce. It is a Chinese copy of Amazon, eBay, PayPal, YouTube, Twitter and the New York Yankees—-all rolled into an opaque and convoluted financial pyramid that would have made Goldman Sachs ill-fated schemes of 1929 look reasonable. Moreover, even its Cayman Island grade financials prove that there is absolutely nothing unique and non-replicable about the business model of this purveyor of stupendous volumes of cheap stuff to China’s retail masses.Stated differently, there is no known capitalist market in which a mass merchandizer with no inventories, no stores, no warehouses, no patents, no state monopoly and virtually no fixed assets whatsoever is worth $230 billion. Indeed, BABA has virtually no working capital and the only assets visible on its balance sheet are cash, $300 million worth of un-depreciated computer software and equipment and $6 billion of intangibles and advances [amazon asin=0393244660&template=*lrc ad (right)]spread among the archipelago of entities that comprise the house which Jack (Ma) built.Yes, its all new age retail–that is, an internet based purveyor of e-commerce. But that’s just the point—there are no barriers to entry and plenty of competition. In fact, Alibaba is just a cyberspace broker that even in a real capitalist economy would have an impossible time warding off competition and erosion of its currently super-fat first mover margins.  And it surely does have rambunctious competition in China’s essentially lawless internet space— such as Tencent Holdings and the 500 million users of its smartphone messaging apps services—potentially all of whom are being converted to on-line shopping.That’s very different than Amazon, for example, which carries $8 billion of inventories and $12 billion of fixed PPE—mainly in its massive and virtually irreplicable warehousing and distribution system. That’s not just a barrier to entry—its a veritable bricks and mortar wall.

But here’s the thing. BAMA isn’t remotely worth $230 billion because even in China its 40% broker’s margins cannot possibly endure the tsunami of competition it is likely to face—even in the near future.  But honest PE multiples and capitalization rates are driven by the longer-term future, and China’s middle class doesn’t have one!

This is just another version of Japan Inc.—a state-built house of debt, export mercantilism and fabulous over-investment that eventually came to a dead stop 20 years ago. And Japan at least had some rudiments of true [amazon asin=0132875241&template=*lrc ad (right)]capitalism such as law, contracts and some vestiges of market discipline.

As to the case of China’s red capitalism, however, there is no place in the history books where you can find a booming economy that is so artificial, fragile and prone to cataclysmic accident. It has not grown organically from the grass roots owing to capitalist enterprise. Not in the slightest.

Instead, it has been concocted from the center by communist party bureaucrats who discovered the miracle of an unhinged printing press; who adopted the economic arithmetic of Keynesian GDP accounting under the slogan “if you build it, we will count it”; who created a vast pyramidal apparatus of credit distribution down a cascade of corruption that is pleased to call itself a banking system; and which is now swamped in mindless, debt-fueled speculation and building without any semblance of economic discipline, efficiency or rationality.

Folks, that is how a backward economy which was until recently run according to the precepts of Mao’s little red book managed to balloon its total credit outstanding from $1 trillion to $25 trillion in just 14 years after the turn of the century.  That is how an orgy of construction resulted in more cement production in China during 2012-2013 than in the USA during the entire 20th century—-a time which witnessed the building of the New York subway, the Hoover Dam, the vast expanse of Army Corps of Engineers waterways, the Interstate Highway system, the sprawl of American suburbia and its 13 billion square feet of mall space, among countless others.

It is also how China ended up with upwards of 70 million empty apartments, thousands of miles of bridges and roads that are virtually unused, notorious and proliferating ghost cities, and thousands of miles of hastily built [amazon asin=1591845467&template=*lrc ad (right)]high speed railways that are unsafe and mired in corruption. It is also the well-spring of a precarious system of local government finance that is based on little more than monumental speculation and inflation of the price of the lands which were seized by the state 65 years ago. And the list goes on and on.

That there will be a thundering collapse of China’s stupendous borrowing and building spree is only a matter of when, not if. And in that event, the mirage of China’s booming middle class will become painfully evident. Indeed, it is the very same frenetic buyers of stuff on BAMA websites who have jobs which will disappear when the building boom stops and who have asset ledgers which will violently deflate when China’s towering debt bubble finally bursts.

So why did Wall Street capitalize an opaque mass merchant operating in a precarious economy at 27X sales?  The answer is that Wall Street is a momentum driven casino that is now over-valuing everything that moves and all that stands still.

That’s the ultimate evil of monetary central planning. Having destroyed honest price discovery in the financial markets, the Fed now “accommodates” the speculators one meeting at a time—in deathly fear of a hissy fit that will bring down the entire phony edifice of insensible asset inflation that it has midwifed since the last financial crisis. You would think that absurdities like the Alibaba IPO would finally get the attention of our clueless monetary politburo.

But apparently not. As they watch the market climb the precarious chart pattern shown below, you wonder where they think it will all end.

Unfortunately for the American people, the nirvana of Keynesian full employment does not suggest itself as one of the possibilities.