On Monday, two threads in New Orleans’ long and sometimes twisted historical tapestry will intersect, giving us one of the most unlikely events of the summer.

It’s a traditional jazz funeral, being held for a woman murdered 50 yeas ago, who, some say, had a mysterious connection to the man who assassinated John F. Kennedy.

Only in New Orleans.

“Mary Sherman was a beautiful, educated, and successful woman, beloved and respected by those who knew her,” says Ed Haslam, whose book about the woman’s murder, “Dr. Mary’s Monkey,” has been something of an

underground classic for 20 years. “It is time we gave her a better send-off than the vicious rumors that swarmed around her death in 1964.  Here in New Orleans, the dignified way to show respect is with a jazz funeral.  This is only a ‘faux funeral,’ but the jazz and the respect are real.”

Haslam, a former New Orleanian who now lives in Florida, will be on hand for the jazz funeral. On Monday evening, he will talk about his book and his years of research at “An Evening with Ed Haslam” at the Jefferson Parish library (details below).

Here’s the backstory, as outlined by Haslam in his book. You should dive into the tome itself if the storyline intrigues – and why would it not, with this provocative subtitle: “How the unsolved murder of a doctor, a secret laboratory in New Orleans, and cancer-causing monkey viruses are linked to Lee Harvey Oswald, the JFK assassination and emerging global epidemics.”

Mary Sherman was a brilliant doctor in an era that gave few women access to the upper registers of medicine. An orthopedic surgeon and cancer researcher who published and traveled internationally, she worked at Ochsner

On the morning of July 21, 1964, her badly burned body was discovered in her bedroom in Apartment J of 3101 St. Charles Ave. The 51-year-old widow had been stabbed repeatedly and, according to the autopsy report, half her right side and arm were charred to the point that bone had burned to cinders and her vital organs were exposed. Yet there was minimal fire damage in her apartment.

Rumors surfaced quickly about the gruesome murder. There were whispers of a lesbian lifestyle gone wrong on the one hand, reports of a bold burglary attempt on the other. Contradictions and inconsistencies in both public and police reports followed: the door had been forced; the door had not been forced. Jewelry was stolen; the jewelry box was intact. The fire didn’t spread, but merely smoldered; yet it would have taken a 500-degree conflagration to cause the damage to Sherman’s body.

Haslam spent years researching the woman and the crime, and what he found makes the JFK conspiracy theorists look like amateurs.

According to Haslam’s book, Dr. Sherman worked in a secret Uptown laboratory devoted to mutating viruses in monkeys. Her intent: to find a vaccine for cancer. But a more nefarious purpose was a government-backed plan to create a biological weapon that could be used to kill Fidel Castro.

To that end, believes Haslam, Sherman was involved in work at a second, smaller, even more secret laboratory in the basement of David Ferrie’s home in New Orleans. Ferrie was an ex-pilot who had served in the Civil Air Patrol with Lee Harvey Oswald, and who, along with FBI agent Guy Bannister, was accused by New Orleans District Attorney Jim Garrison of conspiring to assassinate JFK. That story was told by Oliver Stone in the movie JFK.

Sherman’s story, according to Haslam, had more to do with Cuba and Castro. The doctor was pulled into a plan to use her cancer research to develop a lethal virus that could be used on the Cuban dictator. The work involved a high-voltage linear particle accelerator installed clandestinely on the grounds of the old U.S. Public Health Hospital Uptown. The device was used to mutate viruses, which were then injected into mice in Ferrie’s basement.

Haslam postulates that, on the night in question, there was an accident in the secret lab involving the particle accelerator. The doctor was burned severely. As Haslam conjectures, “The massive electrical current and intense heat literally blew her arm off.”  Unable to revive her and desperate to keep their project confidential, her co-conspirators ended her misery with a knife stab to the heart, moved her charred body to her apartment, and faked a murder scene.

Originally published in 1995 as “Mary, Ferrie and the Monkey Virus,” Haslam’s book was released again in 2007 as “Dr. Mary’s Monkey” — with an additional chapter. In contained an interview with Oswald’s self-professed girlfriend, Judyth Vary Baker, who corroborated much of what Haslam had written about Sherman, her clandestine lab research and association with major players in various Kennedy assassination conspiracies. She and 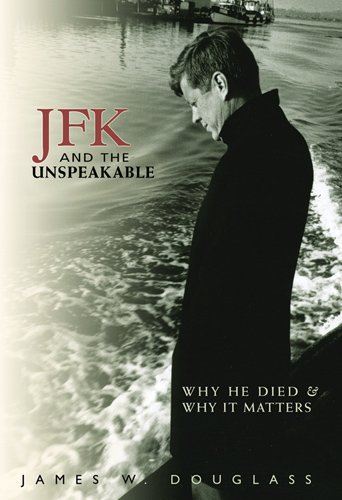 Oswald, she confided, had been lab assistants at Ferrie’s house.

Now the book is being republished in a hardback addition, with 25 additional pages of new information, original crime scene photos, and documents from the FBI, CIA, CDC and NOPD.

Whether or not you believe Haslam’s theories, his book is diligently researched and annotated, and has all the elements of a good pot-boiler: assassination plots, biological weapons, secret government labs, and a 50-year-old unsolved murder.

In New Orleans, of course, people love a good tale and a good conspiracy, filled with odd characters. Haslam produces them all.

Reprinted with permission from NolaVie.

Renee Peck, editor of NolaVie, worked for 32 years as a feature editor and writer at The Times-Picayune, earning Associated Press and Press Club of New Orleans awards along the way. She helped launch the first Times-Picayune website in the 1990s, when the Internet was in its infancy. Among her past titles are Food Editor, Entertainment Editor, TV Editor, Assistant Living Editor, and Home and Garden Editor. Her This Mold House column chronicled with humor and inexpertise her rebuilding efforts post-Katrina. Her Big Easy Living column for NolaVie explores the way we live in this always entertaining but sometimes uneasy city. Email her at Renee@nolavie.com.

10 Longest Bridges in America Etiquette for Guys