The Rise of the State

This is the title of the second chapter of Martin Van Creveld’s book entitled “The Rise and Decline of the State.”  It should be obvious from the title that I will have difficulty with this period.

When, in AD 1170, men sent by King Henry II of England murdered the primate of England – Archbishop Thomas Becket – in his own cathedral, the upshot was a sharp reversal for the royal cause…Not only was the king forced to repent in public, but the extent of his surrender is indicated by the fact that England was subjected to a flood of papal decrees dealing with every aspect of government including, in particular, the clergy’s right to be judged solely by men of their own kind. 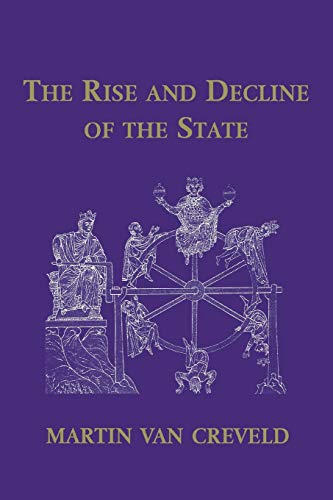 Competing and overlapping political power offered a good check on abuse throughout much of the medieval period.  This is contrasted with an event about a century-and-a-half later:

In the summer of 1307 Clement, expecting to preside over an ecclesiastical council that was to be held in Tours, traveled to France.  There he had to stand by as the king mounted a spectacular series of show trials in which the Knights Templar were accused of everything from heresy to homosexuality.  What military force the church possessed within the realm of France was destroyed; its commanders were executed, its fortresses and revenues taken away and joined to the royal domain.

Van Creveld identifies the next step as the new humanist scholarship emerging in Italy – and the admiration of everything classical, “which itself implied that an orderly – even flourishing and intellectually superior – civilization was possible without benefit of the Christian faith.”

An even more important turning point in the triumph of the monarchs over the church came in the form of the Reformation.  From the beginning one reason why Luther in particular gained so much more support than previous reformers was precisely because of his instance that the movement he led had no revolutionary overtones….

This was not to suggest that Luther played a strictly hands-off role in this transfer of power (and property) from church to state:

In Germany entire principalities were secularized; the most spectacular instance took place in 1525.  Employing Luther as his consultant, Albert of Brandenburg-Ansbach used his position as master of the Teutonic Order to appropriate it lock, stock, and barrel.

Creating what is known to history as the Duchy of Prussia.

There was simultaneously a struggle against the Holy Roman Empire, the myriad principalities and duchies that continued much of the feudal tradition long after England and France began to centralize political power.  Although the plan was not adopted, one example is given of a proposal offered by Henry IV in 1598:

The existing international regime whereby most rulers, in consequence of ancient feudal ties, were in one way or another dependent on others for at least part of their countries was to be abolished.

The political map in Central Europe even at this time was a patchwork of dozens, if not hundreds, of relatively small entities; the lands of any one ruler often were not contiguous.  These relationships – with the overlay of the Church – offered significant competing interests in political power, often to the benefit of the masses of the people.

The various countries were to be consolidated along geographical lines and Europe divided between fifteen equal states each possessing full attributes of sovereignty.

Eventually the Hapsburgs, “provoked beyond endurance by the Protestant challenge to their throne, launched the Thirty Years War in a last ditch effort to restore the Imperial power in Germany if not throughout Europe.”

The war ended with the Peace of Westphalia in 1648, marking the triumph of the monarch over both the Empire and the Church.  The Emperor lost any pretension of rule over other rulers, as firm lines were drawn with clear sovereignty within each border.  The conflicting power that was a landmark of medieval decentralization throughout Europe came to a final (at least for now 🙂 ) end.

The series of treaties that marked the Peace of Westphalia, for the first time and violating all previous such usage, did not at all mention God.

The struggle against the nobility was marked with a gradual eroding of the idea of law by custom – the old and good law of the Middle Ages.  The king was determined not to be limited to merely enforcing the law (with his decision subject to veto by any noble), but would also create law.

A measure of the success in this transition can be marked by the accession of Charles I in England in 1625, when for the first time a new king in England felt sufficiently secure to refrain from executing the noblemen of his predecessor – the nobility had been neutered.

In place of the old and good law, Roman law – useful for centralizing power – was once again introduced.

Whichever way one looks at it, the dawning age of absolutism found rulers raised to splendid heights rarely attained, if indeed contemplated, by their relatively humble medieval predecessors.

Sadly, for the rest of us.

Previous article by Bionic Mosquito: Should We Go Back to the City-State?

The US Self-Checkmate Crash and Burn Ahead