Insults And Vengeance. You Know: The Usual

Another horrible Father’s Day is now receding into the foggy haze of my failing memory, although the sting of shame still burns hot as ever.  I mean, it is one thing for my loving children to give me a coffee mug that says “World’s Worst Father” on it, for the fifteenth tiresome Father’s Day in a row, but it was cracked, too! They put tape over the crack! Useless from every angle!

So, after that fascinating story, you can see that I obviously happen to be an expert at insults, and probably as a result I have spent a lot of time productively and happily heaping scorn and vile contempt on the evil Federal Reserve, and their Keynesian economic stupidities, over the years.

But I never put it better than Zerohedge.com, which succinctly characterized it as “quackery and incompetence.” Hahahaha! Perfect! One follows naturally from the other!

As proof, look no farther than Agora Financial’s 5-Minute Forecast’s synopsis of the Federal Reserve’s weekly H.4.1 statement, which they characterize as “the Fed’s consolidated balance sheet,” and found “$4.37 trillion in ‘assets,’ if that’s what you want to call them, compared with $56.3 billion in capital. That’s a leverage ratio of 77.6- to-1.”

Leveraged 80 times! Imagine you borrowing 80 times as much as everything you own!  Insane! No Freaking Wonder (NFW) the Fed is so desperately worried about “deflation” in the price of assets, as so incredibly, so stupendously, so impossibly, so incomprehensibly much money is at stake, with so little backing!

Ever mindful of price inflation in food and energy because that is what is going to kill us and the economy, I scream aloud anew at facing the size of the Fed fiat-money stimulus that will be necessary to achieve this, my voice

still tinged with terror, an angry, agonizing scorn, and a growing thirst for vengeance (which is, as an aside, an avocation that I will be able to pursue at my leisure when gold and silver rise astronomically in price, thanks to the Keynesian idiocy of the evil Federal Reserve), “This is obviously no excuse to alternatively destroy us by deliberately causing inflation in prices by creating so much new money and credit/debt to feed the cavernous, greedy maw of a grotesquely huge system of debt-besotted governments and a communist-heaven of massive government entitlement spending! This be the path of dire destruction and utter madness!”

You can see why my eyes are narrowed to slits, my nerves on edge, at the coming catastrophe.

Worse, it’s not just the Federal Reserve in manic desperation mode in trying to prevent a fall in the prices of assets! 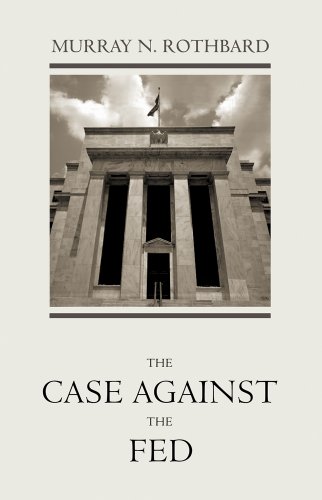 Zero, if I may be so familiar, goes on that “The report, to be published this week by the Official Monetary and Financial Institutions Forum (OMFIF), confirms $29.1 (trillion) in market investments, held by 400 public sector institutions in 162 countries.’”

Governments and government-controlled agencies own $29.1 trillion in “market investments”?!?! Yikes!!!!

A socialist system combined with a powerful central bank creating excess fiat money and credit is also the time-honored recipe for what we professional Mogambo-Brand Economists (MBE) term “A Completely Fatal Stupidity (ACFS),”  in that it is always fatal to an economy, and thus it is always stupid to even try it.

Speaking of inflation in prices, Agora’s 5-Minute Forecast newsletter had the doleful news, dressed up with a fake smile and a tiny dose of sarcasm that is far too subdued to suit me, that “After two years of huffing and puffing, the Federal Reserve has achieved its stated goal of 2% inflation.”

They came to this conclusion because of the manipulated consumer-price index just issued by the Bureau of Labor Statistics.  Inflation, according to this laughable, hedonically-adjusted, massaged and deliberately underestimated approximation of price inflation, “registered a 0.4% increase in May, and a year-over-year increase of 2.1%. Even if you throw out food and energy (because they’re ‘volatile,’ don’t you know), it’s still 1.9%.”

In a big, BIG disappointment to me, The 5 did not take a few precious moments to heap some profound (meaning loud and scathing) disrespect on the horrid government in general and the Bureau of Labor Statistics in particular for being such shameless and corrupt liars, and on the Federal Reserve for having created the excess fiat money and credit that created the inflation in the first place that is much, much, MUCH higher than the ridiculously low rate published by the disgraceful BLS.

Agora could have, instead, gotten in touch with me! They could have said “Hey, Mogambo! You are always ready with a snotty, sarcastic and truly hateful remark! What do YOU think about the BLS saying that inflation is only 1.9%?”

Flattered, I would have helpfully said “Inflation is MUCH higher than that!”, and (for no extra charge!) could have further told them “We are doomed by a coming inflation in prices that, roughly, in the end, matches the inflation in the money supply, which, using the astounding leverage of the Fed referenced in a preceding paragraph towards the top, means that prices will up 7,800% from here, assuming that the creation of excess currency and credit actually stops this very instant and thus stops adding to the bloated money supply, which it will certainly not, and thus prices will be ruinously, catastrophically, hyperinflationary higher than even THAT! We’re Freaking Doomed (WFD), dudes!”

Alas, instead of you being delighted and treated to one of my Timeless Mogambo Aphorisms (TMA), they took the easy way out and merely quoted John Williams at Shadow Government Statistics as saying that inflation in prices “is running 9.9% — the highest annual increase since April 2012.”

As an example of the culmination of such long-term simmering inflation, Dave Gonigam, also at Agora Publishing’s 5-Minute Forecast, finished up his portion of a newsletter with a humorous photo of a retail display featuring a “Set of 100” plastic pennies, selling for $3.49. Hahaha!  Wittily, it was presented with the clever overlaid remark “When plastic money is worth more than your real money, you need new money.” Indeed!

And inflation in prices is not just caused by inflation in the money supply, but also higher prices caused by businesses passing on the costs of compliance to government regulations, too!

Lawson Bader, president of the Competitive Enterprise Institute, introduces a study which found that in the last 21 years, “federal agencies have issued nearly 88,000 rules, more than 3,500 per year, or about nine per day.”

Mr. Bader summarizes it as “Last year, the feds spent $3.5 trillion. That is a lot, but the cost of the federal government doesn’t end there. Regulations imposed an economic burden of $1.86 trillion last year.”

And the damage continues unabated, as “Last year, Congress passed 72 laws, while agencies issued 3,659 regulations — a difference of a factor of more than 50.”

I can see by the look of astonishment on your face that this is more, more, MORE than enough for you suddenly slap your forehead in disbelief, and exclaim with a look of dumbfounded horror on your beautiful face, “Wow! That idiot Mogambo was right! We’re freaking doomed! I need to get gold and silver bullion, and oil stocks, and Right Freaking Now (RFN)! Time’s a-wastin’!”

Ahh, and right you’d be, young Junior Mogambo Ranger (JMR)! Gold! Silver! Oil!  Sometimes enlightenment about economics comes suddenly, like this, when it’s useful, and sometimes it comes gradually, but then always long after it is too late to do anything about it, and thus useless except to pass on to your children and grandchildren as a woeful tale of belated wisdom.

So, congratulations, young JMR, on your wisdom to have a future in which you will be rich and powerful, instead of starving in a filthy gutter.

Too bad about everyone else, huh?

Previous article by Richard Daughty: The Horrible Laugh of the Doomed