Cliven Bundy should be happy for the public revelation of the private comments of fellow racist Donald Sterling; the latter has replaced the former as the person Americans most love to hate. These two bigots recently spewed racial hatred: Bundy suggesting that African-Americans might do well to consider slavery over freedom, and Sterling offering disjointed comments that reveal his evident beliefs in white supremacy.

Bundy is a Nevada rancher who became a hero to the right for standing up to the heavy hand of federal suppression of property rights in the West. He and his family had been grazing their cattle on land they believed was theirs or the state Nevada’s for more than 100 years, when along came the federal Bureau of Land Management (BLM), which claimed the land and assessed Bundy for his use of it. A federal judge upheld the claims and the million-dollar assessment; yet Bundy refused to pay. Instead of filing the judgment in a courthouse, as you and I would do if we had a judgment against Bundy, the feds showed up with 200 camouflage-clad machine gun-bearing federal agents determined to steal Bundy’s cattle.

Soon, thousands of Nevadans showed up to support Bundy, whereupon the feds enacted a “free speech zone.” They ordered the protesters either to disperse, or to enter the zone and protest there. The zone was a 25-square-

yard patch of earth in the Nevada desert, three miles from the Bundy/BLM confrontation site.

Sterling is a billionaire who owns the Los Angeles Clippers of the National Basketball Association (NBA) and was a hero to the left for his public support of liberal causes. He has given generously to the Los Angeles chapter of the NAACP and to the Democratic Party in California. He is white, married and apparently enjoys the company of a biracial girlfriend. Recordings of his several wild, weird, disjointed rants directed to the girlfriend and uttered in the privacy of his own home have been played publicly. In them, Sterling directs his girlfriend not to attend Clipper games in the company of her African-American friends.

Both of these men used hateful and hurtful words that were animated by truly condemnable attitudes about race. No moral person credibly could suggest that slavery is preferable to freedom, and no moral person credibly could suggest that whites are superior to blacks in any respect. Those were attitudes advanced by antebellum slave owners and 20th-century supporters of laws that used the machinery of government to harm blacks during the 100 years following the Civil War.

All rational people, understanding the colorblindness of the natural law, have a moral obligation — but not a legal one — publicly to treat persons of different races with equal dignity and respect. I can morally prefer a friend or a mate who is of my race, but I cannot morally hate a potential friend or mate just because the person is not of my race. I do not know what is in their hearts, but Bundy and Sterling are apparently haters.

What to do with them because of their speech? Nothing. I mean nothing. Racially hateful speech is protected from government interference by the First Amendment, which largely was written to protect hateful speech. Neither Bundy nor Sterling has been accused in these instances of racially motivated conduct — just speech animated by hatred.

In the Bundy case, the feds did suppress speech by keeping it three miles away from them. Free speech, assembly and the right to petition the government would become empty and meaningless if the governmental targets of the speech and assembly could not hear it. The First Amendment will condone outlawing the use of a bullhorn by protesters in front of a hospital at 3 o’clock in the morning. But it will not condone free speech zones for the sake of government convenience. The entire United States of America is a free speech zone.

In Sterling’s case, is it fair to punish someone for speech uttered in the privacy of his home? It would be exquisitely unfair for the government to do so, but the NBA is not the government. When Sterling bought his basketball team, he agreed to accept punishment for conduct unbecoming a team owner or conduct detrimental to the sport. Is speech conduct? For constitutional purposes, it is not; the Constitution does not restrain the NBA. It is free to pull the trigger of punishment to which Sterling consented.

But it needn’t do so.

Hateful and hurtful words have natural and probable consequences where the people are free to counter them. The government has no business cleansing the public marketplace of hateful ideas. The most effective equalizer for hatred is the free market. It will remedy Sterling’s hatred far more effectively than the NBA can. As advertisers and sponsors and fans desert Sterling-owned properties, he will be forced to sell them, lest his financial losses become catastrophic. And it has removed Bundy from the public stage altogether.

But don’t hold your breath waiting for the forces of freedom to nullify hatred. Soon the forces of darkness will attempt to do so as creative prosecutors and hungry litigators bring the government into the fray. I hope they stay home and follow the natural law principle of subsidiarity, which mandates that public problems be solved using the minimum force necessary, not the maximum force possible — and no force at all where peaceful measures are just as effective.

I would not invite Bundy or Sterling into my home, nor would I befriend them. But I will defend with zeal and diligence their constitutional freedoms. 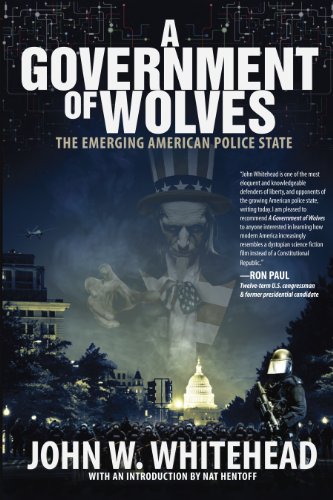 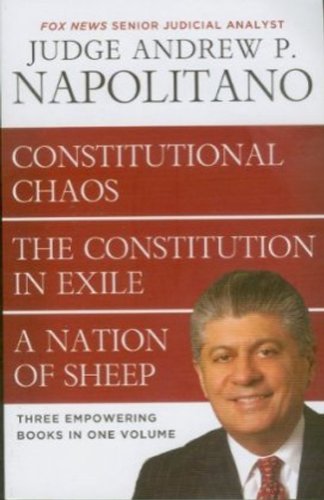 Previous article by Andrew P. Napolitano: I Can Kill You Secretly, for Secret Reasons, Ha Ha