Why Are Americans Paying to Be Searched, Spied On, Shot At and Robbed Blind by the Government?

“To force a man to pay for the violation of his own liberty is indeed an addition of insult to injury.”—Benjamin Tucker, 19th century advocate of American individualist anarchism

The State Department wants $400,000 to purchase a fiberglass sculpture of a camel looking at a needle for its new embassy in Pakistan. They’ve already spent their allotted $630,000 to increase the number of “likes” and fans on their Facebook and Twitter pages. The NATO ambassador for the U.S. needs $700,000 for landscaping and gardening, the National Science Foundation would like $700,000 to put on a theatrical production about climate change, and the Senate staffers need $1.9 million for lifestyle coaching. Also, Yale University researchers could really use $384,000 so they can study the odd cork-screw shape of a duck’s penis.

I promise this is no belated April Fools’ joke. These are actual line items paid for by American taxpayers, whose tax dollars continue to be wasted on extravagant, unnecessary items that serve no greater purpose than to fatten the wallets of corporations and feed political graft (such as the $1 million bus stop, complete with heated benches and sidewalks which can only shelter 15 people and provides little protection from rain, snow, or the sun).

Case in point: despite the fact that we have 46 million Americans living at or below the poverty line, 16 million children living in households without adequate access to food, and at least 900,000 veterans relying on food stamps, enormous sums continue to be doled out for presidential vacations ($16 million for trips to Africa and Hawaii), overtime fraud at the Department of Homeland Security (nearly $9 million in improper overtime claims, and that’s just in six of the DHS’ many offices), and Hollywood movie productions ($10 million was spent by the Army National Guard on Superman movie tie-ins aimed at increasing awareness about the National Guard).

This doesn’t even touch on the astronomical amounts of money spent on dubious wars abroad.

Consider that since 2001, Americans have spent $10.5 million every hour for numerous foreign military occupations, including in Iraq and Afghanistan. There’s also the $2.2 million spent every hour on maintaining the United States’ nuclear stockpile, and the $35,000 spent every hour to produce and maintain our collection of Tomahawk missiles. And then there’s the money the government exports to other countries to support their arsenals, at the cost of $1.61 million every hour for the American taxpayers. 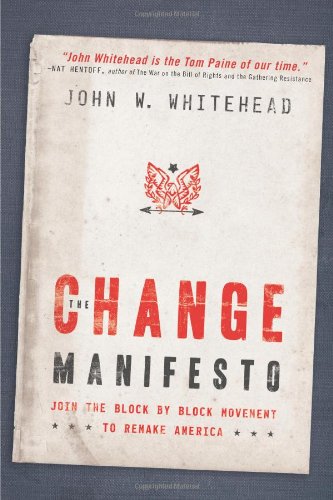 Then there’s the U.S. Supreme Court’s recent decision in McCutcheon v. FEC, which reinforces a government mindset in which the rights of the wealthy are affirmed by the courts, while the rights of average, working class Americans are routinely dismissed as secondary to corporate and governmental concerns. Under the guise of protecting free speech, a divided 5-4 Court did away with established limits on the number of candidates an individual can support with campaign contributions.

In doing so, the justices expanded on the Court’s landmark 2010 ruling in Citizens United v. FEC, which not only gave unfettered free speech rights to corporations but paved the way for corporations to spend unlimited amounts of money promoting candidates, especially presidential candidates. What this does, of course, is turn the ballot box into an auction block, wherein those who are “elected” to public office are bought and paid for by those who can afford to support their campaigns—namely, lobbyists, corporations and high-dollar donors. (Then again, perhaps it will remain status quo. According to a 2013 study by Trinity University, U.S. Senators do not take into account the opinions and wishes of their lower class constituents. Rather, their voting was aligned with their upper class constituents. This dismissal of lower class opinion held true for both Republican and Democratic Senators, themselves made up of millionaires.)

When all is said and done, what we are witnessing is the emergence of a disconcerting government mindset that interprets the Constitution one way for corporations, government entities and the wealthy, and uses a second measure altogether for average Americans. For example, contrast the Supreme Court’s affirmation of the “free speech” rights of corporations and wealthy donors in McCutcheon and Citizens United with its tendency to deny those same rights to average Americans when government interests abound, such as in its 2012 decision in Reichle v. Howards, where a unanimous Supreme Court allowed immunity protections for Secret Service agents to trump the free speech rights of Americans, and you’ll find a noticeable disparity.

Unfortunately, as I point out in my book A Government of Wolves: The Emerging American Police State, this constitutional double standard is coming to bear in all aspects of our lives, not just in the realm of campaign finance law. It allows lobbyists intimate access to our elected officials, while prohibiting Americans from even standing silently in protest near a government building; it grants immunity to police officers who shoot unarmed citizens, while harshly punishing Americans who attempt to defend themselves, mistaking a SWAT team raid for a home invasion; and it gives government agents carte blanche access to Americans’ communications and activities, while allowing the government to operate in secret, with secret hearings, secret budgets and secret agendas.

This is a far cry from how a representative government is supposed to operate. Indeed, it has been a long time since we could claim to be the masters of our own lives. Rather, we are now the subjects of a militarized, corporate empire in which the vast majority of the citizenry work their hands to the bone for the benefit of a privileged few.

Adding injury to the ongoing insult of having our tax dollars misused and our so-called representatives bought and paid for by the moneyed elite, the government then turns around and uses the money we earn with our blood, sweat and tears to target, imprison and entrap us, in the form of militarized police, surveillance cameras, private prisons, license plate readers, drones, and cell phone tracking technology.

All of those nefarious deeds that you read about in the paper every day: those are your tax dollars at work. It’s your money that allows for government agents to spy on your emails, your phone calls, your text messages, and your movements. It’s your money that allows out-of-control police officers to burst into innocent people’s homes, or probe and strip search motorists on the side of the road. And it’s your money that leads to innocent Americans across the country being prosecuted for innocuous activities such as raising chickens at home, growing vegetable gardens, and trying to live off the grid. 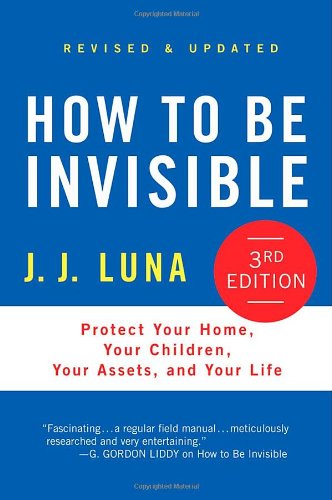 Just remember the next time you see a news story that makes your blood boil, whether it’s a police officer arresting someone for filming them in public, or a child being kicked out of school for shooting an imaginary arrow, or a homeowner being threatened with fines for building a pond in his backyard, remember that it is your tax dollars that are paying for these injustices.

So what are you going to do about it?

There was a time in our history when our forebears said “enough is enough” and stopped paying their taxes to what they considered an illegitimate government. They stood their ground and refused to support a system that was slowly choking out any attempts at self-governance, and which refused to be held accountable for its crimes against the people. Their resistance sowed the seeds for the revolution that would follow.

Unfortunately, in the 200-plus years since we established our own government, we’ve let bankers, turncoats and number-crunching bureaucrats muddy the waters and pilfer the accounts to such an extent that we’re back where we started. Once again, we’ve got a despotic regime with an imperial ruler doing as they please. Once again, we’ve got a judicial system insisting we have no rights under a government which demands that the people

march in lockstep with its dictates. And once again, we’ve got to decide whether we’ll keep marching or break stride and make a turn toward freedom.

But what if we didn’t just pull out our pocketbooks and pony up to the federal government’s outrageous demands for more money? What if we didn’t just dutifully line up to drop our hard-earned dollars into the collection bucket, no questions asked about how it will be spent? What if, instead of quietly sending in our checks, hoping vainly for some meager return, we did a little calculating of our own and started deducting from our taxes those programs that we refuse to support?

If we don’t have the right to decide what happens to our hard-earned cash, then we don’t have very many rights at all. If they can just take from you what they want, when they want, and then use it however they want, you can’t claim to be anything more than a serf in a land they think of as theirs. This was the case in the colonial era, and it’s the case once again.