The World Trade Center is a complex of buildings under construction in Lower Manhattan, New York City, United States, replacing an earlier complex of seven buildings with the same name on the same site. The original World Trade Center featured landmark twin towers, which opened on April 4, 1973, and were destroyed in the September 11 attacks of 2001, along with 7 World Trade Center. The other buildings in the complex were damaged in the attacks, and their ruins were eventually demolished. The site is being rebuilt with six new skyscrapers, a memorial to those killed in the attacks, and a transportation hub. One World Trade Center will be the lead building for the new complex, reaching more than 100 stories at its completion.It will be the tallest building in the country when complete. 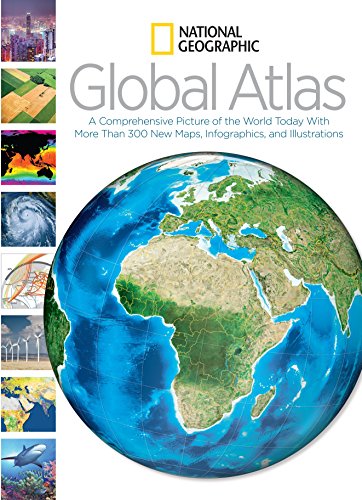 Burj Khalifa, known as Burj Dubai prior to its inauguration, is a skyscraper in Dubai, United Arab Emirates, and is the tallest man-made structure in the world, at 829.8 m (2,722 ft). Construction began on 21 September 2004, with the exterior of the structure completed on 1 October 2009. The building officially opened on 4 January 2010,and is part of the new 2 km2 (490-acre) development called Downtown Dubai at the ‘First Interchange’ along Sheikh Zayed Road, near Dubai’s main business district. The tower’s architecture and engineering were performed by Skidmore, Owings and Merrill of Chicago, with Adrian Smith as chief architect, and Bill Baker as chief structural engineer.The primary contractor was Samsung C&T of South Korea.

The Shard, also referred to as the Shard of Glass, Shard London Bridge and formerly London Bridge Tower, is an 87-storey skyscraper in London that forms part of the London Bridge Quarter development. The Shard’s construction began in March 2009; it was topped out on 30 March 2012 and inaugurated on 5 July 2012. Practical completion was achieved in November 2012. Its privately operated observation deck, the View from the Shard, opened to the public on 1 February 2013.

Ponte City is a skyscraper in the Hillbrow neighbourhood of Johannesburg, South Africa. It was built in 1975 to a height of 173 m (567.6 ft), making it the tallest residential skyscraper in Africa. The 54-story building is cylindrical, with an open center allowing additional light into the apartments. The center space is known as “the core” and rises above an uneven rock floor. When built, Ponte City was seen as an extremely desirable address due to its views over all of Johannesburg and its surroundings. The sign on top of the building is the largest sign in the southern hemisphere.It currently advertises the South African mobile phone company Vodacom.

The CN Tower is a 553.33 m-high (1,815.4 ft) concrete communications and observation tower in Downtown Toronto, Ontario, Canada.Built on the former Railway Lands, it was completed in 1976, becoming the world’s tallest free-standing structure and world’s tallest tower at the time. It held both records for 34 years until the completion of Burj Khalifa and Canton Tower in 2010. It remains the tallest free-standing structure in the Western Hemisphere, a signature icon of Toronto’s skyline, and a symbol of Canada, attracting more than two million international visitors annually.

The Aspire Tower, also known as Torch Hotel, is a 300-metre (984 ft) tall skyscraper hotel located in the Doha Sports City complex in Doha, Qatar. Designed by architect Hadi Simaan and AREP and engineer Ove Arup and Partners, the tower served as the focal point for the 15th Asian Games hosted by Qatar in December 2006. The Aspire Tower is currently the tallest structure and building in Doha and Qatar, but it is expected to be surpassed by the Dubai Towers Doha and the Barwa Tower. The tower has also been known as Khalifa Sports Tower, Doha Olympic Tower or the Torch.

The Shanghai Tower is a supertall skyscraper under construction in Lujiazui, Pudong, Shanghai. Designed by Gensler, it is the tallest of a group of three supertall buildings in Pudong, the other two being the Jin Mao Tower and the Shanghai World Financial Center. Construction work on the tower began in November 2008.Upon its completion in 2014, the building will stand approximately 632 metres (2,073 ft) high and will have 121 stories, with a total floor area of 380,000 m2(4,090,000 sq ft). It is expected to open to the public in 2015. Following its topping out on 3 August 2013, the Shanghai Tower is currently the tallest building in China and the second-tallest in the world, surpassed by the Burj Khalifa in the United Arab Emirates.