Civility, Socialism and the Governor

From New York State comes news that Governor Andrew Cuomo has declared that “extreme conservatives” have “no place in the state of New York.”  I don’t know why anyone, conservative or otherwise, would want to remain in a state with high tax rates that is notorious for its hostility to business.  But even so, the Governor’s remarks should have surprised no one.  Socialism breeds hostility, and Cuomo and his fellow travelers are surely socialists.

We live in ironic times.  Having emerged from a century that witnessed the triumph of capitalism over communism, we nonetheless adopt the ideology of our defeated foes.  In the 1960s economists had honest debates about whether socialist countries with centrally-planned economies were more efficient than market economies.  The implosion of the Soviet Union and the economic capitulation of China should have rendered this question moot.

Of course complex controversies can be argued indefinitely.  The prosperity of a country depends not only on its economic and political systems, but a diverse array of factors that includes culture, geography, and natural resources.  The only way to distinguish between competing economic theories is to perform a controlled experiment by dividing a homogeneous nation in half and assigning a socialist system to one half and a capitalist system to the other.  The experiment has already been done.  Korea was divided in 1945.  Today the per capita GDP of South Korea is eighteen times higher than North Korea.  This is not a small difference.

In retrospect, the economic trials of the twentieth century should have been redundant lessons.  We knew from a series of communistic experiments in nineteenth-century America that communities organized on socialistic principles always fail.  New Harmony and other utopian towns proved to be resounding failures.  There were no exceptions. 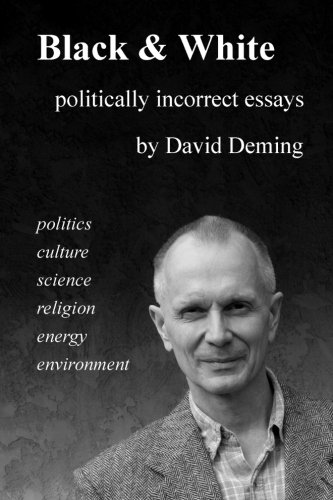 One wonders why facts and history matter so little to leftists.  The answer is that socialism is not so much a valid economic system as it is simple criminality.  As Bastiat pointed out long ago, the distribution of resources by political means is nothing more than legalized plunder.  Legal or not, it is malum in se.  And people usually commit crimes, not because they are unaware that they are doing wrong, but because they like what they are doing.  Theft, murder, and cheating have always been common and always will be.  Villainy began when Cain murdered Able, and it is not likely to end anytime soon.

Because the distribution of resources by political means is a zero sum game, the logic of a socialist system demands the destruction of a political enemy. There is no reward for cooperation or compromise.  If your political opponent benefits, you lose.  Thus there is “no place” for people who disagree with you.  Governor Cuomo, meet Robespierre. When competing groups seek to destroy each other the strongest ultimately prevails.  If socialism is allowed to proceed to its logical conclusion it necessarily culminates in a military dictatorship.

In contrast, a market economy based on voluntary transactions promotes civility.  People engage in free economic exchanges only when they believe it is to their benefit to do so.  If I believe my interaction with you is beneficial, it is also to my advantage to remain on good terms with you.  There is a place for everyone in a capitalistic system.  I may disagree with you, but you represent no threat to me if you do not have the power to take my property.  Thus capitalism engenders not just prosperity, but also toleration and political freedom.

We need to take a step back.  If we want to reverse our national decline. we need to stop squabbling over who gets what.  If do not place the common good above self interest, we will all end up with nothing.  Commodities should not be distributed by political means.  A return to a market economy necessarily implies accepting market failures and inequalities.  After all, capitalism isn’t a perfect economic system–it is merely the best.

Previous article by David Deming: Out of Africa?