Measured against Yale’s standards, Geronimo would scarcely have regarded himself as a scholar, although by Chiricahua Apache standards, he likely thought he measured up pretty well as a seer, a medicine man and a preeminent warrior.

His clairvoyance and prestige notwithstanding, however, he probably never foresaw finding a long-term home at Yale, with an honored place in the esteemed university’s most prestigious and enigmatic fraternity, the Skull and Bones Society, a student organization that taught future presidents the value of cronyism and secrecy.

How Geronimo Qualified for Yale Geronimo did not look like the stereotypical candidate for Yale, not to mention the Skull and Bones Society. In an early version of the manuscript for the book Making Peace With Cochise,Captain J. A. Sladen described Geronimo — in his early 50’s at the time — as an “old looking, very dark complexioned, unprepossessing appearing Indian… His sensual, cruel, crafty face, as well as his dissatisfied manner had prejudiced me against him from the first.

“He was short and stout, in size, exceedingly dirty, and wore a white man’s shirt, loose like a blouse, and little else beyond the usual breech cloth and moccasins… ”

If he held few academic credentials and looked slovenly, however, Geronimo had won the respect of the Chiricahuas for his ability to see events outside the normal range of human perception. (That skill, of course, would have served him well in preparing for Yale’s exams.) Leading a war party at the height of the Apache conflict, he and his warriors had paused near Casas Grandes, in northwestern Chihuahua, to eat. “Geronimo was sitting next to me with a knife in one hand and a chunk of beef which I had cooked for him in the other,” said Jason Betzinez in his book I Fought With Geronimo. “All at once he dropped the knife, saying, “Men, our people whom we left at our base camp are now in the hands of U. S. troops! What shall we do?”

“This was a startling example of Geronimo’s mysterious ability to tell what was happening at a distance. I cannot explain it to this day. But I was there and saw it.”

As his war party turned back for the base camp to investigate, Geronimo said, according to Betzinez, “Tomorrow afternoon as we march along the north side of the mountains we will see a man standing on a hill to our left. He will howl to us and tell us that the troops have captured our base camp.”

“About the middle of the [next] afternoon,” said Betzinez, “we heard a howl from the hilltop to our left. There stood an Apache calling to us.” Geronimo and his warriors heard the report that “the main camp, now some fifteen miles distant, was in the hands of U. S. troops.”

”Thus the event which Geronimo had foretold… came to pass as true as steel. I still cannot explain it.”

Geronimo also gained the Chiricahuas’ respect as a medicine man, with battlefield surgical abilities that might have proven useful in Yale’s pre-med academic programs. “Usually about eight persons worked together in making medicine,” he said in his autobiography Geronimo: His Own Story, “and there were forms of prayer and incantations to attend each stage of the process.

“Some of the Indians were skilled in cutting out bullets, arrow heads, and other missiles with which warriors were wounded. I myself have done much of this, using a common dirk or butcher knife.”

Nearing 40 years old, Geronimo gained respect at another level among the Apaches. He became an exceptionally fierce warrior in a war-making society after a Mexican force massacred his band’s encampment, in northwestern Chihuahua, in 1858. “… I found that my aged mother, my young wife, and my three small children were among the slain,” he said in his autobiography.

A year later, Geronimo — driven mad by his thirst for revenge — led a Chiricahua Apache war party into battle against that same Mexican force in northern Sonora, on the western slopes of the Sierra Madre range. “… I thought of my murdered mother, wife, and babies… and I fought with fury. Many fell by my hand, and constantly I led the advance…

“… the Apaches had seen…

“Still covered with the blood of my enemies, still holding my conquering weapon, still hot with the joy of battle, victory, and vengeance, I was surrounded by the Apache braves and made war chief… ” (Such battlefield experiences would certainly have been enlightening for those Skull and Bones Society members who would someday hold the office of president of the United States and send our military forces into war.)

Over the next two and a half decades, as a prophet, a healer and a top-gun warrior, Geronimo would forge his place in American 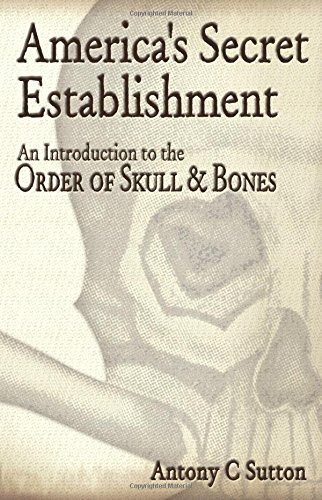 legend, alongside the fabled chiefs Cochise and Mangas Coloradas, although he never reached their heights in the tribal hierarchy. For nearly three decades, he capitalized on his skills to lead Chiricahua warriors on raiding parties across southeastern Arizona and southwestern New Mexico and into Chihuahua and Sonora. He led them in escaping from the hated Apache reservation in southeastern Arizona, taking them southward into Mexico’s Sierra Madre Mountains. He led them in desperate flight from U. S. and Mexican troopers and civilian militia. Finally, in early September of 1886, Geronimo, with the remnants of his band, dispirited, starving and defeated, gave up their quest. He surrendered to General Nelson A. Miles at Skeleton Canyon, in the Peloncillo Mountains, near the Arizona/New Mexico border.

Geronimo — promised by Miles that he would be reunited with family members on a forested reservation in the east — instead found himself imprisoned with other warriors at a squalid and disease-ridden prison in Florida. Still a prisoner, he was moved, finally reunited with his family, to Alabama and, then, in August of 1894, to Fort Sill, near Lawton, Oklahoma, where he put the Chiricahua way of life behind him. (Even so, he still did not find the door open to Yale.)

As a matter of fact, Geronimo “… became a very shrewd capitalist when the white way was forced upon him,” said S. M. Barrett in an

introductory note to Geronimo’s autobiography. “… he took on all the trappings of the white man’s civilization, becoming a farmer, a member of the Dutch Reformed Church, a Sunday school teacher, and a tireless promoter of himself, hawking photographs, bows and arrows at various fairs [including the 1904 World’s Fair in St. Louis] and exposition. He was one Indian who exploited the exploiters better than they could him.” And he may have wittingly have qualified himself here for Yale, which has a penchant for capitalism.

He also developed a passion for the white man’s drink.

In early February of 1909, at about the age of 80, Geronimo got drunk in Lawton. Coming home alone, in a stupor, he fell out of his buggy. He “lay all night on the road in a freezing rain,” said Barrett. “He was discovered the next day and taken to the hospital, where he died… ” still, technically, a prisoner of war.

Interred in the quiet, secluded but ill kept Apache cemetery at Fort Still, he had probably passed from this world with little notion of going to Yale. In fact, he had always yearned to return to the Chiricahua Apache homeland. Before his death he said, in his autobiography, that “It is my land, my home, my fathers’ land, to which I now ask to be allowed to return. I want to spend my last days there, and be buried among those mountains.”

His people still remember him by the Indian melody that he sang, “Geronimo’s song:

I fly upon the air

!There to find the holy place,

So how did Geronimo — seer, medicine man, warrior, capitalist and American legend — lose his head and go to Yale?

How Yale Recruited Geronimo On a night in late May of 1918, more than nine years after Geronimo fell, not to the white man’s rifles, but to his liquor, six young army officers from Fort Sill’s “School of Fire,” stole into the Apache cemetery on Beef Creek. Armed with picks, shovels and axes, they threaded their way quietly through Apache grave markers until they arrived at Geronimo’s resting place.

The Myth of the Limited SolutionLock and Load